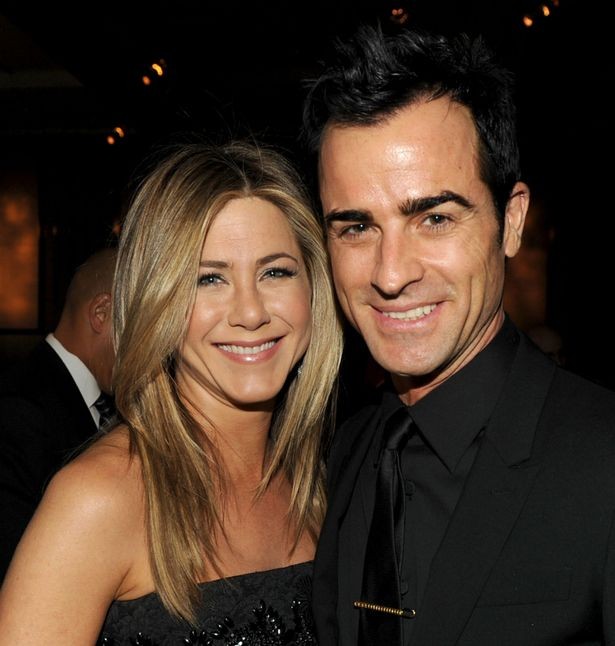 “Isn’t number two cotton? Am I supposed to get something cotton? So probably just a bag of cotton,” the actor joked to E! News, when asked about what he planned on getting his wife for a gift.

Aniston, 48, and Theroux, 45, wed in the backyard of their Los Angeles home on Aug. 5, 2015 in front of family and friends, including celebs such as her Friends pals Courteney Cox and Lisa Kudrow, Howard Stern, Jason Bateman, Ellen DeGeneres, Tobey McGuire, Sandra Bullock, Orlando Bloom, Rachel McAdams, couple John Krasinski and Emily Blunt and Jimmy Kimmel, who officiated the ceremony.

Most of the guests had no idea they were initially invited to a wedding! They thought they would be attending a birthday party for Theroux, whose birthday is on Aug. 10. Stern said on his SiriusXM radio show The Howard Stern Show that he was one of the few guests who knew the secret, as he was asked to prepare a wedding toast.

They’re also super adorable. Check out some of their cutest photos over the years.

Aniston and Theroux got engaged in 2012 after dating for more than a year.

They met on the set of the 2012 movie Wanderlust. Aniston told InStyle that year that it marked one of the most “idyllic” shoots she’s ever had.

“Why is he the right person for me? All I know is that I feel completely seen, and adored, in no matter what state,” Aniston told Marie Claire 2016. There’s no part of me that I don’t feel comfortable showing, exposing. And it brings forth the best part of myself, because I care about him so much.”

Congrats to the happy couple on their 2-year anniversary and here’s to many more!