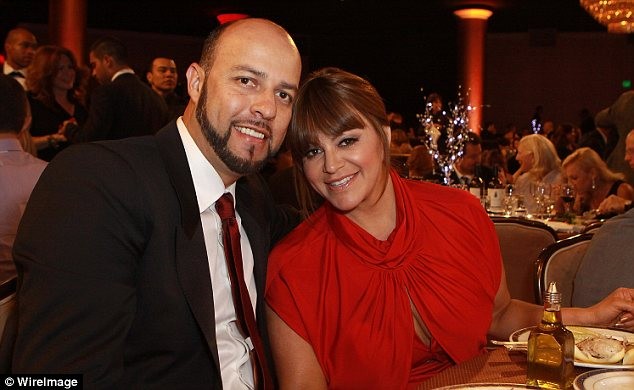 One thing is for sure, Jenni Rivera‘s legacy will forever live on in the hearts of her fans and especially her family.

Today, the late star would have turned 48 years old. In 2012, she died tragically in a plane crash.

“I love to see the love and passion people still have for you… you deserve that and so much more,” the star’s eldest daughter Chiquis Rivera captioned an Instagram post of herself kissing a poster of her mother.

Jenni’s children and siblings gathered in Los Angeles for the grand opening of the Jenni Rivera Boutique in the city of Huntington Park.

Rosie Rivera remembered her big sister with a touching post.

“Thank you for loving my kids. I love yours. I’ll protect them til my last breath. They are great kids sister. You did well. Today we give you a new boutique and #mariposadebarrio your own series. A chick from the hood’s story will inspire the world. I hope you love it. We all became who you said we would. You spoke it into life. From our hearts to heaven….. Happy birthday, sister,” she writes.

This past week Jenni Rivera: Mariposa de Barrio premiered on Telemundo as the true story of the iconic La Diva de la Banda. It offers an autobiographical tale based on an original script inspired on Jenni Rivera’s New York Times Best Seller, Inquebrantable as well as on unpublished testimonies from her family, close friends, and associates. The series covers the most important events in her life that carved her into the empowering woman that she was.

Angelica Celaya recently spoke to us about her preparation to play Jenni in the highly-anticipated series.

“Her youngest son Johnny Angel gave me a hard drive with Jenni Rivera’s personal videos, and I get to see Jenni in a light that where the cameras aren’t rolling or on stage performing but who she really is with her kids making them breakfast or putting them to bed. It’s very different from who she was on stage,” she tells E! News.

You can catch Jenni Rivera: Mariposa de Barrio every Monday-Friday at 8PM/7C on Telemundo.

(E! and Telemundo are both part of the NBCUniversal family.)