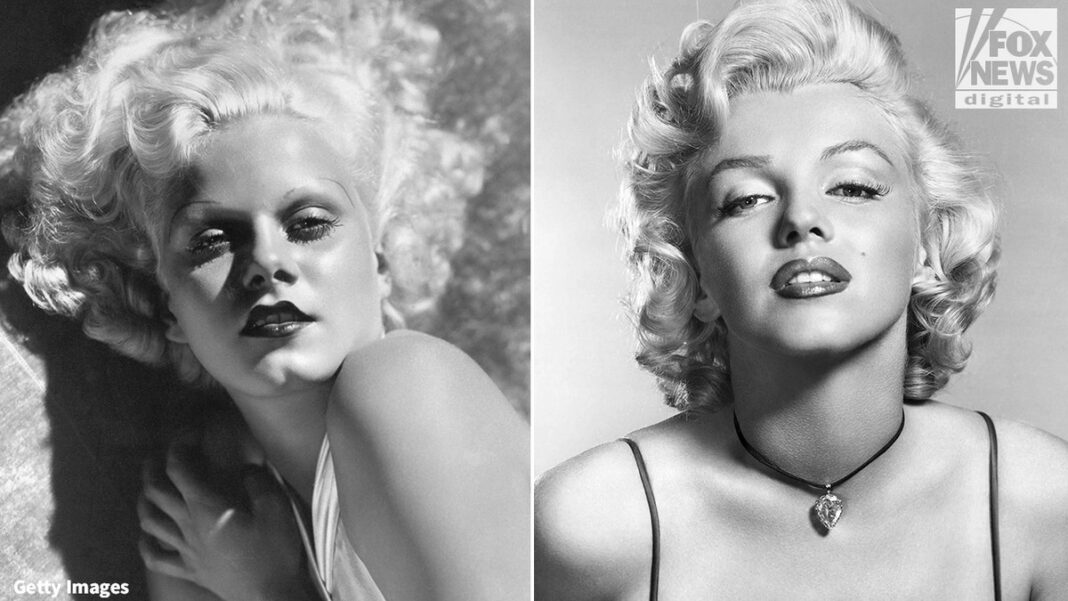 Marilyn Monroe is an idol to many decades after her death, but in her lifetime, she admired one actress who was also met with a tragic ending.

Jean Harlow, Hollywood’s original blonde bombshell who captivated audiences with her coveted curves, platinum tresses and comedic wit, died when she was just 26 years old in 1937. For years, rumors and conspiracy theories surrounding the sex symbol’s life have overshadowed her whirlwind, seven-year career. Now, one author hopes to set the record straight.

More than a century after the actress’ birth, Harlow expert and collector Darrell Rooney and Hollywood historian Mark Vieria teamed up to update their 2011 book “Harlow in Hollywood.” The new version, which was published on Oct. 18, features more than 280 rare images.

Rooney has amassed one of the world’s most significant collections of Harlow photographs and memorabilia. Images of Harlow can sell for as much as $14,000 and camera negatives for as much as $50,000. He told Fox News Digital that his original book became so popular among collectors that he struggled to find original copies online.

WAS ‘30S STAR MARION DAVIES A HOLLYWOOD MISTRESS PLAGUED BY SCANDAL? AUTHOR HOPES TO LET ‘HER STORY BE KNOWN’

“There’s nothing left – I’m scraping the bottom of the barrel going through eBay, trying to find copies,” he chuckled. “There’s a need, which is very satisfying… We decided that the new version would be updated with new photographs, things that have happened since 2011.”

Rooney noted that with the ongoing fascination surrounding Monroe, it is difficult not to take a closer look at her idol.

“Why is Jean Harlow relevant today? First, I want to put her in the timeline of Hollywood history,” he explained. “Sound came in 1929. Jean Harlow was the very first blonde bombshell who spoke and made sound on screen. She exploded on the screen in Howard Hughes’ movie ‘Hell’s Angels.’ And the moniker that the studio gave her at the time was the ‘Platinum Blonde,’ something that became a worldwide craze at the time. When she went over to MGM, they gave her a different name, ‘The Blonde Bombshell,’ because she was just this otherworldly blonde, and she was very funny.”

“… Ultimately, Marilyn Monroe came along,” he continued. “Jean Harlow was Marilyn Monroe’s idol. If there hadn’t been a Jean Harlow, there never would’ve been a Marilyn Monroe in that way. She’s very important today. She’s important because she had an incredible humanity about her. And what she wanted to do in films was have people sympathize with her. And the events that happened in her life made her accessible to people.”

Rooney said Harlow had a “very winsome, childlike quality to her,” which has been compared to the persona Monroe later created.

“The biggest misconception about Jean Harlow is that she was a dumb blonde,” said Rooney. “It’s just the natural thing. If you’re blonde and beautiful, and you don’t necessarily wear a bra, then you’re probably a hedonist and not very bright. That’s not who Jean Harlow was. She grew up an only child. She wrote a lot. She planned to be a writer when she was an adult. She became a movie star because her mother wanted to be a movie star. She was too old and she wasn’t photogenic. Her daughter was. She became a movie star for her mother. She always felt it was only going to last a certain number of years. And she was preparing to be a writer when it was over. In 1933, she wrote a novel called ‘Today is Tonight.’ MGM made sure it was never published in her life. It was published in 1965, so it does exist.”

Rooney said movie magazines described Harlow as a sex symbol who was so dependent on “Mother Jean,” that she could not get through the day without her. She was nicknamed “Baby.”

“The problem was that she was too enmeshed with her mother and she was never able to psychologically separate from her,” he said. “She tried when she was in her mid-twenties and died before she could ever really accomplish that.”

Like Monroe, Harlow’s private life seemed to be marked by grief. Her second husband, Paul Bern, an executive at MGM, died by apparent suicide in 1932 at age 42. For years, rumors alleged that Bern was impotent, and the embarrassment over the condition caused him to take his life. Others suspected that Bern was murdered by his first wife and that movie mogul Louis B. Mayer covered it up to save Harlow’s career. Her marriage to Bern only lasted mere months.

“The unfortunate part of going through a tragedy and a scandal like that with the death of your husband is that there were no healthy coping skills back in the 1930s,” Rooney explained. “The solution was to close the door on it. And that leads to things like alcoholism. He was a 42-year-old bachelor and she was a 21-year-old divorcee when they married. And two months later, he dies of a bullet wound to the head… Then it turns out he had a common-law wife. Then she dies… Jean Harlow had stayed the night with her mother when her husband died, so she had an alibi. What MGM did was blame everything on Paul Bern. They produced what they called a suicide note where he talks about his humiliation. And that this was the only way to absolve his guilt.”

“They said, ‘Paul Bern killed himself because he was impotent and couldn’t satisfy his younger, glamorous wife,'” Rooney shared. “This is incredibly salacious in 1932 and this is playing around the world… But the thing about Jean Harlow that’s interesting is that she didn’t go along with what MGM said. She said, ‘There was nothing wrong with my marriage.’ She kept insisting on it. She defied the studio, and she stood by her husband. And no matter what, she was going to stand by him. She proved to the world that she had this gallant heart.”

Rooney said Harlow’s great love was William Powell, a fellow actor in MGM who, like her, had Midwestern roots. Despite a highly publicized romance, Powell broke Harlow’s heart because he refused to marry her.

“She was always interested in older men, men who could protect her and make her feel secure,” said Rooney. “William Powell had been married to Carole Lombard. Their marriage only last a year or so, but they remained really good friends for the rest of their lives. But I also think it made William Powell very wary of marrying another blonde bombshell. He was wary of marrying another woman who had a career equal to his, if not bigger. I think he could not take that on a second time. But Jean was just crazy for him.”

Harlow married a third time in 1933 to cinematographer Harold Rosson. However, the marriage was short-lived. Harlow died before completing her last film, “Saratoga,” opposite frequent leading man Clark Gable. Some suspected Harlow’s death was caused by binge-drinking from a broken heart. Others claimed it was a botched abortion. Others wondered if her hairdresser’s concoction of Clorox, Lux flakes and ammonia to achieve her shocking blonde hair proved to be deadly. However, Rooney pointed out that Harlow was already suffering from poor health. Friends were so concerned by her gaunt appearance that they urged her to see a doctor.

“The myth has always been that Jean Harlow died because she had no medical attention – not true,” said Rooney. “She had advancing kidney disease… [Author] David Stenn obtained her medical records in 1993. In her teenage years, she had scarlet fever. Her mother didn’t bring in a doctor. When you get scarlet fever, there can be dangerous sideline infections. She had a post-streptococcal infection that went down to her kidneys, which was unknown. It took 10 years to manifest. In her time, there was no such thing as kidney dialysis or kidney transplant. There weren’t even antibiotics. She was doomed.”

Rooney hopes his book will introduce fans of Monroe to the woman he said was the prototype of the blonde bombshell. 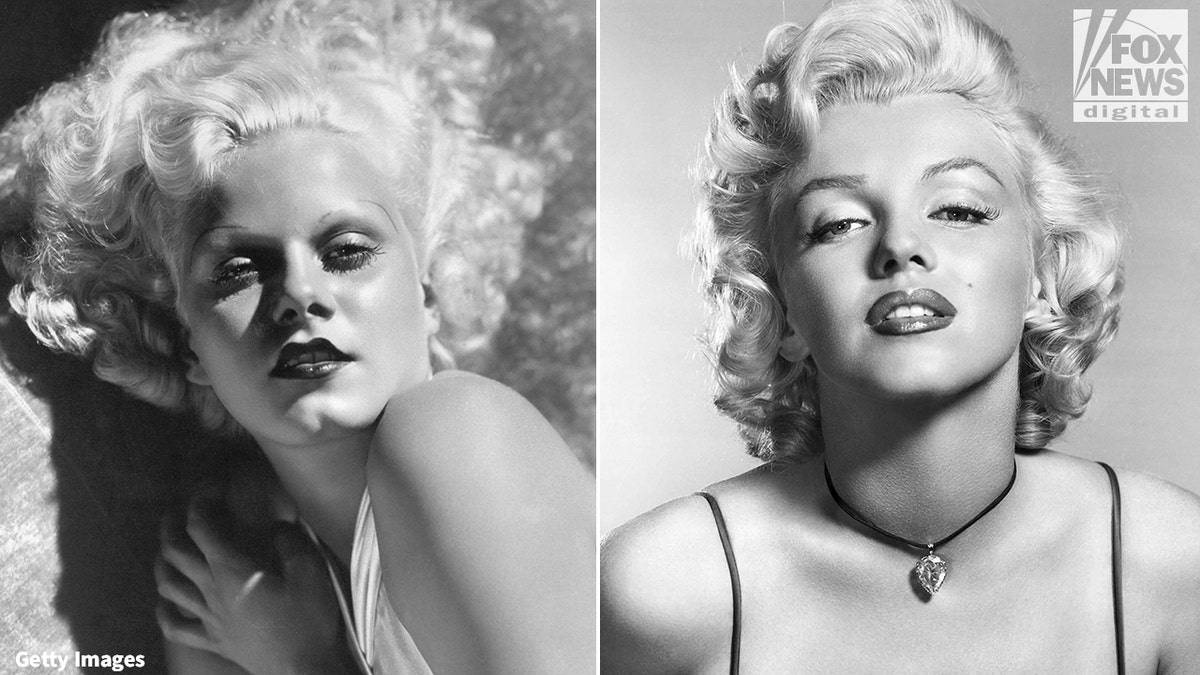