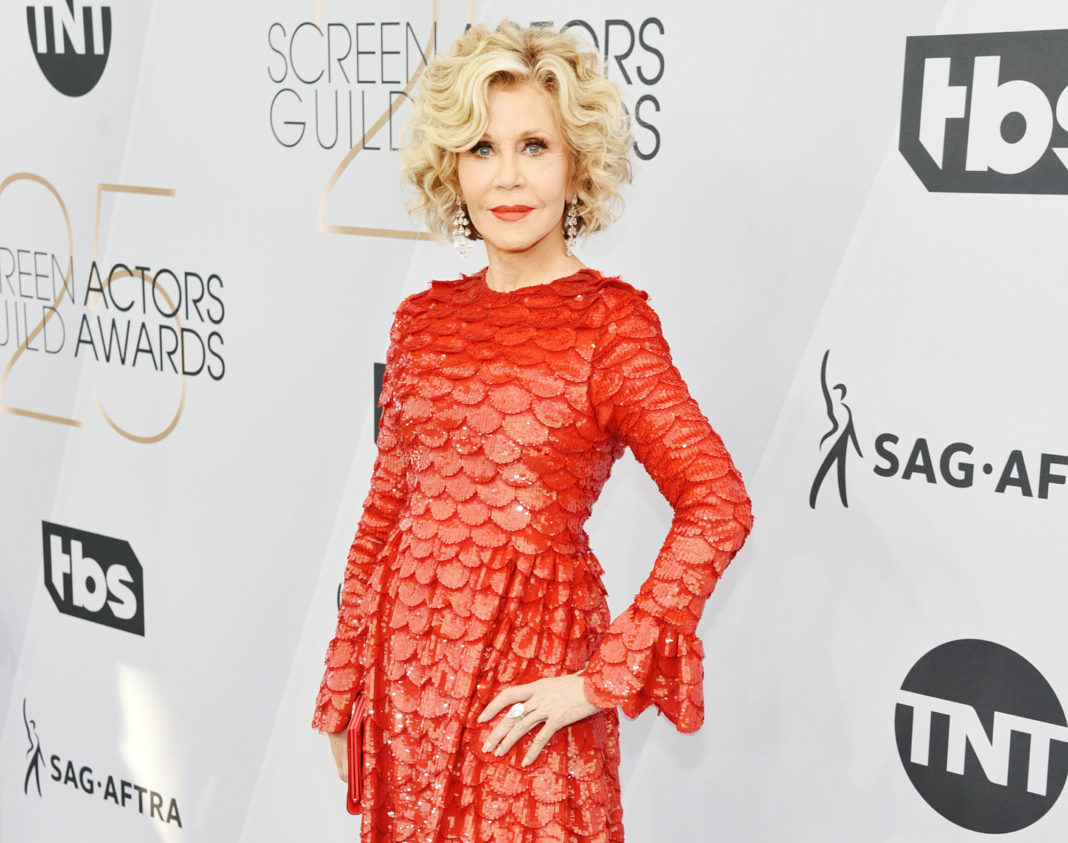 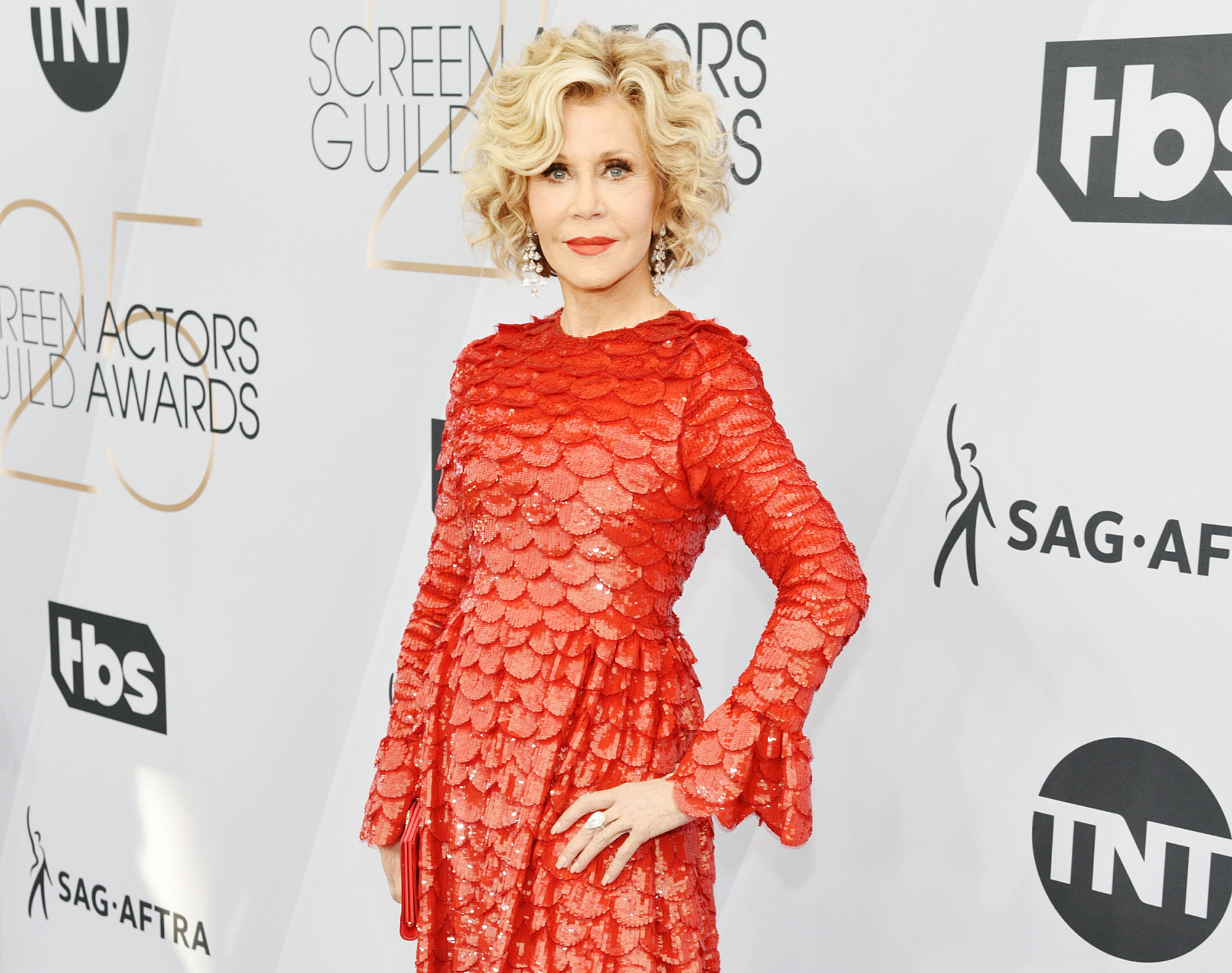 Throughout her life, Jane Fonda has battled her fair share of health issues, but she always comes out on top.

“I’ve had a lot of cancer,” the Oscar winner, 81, revealed to British Vogue in an interview published on Wednesday, April 3. “When I have a day off, I frequently go to my skin doctor and have things cut off me by a surgeon.”

Fonda went on to explain that she wore a “strange” white Yves Saint Laurent Couture dress “with all the ruffles” across her chest at the 2016 Golden Globes “because I’d just had a mastectomy.” 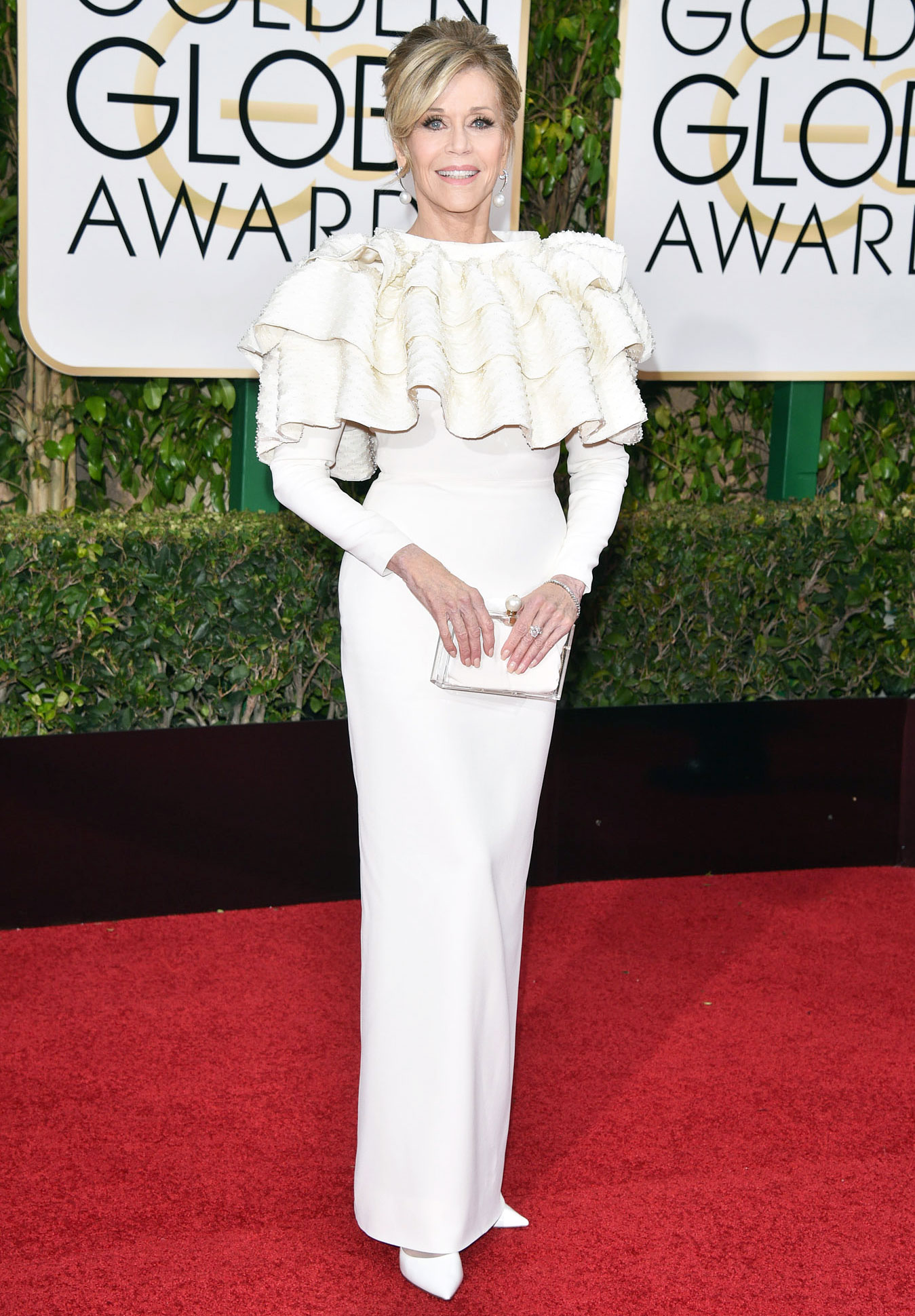 “I had to cover my bandages,” she recalled. “It’s an ongoing process. So, there’s that.”

In addition to multiple cancer scares, the Grace and Frankie star has undergone hip and knee replacement surgeries.

“I was just starting a new relationship and I had to be able to kneel,” she joked to the U.K. magazine. 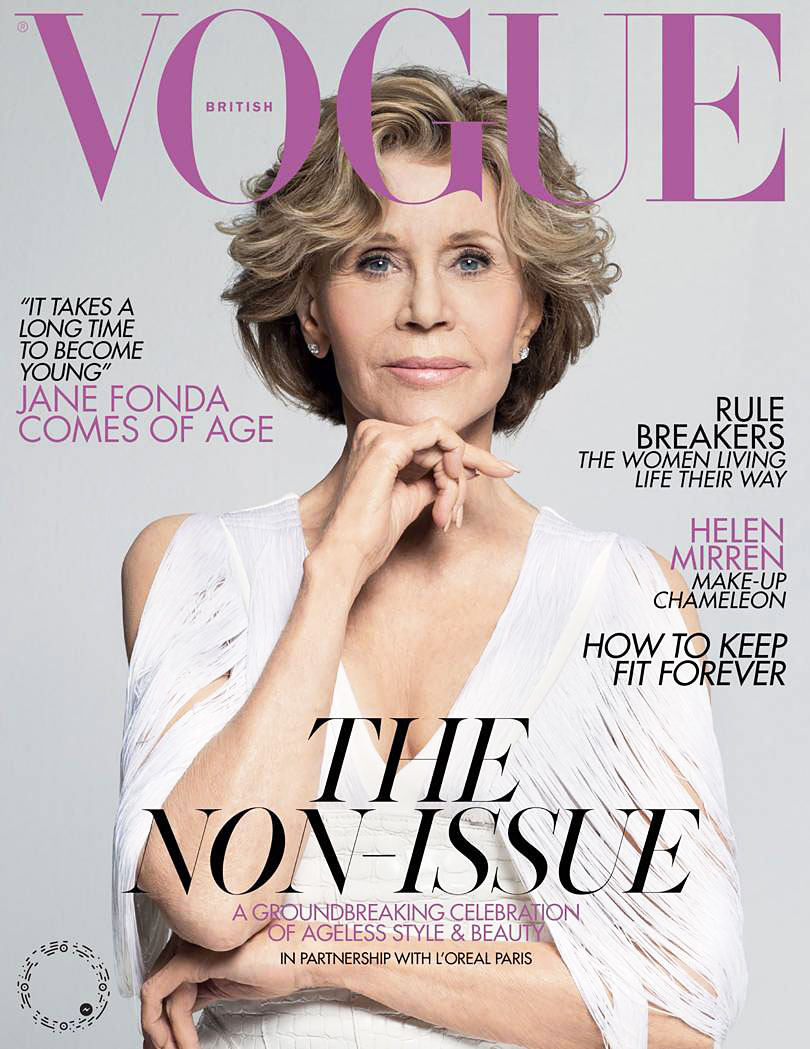 Jane Fonda on the cover of British Vogue.

In early 2018, Fonda was forced to address a cancerous growth that she had removed from her lip when she showed up for a series of promotional interviews with a bandage on her lip.

“I just had a cancer taken from my lip,” she said during the Build Series appearance at the time. “I thought it was going to heal in time before I came before you, but it’s fine. … I don’t normally go around like this.”

Later that day, the veteran actress quipped on The Howard Stern Show that the “world is falling apart,” so “what’s a lip?” But all joking aside, she insisted, “I’m going to be fine.”

In the midst of her health woes, Fonda has maintained a busy schedule. In January, Netflix renewed Grace and Frankie, in which she stars alongside Lily Tomlin, for a sixth season, slated for a 2020 debut.