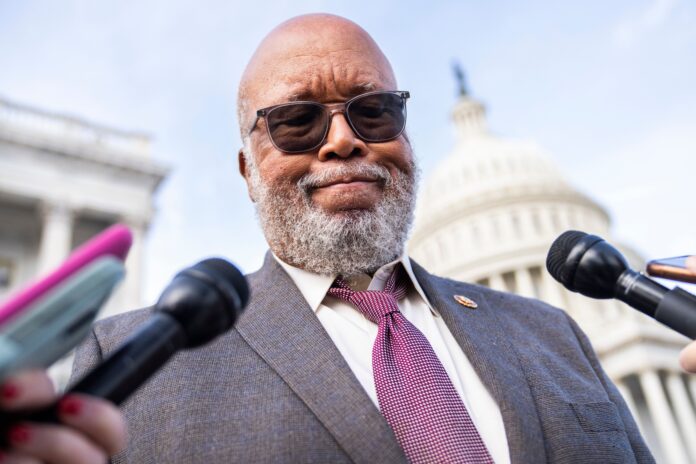 The House select committee investigating Jan. 6, 2021, insurrection may make its criminal referrals and other recommendations known as early as Monday, the panel’s chair said.

“We looked at the schedule, and it appears we can complete our work a little bit before that. So why not get it to the public as quickly as we can?” committee Chair Bennie Thompson (D-Miss.) said on Tuesday.

Thompson had previously told reporters the committee would hold a public vote on referrals — recommendations to the Justice Department for criminal prosecution — on Dec. 21. That’s also the date the panel intends to release its final report and make “some form of public presentation” on its contents.

Also read: Primatologist Jane Goodall Watched A Montage Of Trump And Her Analysis Was Something

It now seems the presentation and public vote will happen Monday, two days before the report’s release.

The report will still need to be completed by the end of this week to be printed on time, Thompson said.

A subcommittee of committee members who also are lawyers presented their recommendations on referrals to all members on Sunday.

Thompson said referrals would fall within five or six categories. They could include criminal or ethics complaints, among other things. He declined to comment on which individuals are under consideration.

Former President Donald Trump, along with five others associated with him and his efforts to subvert the 2020 election, is reportedly under consideration for referral to the Justice Department. They include Trump’s former personal lawyer Rudy Giuliani, attorney John Eastman, onetime White House chief of staff Mark Meadows, and former Justice Department official John Eastman.

Committee members have defended the significance of criminal referrals.

Also read: With Pan Am 103 Suspect In Custody, Spotlight Returns To 1988 Lockerbie Bombing

Rep. Adam Schiff (D-Calif.), who also sits on the subcommittee of lawyers within the panel, said the committee has amassed “evidence of criminality,” which it would like to present to the Justice Department.

“I think it makes an important statement, not a political one, but a statement about the evidence of an attack on the institutions of our democracy and the peaceful transfer of power, that Congress examining an attack on itself is willing to report criminality,” Schiff told CBS’ “Face the Nation” on Sunday.