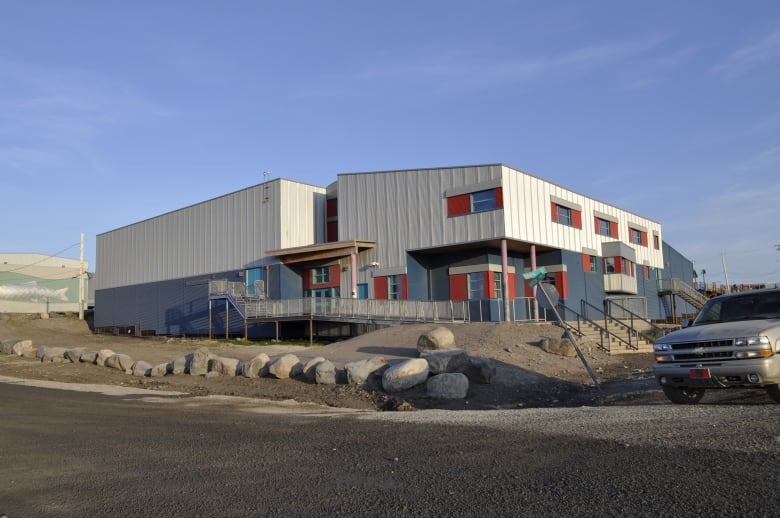 This is Part 2 of a three-part series on violence in Nunavut’s schools.

Teachers getting books thrown at their heads, punched in the stomach, and dragged by their hair. Students breaking windows, throwing chairs and setting wastebaskets on fire.

All are separate cases of violence in Nunavut classrooms.

The numbers don’t necessarily show the full picture, as there was no consistency in how schools reported and logged cases, and some school datasets were incomplete. And beyond the data, school violence is undoubtedly a complicated issue that requires careful study to identify possible root causes.

Nonetheless, educators confronted with the problem tell CBC News they suspect it is symptomatic of deeper social issues in Nunavut, such as housing scarcity, poverty and hunger, combined with a lack of mental health services — ongoing effects of colonialism that are beyond the control of children who act out.

“It wasn’t the kids. It wasn’t their fault,” said a former Nunavut educator, whom CBC News agreed not to name because she still works in the profession and fears harming future job prospects by speaking out.

When presented with the data collected by the CBC, Nunavut’s Education Department couldn’t answer what might be driving the problem of school violence.

“This is something that we really need to continue to look deeply into,” assistant deputy minister Sonia Osbourne said.

Educators who spoke with CBC News say the lack of mental health resources both in schools and in communities is failing students as well as teachers, who need assistance in helping students in distress.

“Kids are dying. Like you think about violence on teachers and violence on students and things like that, but then you also have to think about the violence on themselves,” said a northern Qikiqtaaluk educator, who also spoke on the condition of anonymity for fear of professional repercussions.

“The number of times that I’ve had students bawling … and I’m trying to call mental health because they say, ‘I’m going to kill myself.'”

But sometimes she can’t reach anybody to help, she said.

“I’m not necessarily trained very well in this. I’ve gotten trained on how to handle acute situations. But the lack of mental health resources, the lack of counselling, the lack of … I don’t know. There’s so much to it.”

In May 2019, Nunavut’s representative for children and youth published its first systemic review of the state of mental health services across the territory, with an entire section on services in schools.

The report found a lack of mental health training “had led some teachers to discipline students for poor behaviour instead of identifying the behaviour as a sign of a possible mental health issue.”

The representative’s office scolded the Education Department a year later, saying the government’s responses to the report’s 15 recommendations lacked “substance, commitment, collaboration, and a sense of urgency that the mental health of young Nunavummiut deserve.”

While the department sent updated responses last year, and says it is working on improvements, educators who spoke with CBC News say, as of right now, not much has changed.

“Kids have no coping strategies, no coping mechanisms and no support,” the northern Qikiqtaaluk educator said.

“Kids would just kind of be thrown out of the school, or you’d see them publicly humiliated in front of their peers. We have a predominantly Southern staff and a high [English as a second language] population where kids can’t necessarily communicate their frustrations in a healthy way, and they’re not getting the proper counselling or coping strategies.”

The other educator, who no longer works in Nunavut, said schools are a safe space for many students.

“They’re going through a lot of things at home. I’ve had students that have had 15 people in one household and they’re sharing two beds. There’s a lot of food insecurity. Just like, the fundamental needs aren’t there. I mean, I’m cranky when I don’t eat.”

Educators also say the lack of mental health services in communities is putting more pressure on schools to provide those services.

Nunavut Teachers’ Association president John Fanjoy said the issues with community mental health services include long wait times and other scheduling difficulties, and a lack of resources in smaller communities.

“So what we are saying is, if you can’t make that accessible in the community outside the school, put a trained guidance counsellor inside every building.”

Fanjoy said there are only four schools that have formal guidance counsellors “who are professionally trained to deal with students who have had traumatic experiences, who might be expressing what they’ve experienced in terms of being violent toward their fellow students or their teachers.”

“We’re putting [teachers] into a position where we’re asking them to support students with their mental health issues when they’re not receiving that training,” Fanjoy said.

Another educator who spoke with CBC News, and who also wasn’t named due to concerns about potential professional consequences, said it is “very difficult to help students through their mental health issues when they’re dealing with so many social issues at the same time.”

The educator said he received no mental health training aside from the applied suicide intervention skills training (ASIST).

ASIST used to be part of mandatory training for all new teachers, but Fanjoy said the government discontinued making it mandatory “a few years ago.”

Students have told me before that they don’t think they can talk to anybody.– Educator who worked in Nunavut

For its part, the government said it’s up to the District Education Authorities (DEAs) to allocate a guidance counsellor in their schools. But it would come at the expense of a teaching position.

“Most of our schools, they do not have a guidance counsellor because [DEAs] choose to use their teachers and classrooms to provide as many course options as possible,” said Osbourne, the assistant deputy minister.

Thirty-four schools in Nunavut have Ilinniarvimmi Inuusilirijiit, also known as school community counsellors, which the Education Department points to as supports in schools to deal with emotional wellness.

And while these counsellors do receive mandatory mental health training and play an “important role in providing mental health promotion, support, and culturally based counselling to students,” according to the report from Nunavut’s child and youth representative, “it is not their role to provide clinical mental health services.”

“They have their cultural knowledge, which is extremely important,” said the educator who left Nunavut. “But [students] also need proper mental health resources. And they’re just not getting it at all.”

She also said students regularly confide in teachers because they don’t feel comfortable opening up to the community counsellors.

“[Counsellors] know who [the students] are and they talk to different people. And a lot of times what is said isn’t kept in confidence. So they would come to the Southern teachers because … it’s almost like getting a fresh perspective because we don’t know who their families are.”

The educators who spoke with CBC News also acknowledged the challenges of the transient nature of Nunavut’s teacher workforce — a sentiment echoed in the child and youth representative’s report when it comes to the territory’s overall mental health workforce.

Heading into the 2019-2020 school year, 50 per cent of Nunavut’s teaching positions were vacant.

“With transitional staff, it’s just back to square one every time,” the northern Qikiqtaaluk educator said. “And that trust isn’t necessarily there, nor would it be there within the first of a while.”

The educator who no longer works in Nunavut also said students have become so used to seeing teachers come and go, they build walls that hinder developing trusting relationships.

“Students have told me before that they don’t think they can talk to anybody. You know, I’ve had amazing relationships with some of the students and then I left as well. So there’s just no consistency for them. And that’s probably a huge part.”

If you’re Indigenous and experiencing emotional distress, call the First Nations and Inuit Hope for Wellness Help Line at 1-855-242-3310.