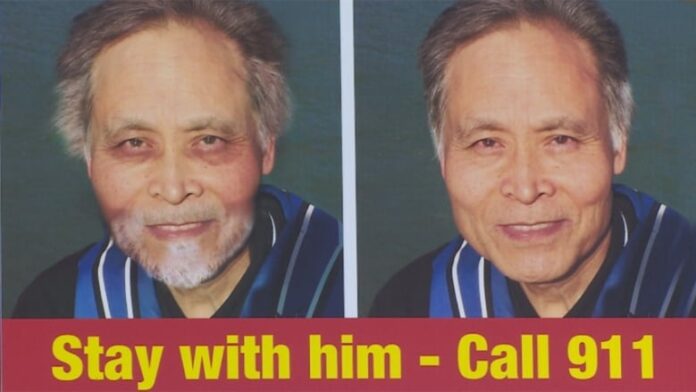 When a senior with dementia goes missing, could a Silver Alert help find them quickly?

Advocates like Sam Noh believe a system similar to Amber Alerts for missing children could get potentially life-saving information out to as many people as possible through smart phones, email, radio and TV networks.

Noh’s father, Shin Noh, was just 64 when he went for a walk in September 2013 in Coquitlam, B.C., and never returned. It took a day or two for word to spread about his dad’s disappearance. Once it did, Noh said he heard people had seen his dad in the first day, but didn’t know to report it.

“The chance of survival decreases after 24 hours. If we had the Silver Alert program, we could quickly spread that information about the disappearance,” Noh told CBC’s All Points West.

Shin Noh’s disappearance inspired a private member’s bill aimed at creating a Silver Alert in B.C. in 2014, but the bill failed.

Manitoba has legislation to use Silver Alerts, but they are handled differently from Amber Alerts. The notice isn’t sent to everyone’s cellphone. Instead, as with a missing person’s report, the alert is sent by police only to local media outlets and others who have subscribed to police releases. Still, more sensitive information than usual can be included.

Police have warned of alert fatigue, which happens when people see too many alerts too often, and become desensitized. Noh agrees with a localized approach.

“I think there should be a geo-targeted approach, where if someone has gone missing in Chilliwack, there’s no need to notify the whole province of British Columbia,” Noh said.

Getting the word out

Twice in October, seniors with Alzheimer’s disease have gone missing while walking in Greater Victoria, B.C. In both cases, Saanich Police used Facebook, Twitter, and traditional press releases to spread the word. Both people were found safely with the help of search and rescue.

Det. Staff Sgt. Chris Horsley said it’s hard to compare those situations to the ones that trigger Amber Alerts.

“Often, all we have to go on is identity, and potentially a photo,” said Horsley. “The circumstances that would lead to alert are very different also.”

Families of people with dementia have time to prepare recent photos, descriptions of clothes and even videos that could help identify a missing loved ones.

In Chilliwack, B.C., the body of a senior who had dementia was found on Saturday, four days after he was reported missing. Iaon Pop, 79, left the house to go for a walk and fell.

His daughter wondered if his case would have ended differently, if more people had known he’d disappeared.

“It took probably at least 24, 48 hours for the word to go out. A lot of people didn’t even know he was missing,” Wickham said Sunday.

Debra Sheets, professor of nursing at the University of Victoria, favours the Silver Alert, saying it could help find missing seniors in those crucial first 24 hours.

Since there’s no alert system in B.C., she said it’s key for families of seniors who are prone to wandering to make use of technology including sensors on doors that sound when opened or GPS trackers in shoes or bracelets.

B.C. woman’s death has been solved after 27 years, but for some, the wounds are still fresh

‘I am one of yours forever,’ departing Serge Ibaka tells Raptors fans

How COVID-19 has forged new friendships