Robert De Niro says he’s not concerned about losing fans over his criticisms of President Donald Trump, adding that the current level of political discourse in the U.S. “is not normal.” (April 18) AP

NEW YORK — Martin Scorsese, the director of such legendary crime dramas as “Goodfellas” and “Mean Streets,” returns to the genre with the highly anticipated “The Irishman,” which has its world premiere at the New York Film Festival Friday night.

And according to journalists who screened the 3½-hour gangster epic Friday morning, Scorsese’s latest delivers.

” ‘The Irishman’ is a masterwork,” SlashFilm’s Chris Evangelista wrote on Twitter after viewing the movie. “Funny, epic, and most of all, melancholy. It’s Scorsese confronting aging, legacies, and mortality. I may or may not have teared up at the end.”

“An instant Martin Scorsese crime classic that’s everything you want to be, and more,” said The New Flesh horror movie podcast host Brett Arnold. “(It’s) De Niro’s best work in ages,” and the running time was “no problem. Absolutely did not feel its length.” 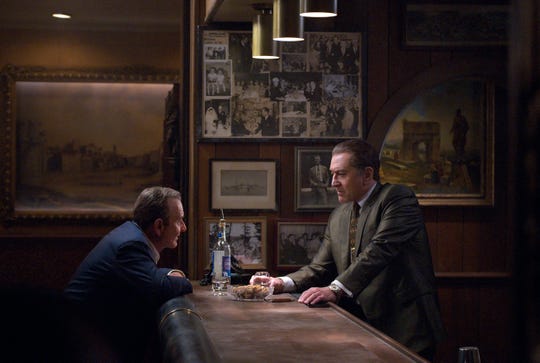 Others called it a “greatest hits album from a master of the medium” and a “fitting homecoming” for Scorsese, who re-teams with his “Goodfellas” and “Casino” stars Robert De Niro and Joe Pesci for the film, which is based on Charles Brandt’s 2004 true-crime memoir, “I Heard You Paint Houses.”

Like the book, the decades-spanning “Irishman” follows Frank Sheeran (De Niro), an Irish-American Army vet-turned-truckdriver who in the 1960s and ’70s, worked as a hired gun for Mafia boss Russell Bufalino (Pesci). Frank is soon introduced to crooked Teamsters union leader Jimmy Hoffa (Al Pacino), and their close friendship sparks some of the film’s most hilarious and heartbreaking exchanges.

Pacino, who famously co-starred with De Niro in “The Godfather: Part II” and “Heat,” gets many of the drama’s most memorable lines, with musings about the Kennedys, frozen fish and waiting etiquette that already feel like instant classics.

Some journalists are already saying Pacino is a “lock” for a best supporting actor Oscar nomination, calling it a career-best performance. The eight-time Oscar nominee was last recognized in 1993, when he won best actor for “Scent of a Woman.” Al Pacino could be back in awards contention for his scene-stealing performance as real-life labor leader Jimmy Hoffa in “Irishman.” (Photo: NETFLIX)

“Irishman” started production nearly two years ago in New York, and took 118 days to shoot. The Netflix-produced drama carries a hefty price tag of a reported $159 million, in part because of the de-aging technology used on De Niro, 76, whose character ages from his mid-20s to early 80s over the film.

“We couldn’t get (financial) backing for years,” Scorsese said at a post-screening press conference, explaining how he looked to De Niro in “Goodfellas” as reference for the younger Frank. “It’s a costly experiment, but Ted (Sarandos, Netflix’s chief content officer) and everyone at Netflix was like, ‘We’ll go with it.’ “

“The Irishman” will be released in theaters Nov. 1 in New York and Los Angeles, before expanding wider. It will then debut on Netflix Nov. 27.

Reviews are embargoed until 8 EDT Friday night, but until then, you can read more reactions from the first festival screening below.

Boy. #TheIrishman is a fitting homecoming for De Niro, Pacino, Pesci, and Scorsese’s ode to gangster cinema. Hilarious and sharply written. A portrait of mortality and legacy, told like a culmination of everything we have ever seen in this genre. It’s LONG but never boring. #NYFFpic.twitter.com/OBTAXem4On

THE IRISHMAN is a masterwork. Funny, epic, and most of all, melancholy. It’s Scorsese confronting aging, legacies, and mortality. I may or may not have teared up at the end…

THE IRISHMAN: An instant Martin Scorsese crime classic that’s everything you want to be, and more.

De Niro’s best work in ages, Pesci lights up the screen, and Al Pacino as Jimmy Hoffa screaming about the Kennedys is the peak of cinema!

THE IRISHMAN – Audacious, epic, a film that feels like it spans lifetimes yet whisks by. Technically bold, performances raw and darkly humourous, it is the culmination of Scorsese’s genre fascinations, and a late career triumph. Truly cinematic, demanding to be seen big #nyff57

THE IRISHMAN: Think GOODFELLAS, but directed by the man who gave us SILENCE. A culmination, meditation and tribute to every Scorsese/De Niro/Pesci collaboration. And yet, Al Pacino towers over all of them with a funny, sad and haunting performance as Jimmy Hoffa.

THE IRISHMAN is like a greatest hits album from a master of the medium. Yes, that’s a positive.

The artifice of de-aging is more feature than bug.

This is not a review! Those are embargoed.

Watching De Niro, Pesci, and Pacino fire on all cylinders together shattered me to pieces. This is what I live for. The Irishman is rapturous. 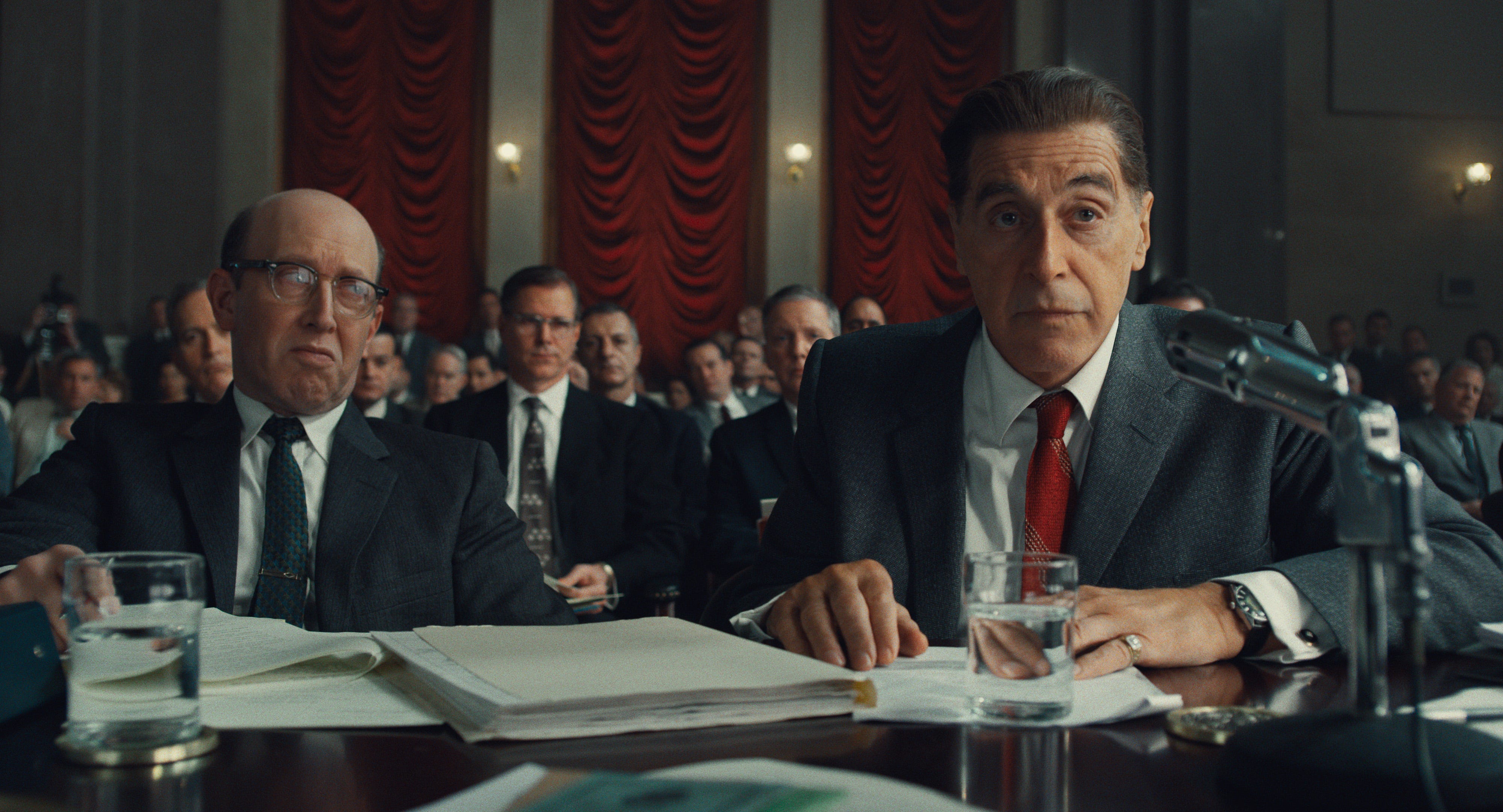