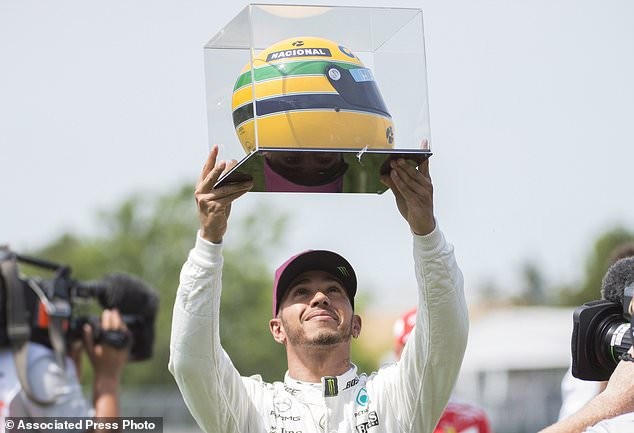 Lewis Hamilton revived his bid for a fourth driver’s world title on Sunday when he cruised to victory in the Canadian Grand Prix ahead of his Mercedes teammate Valtteri Bottas.

It was the three-time champion’s sixth victory at the Circuit Gilles Villeneuve – where he claimed his maiden triumph in 2007 – as well as his third this season and the 56th win of his career.

Hamilton took full advantage of his 65th pole position and led from lights to flag to finish 15 seconds clear of Finn Bottas who, in turn, was 15 seconds ahead of third-placed Australian Daniel Ricciardo of Red Bull.

It was the Mercedes team’s first one-two finish of the year and clear proof of their recovery after a disappointing weekend at last month’s Monaco Grand Prix.

Hamilton’s win cut championship leader and four-time champion Sebastian Vettel’s advantage to 12 points after the Ferrari man lost out at the start and, after an early pit stop for repairs, fought back to finish fourth.

Vettel’s front wing was damaged when he was passed by Max Verstappen of Red Bull at the start, the Dutchman running in a strong second place until he retired with electrical problems after 11 laps.

Mexican Sergio Perez finished fifth after a bruising battle with his Force India teammate Frenchman Esteban Ocon, who was sixth.