Iranians tried to hire private investigator to spy in Canada 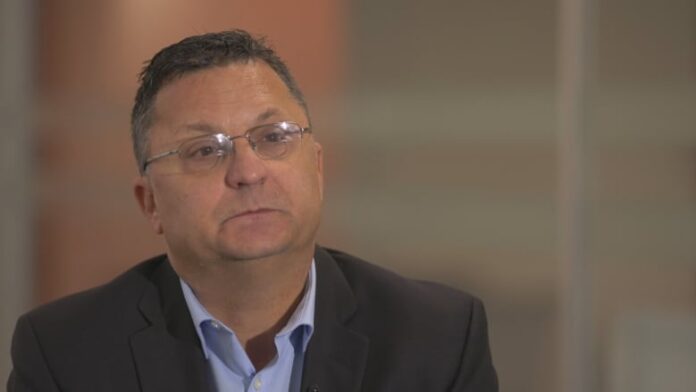 A member of an Iranian intelligence network attempted to hire a private investigator in Canada to conduct surveillance on anti-regime activists, The Fifth Estate has learned.

Kiya Sadeghi is wanted by the FBI in the United States along with three other Iranian intelligence operatives for allegedly plotting to kidnap exiled Iranian journalist and activist Masih Alinejad from her home in New York City.

According to a June 2021 indictment filed in U.S. District Court, Southern District of New York, Sadeghi used false pretenses to hire private investigators in the United States, Canada and the United Kingdom to conduct surveillance on Alinejad and other dissidents.

“Sadeghi falsely claimed that he worked for a company located in Dubai and was looking for individuals who owed money to or who had stolen money from his client,” according to the indictment filed by the U.S. Department of Justice.

The story was all an alleged ruse by Iranian intelligence meant to cover the true objective — which was to gather information to plan a kidnapping.

“Maybe for you it’s like a scary movie or fiction or like a Hollywood film, but to me and millions of Iranians, kidnapping is like in the DNA of the Islamic Republic,” Alinejad told The Fifth Estate in an interview.

WATCH | How the Iranian regime tries to silence dissidents abroad:

The U.S. government alleges the Iranians were watching Alinejad in the summer of 2020 and  plotting to snatch her from her home in Brooklyn, N.Y., and take her to a waiting speedboat that would ferry her to Venezuela. From there, she would be taken back to Iran.

In the summer of 2020, Sadeghi also reached out to Canadian private investigators under false pretenses, including Kevin Bousquet, who owns a company based in Burlington, Ont., called The Corpa Group Inc.

The Fifth Estate has obtained emails between Sadeghi and Bousquet from late June 2020.

The initial email query was unremarkable, just one of numerous requests Bousquet said he regularly receives in his inbox. But he soon saw red flags.

In an email from Sadeghi on June 25, 2020, he said: “I am contacting you on behalf of a client  looking for a missing person from Dubai, U.A.E., who has fled to avoid debt repayment.”

Sadeghi claimed to be from a company in Dubai.

“We require your services to conduct a surveillance on [a] potential address of [a] missing person. The address is located in Ottawa. Can you please advise us accordingly,” the email said.

Bousquet immediately responded: “Do you have date of birth … what basic information do you have?”

“Thanks for your reply. Yes, my client has full name and birth date information. Those will be given for [the] second step,” Sadeghi said. “He has requested that firstly he requires photos of people living and visiting an address in Ottawa during a 48-hour period.”

Bousquet followed up with more questions: What was the exact address? How many days of surveillance? Forty-eight hours around the clock?

A few days later, Sadeghi emailed back. The location had changed: “My client has gotten some new addresses of suspect, the new address is a store in Yorkville, Toronto area. He has also gotten name and family name.”

The target was a woman.

‘A recipe for disaster’

Sadeghi was requesting “surveillance on [a] store and pictures/videos of herself, her partner and motor vehicles.”

Sadeghi also instructed Bousquet that he wanted a “home address” and “background and asset search.”

“I guess the big red flag of them all was … they wanted to come out and ultimately interview this female to try and collect the debt.” Bousquet told The Fifth Estate. “I mean, that’s a recipe for disaster … this has got police, fire, ambulance written all over it. It’s going to go bad.”

Bousquet said he never did get a name or an address. He declined the job and never thought about it again until he got a call this past spring, nearly two years later, from Canada’s spy agency, the Canadian Security Intelligence Service (CSIS).

“I can’t really disclose too much because I don’t want to interfere with what they were doing, but this was the first time I had heard of it,” Bousquet said.

Two weeks after CSIS came calling, Bousquet said, he got a call from an RCMP officer.

“His main focus was just to make sure 100 per cent that I didn’t work for anybody in this thing, which I didn’t,” Bousquet said.

A visit from CSIS

While Bousquet didn’t take the job, according to the U.S. indictment, Sadeghi did succeed in hiring private investigators in Canada under false pretenses who conducted surveillance on three people — identified only as “Victim 2, Victim 3 and Victim 4.”

PIs in Canada allegedly “took surveillance photographs and videos of the targets’ work and residences and conducted background research on their families, professions and assets.”

Neither the identity of the Canadian targets in the U.S. indictment nor the PIs hired to watch them has been revealed.

Alinejad told The Fifth Estate she doesn’t know the identities of the Canadian targets.

“I wanted to let them know to be careful,” she said. “And I asked the FBI many times, but they said that they actually passed the information to Canadians.”

Vancouver-based Iranian Canadian musician and podcaster Ramin Seyed-Emami is an outspoken critic of the regime. Seyed-Emami, whose stage name is King Raam, says his podcast Masty o Rasty (The Drunken Truth in Farsi) has been downloaded 40 million times since he started it in 2020. 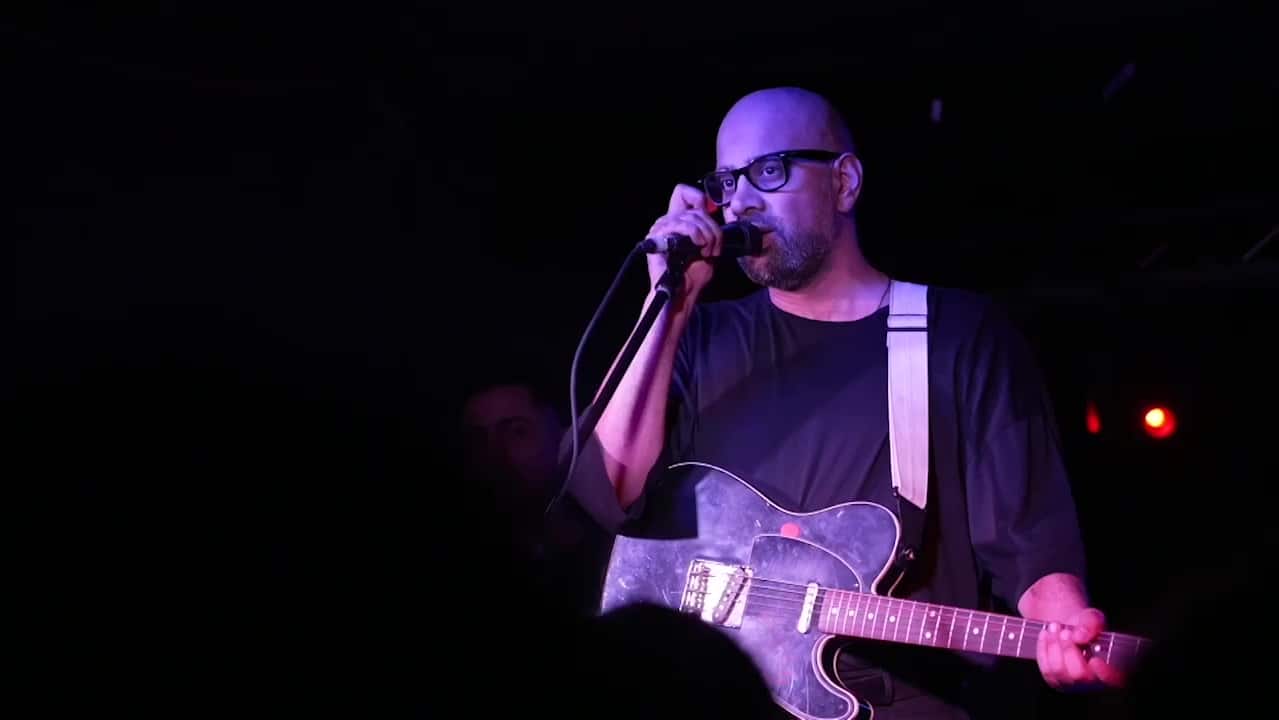 In a meeting with a representative of CSIS, an outspoken critic of the regime in Tehran, Ramin Seyed-Emami, was advised not to travel to countries bordering on Iran because he could be kidnapped.

In the summer of 2021, he received a visit from a representative of CSIS on behalf of the FBI, he said.

“Essentially what he was telling me was that there was a kidnapping and an assassination attempt on Masih Alinejad’s life. This is before the news had broken out about this publicly. And the information came to them from the FBI,” Seyed-Emami told The Fifth Estate.

“It was terrifying hearing these things all of a sudden in Vancouver, having the secret agents be at my home and telling me — informing me of this and that my life could be under threat because there was a list, there were some people the Iranian regime wants to get rid of.”

Seyed-Emami’s father, Kavous Seyed-Emami, a professor and environmentalist, died in custody in Tehran’s Evin prison in 2018 after being accused of espionage. CSIS would not confirm Ramin Seyed-Emami was on a list of targets, but he said they warned him not to travel to countries bordering on Iran because he could be kidnapped.

In 2019, Iranian dissident journalist Ruhollah Zam was lured from France to Iraq with the promise of meeting Iran’s Grand Ayatollah Ali Sistani. But instead, Zam was arrested when he went to Iraq and turned over to Iranian authorities. He was taken back to Iran, tried and hanged for using his media outlet Amad News to organize anti-government protests.

Iran’s regime has been trying to silence Alinejad for years. Her Stealthy Freedom and White Wednesdays social media campaigns have invited women in Iran to post pictures of themselves without the compulsory hijab — which is illegal in Iran and punishable by lashes and prison time. Alinejad’s Instagram page has more than eight million followers.

Since the death in September of 22-year-old Mahsa Amini while in custody in Iran, after her arrest for allegedly wearing her hijab improperly, Iranian women have been on the front lines of mass protests calling for regime change.

Alinejad, who left Iran 13 years ago, is in the protective custody of the U.S. government and has lived in a series of safehouses since the attempted kidnap plot was foiled in 2020.

Last July, a man was arrested after he was caught lurking outside Alinejad’s home in Brooklyn. A loaded AK-47 and ammunition were found in the man’s car.

The Fifth Estate spoke to a number of Iranian Canadian dissidents who say they have been warned by CSIS and the RCMP to be careful.

Iranian Canadian author and activist Hamed Esmaeilion — who lost his wife and nine-year-old daughter when Iranian missiles downed Ukraine International Airlines Flight 752 on Jan. 8, 2020 — has organized mass protests against the regime in Canada and around the world. He has received a number of death threats, but he said he doesn’t receive protection from the RCMP.

“I talked to them and they said that they’re dealing with several issues, I mean Ukraine, Russia,” he told The Fifth Estate. “They don’t have resources to actually have protection for every single person who is acting against the Islamic Republic.”

The RCMP and CSIS would only say that they are investigating threats to Canadians by the Iranian regime.

CSIS “is aware that hostile state actors, including the Islamic Republic of Iran, monitor and intimidate Canadian communities,” the agency said in an emailed statement.

“CSIS takes these threats seriously, and continues to collect information and investigate reports of Canada-based individuals having experienced harassment and intimidation from threat actors linked to the Islamic Republic of Iran.”