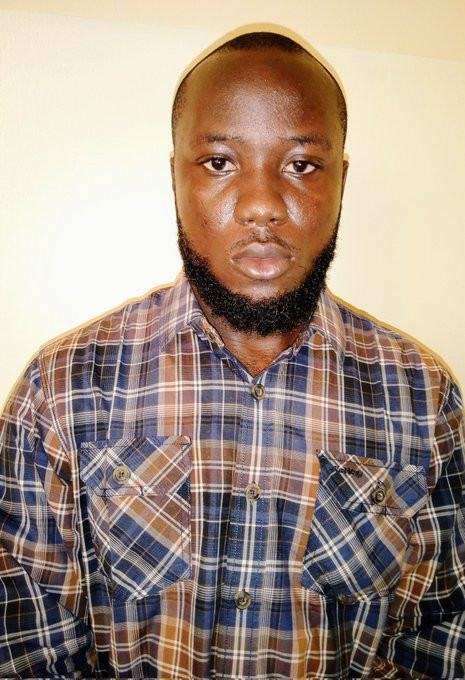 Justice A. T. Mohammed of the Federal High Court sitting in Port Harcourt, Rivers State has convicted and sentenced one Japheth Tallick Friday to two years imprisonment for impersonation contrary to section 22 (2) (b) (i) of the Cybercrimes (Prevention, Prohibition, etc.) Act, 2015 and punishable under section 22 (2) (b) (iv) of the same Act.

He was convicted upon an arraignment by the Economic and Financial Crimes Commission EFCC, Port Harcourt Zonal Command on one count Charge.

“That you Japheth Tallick Friday on or about the 23rd September 2021, at Port Harcourt did fraudulently impersonates Chris Dent with intent to gain advantage for yourself and thereby committed an offence contrary to Section 22 (2) (b) (i) of the Cybercrimes (Prevention, Prohibition, etc) Act 2015 and punishable under section 22 (2) (b) (iv) of the same Act”.

He pleaded “guilty” to the charge preferred against him.

In view of his plea, prosecution counsel, N. A. Dodo prayed the court to convict and sentence the defendant accordingly.

Justice Mohammed convicted and sentenced the defendant to two years imprisonment with an option of fine of One Million Naira (N1, 000,000.00) payable into the Consolidated Revenue Account of the Federal Republic of Nigeria.

The judge also ordered that a Toyota Corolla 2009 Model (RGM 05RG), 55 inch Hisense TV, HP Laptop, one Blue iPhone 12, one gold-colored iPhone, one blue hard drive, and one gold chain which are proceeds of crime be forfeited to the Federal Government through the Secretary of the Economic and Financial Crimes Commission EFCC, or any other person (s) authorized by him in line with Section 31 of the Economic and Financial Crimes Commission Establishment Act, 2004 and proceeds paid into the EFCC Recovery Account domiciled in Central Bank of Nigeria. Additionally, the defendant shall undertake to be of good behavior henceforth.

Friday’s journey to the Correctional Centre started when the Commission received an intelligence report on the activities of some internet fraudsters around Eagle Island, Port Harcourt, Rivers.

The convict was arrested in a sting operation on the 10th of November, 2021at Elder Wobo Apara Street, Eagle Island, Port Harcourt.