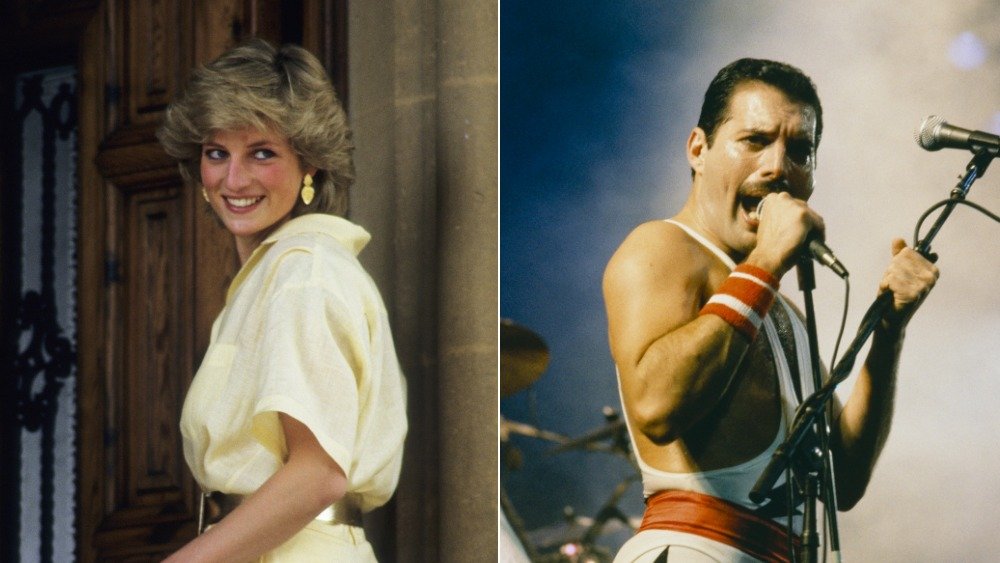 Inside Princess Diana’s sneaky relationship with Freddie Mercury, After deciding to dress Princess Diana up in classic drag king style, comedian Kenny Everett reportedly rifled through his closet to come up with the proper attire for the royal’s night out, which included an army jacket, aviator glasses, and a leather hat (via Rolling Stone). Ultimately, the only thing crazier than the outfit itself was the fact that it actually worked.

“Scrutinizing her in the half-light,” Cleo Rocos wrote in her 2013 memoir Kenny and Me: Bananas Forever, “we decided that the most famous icon of the modern world might just -– just -– pass for a rather eccentrically dressed gay male model.”

All four eventually departed for the bar, and Diana’s incognito look — paired with the fact that Freddie Mercury, Everett, and Rocos were celebrities at the height of their fame — ensured that the People’s Princess remained undetected, with both Freddie and Diana “giggling” all the while. (To be fair, the fact that their visit only lasted about 20 minutes might have had something to do with the success of their scheme.)

While only Rocos would live long enough to recall their night of mischief — both Everett and Mercury died of AIDS-related causes in the 90s, and Diana was killed in a car crash in 1997 — we are grateful for the intimate glimpse into the friendship between two of the most significant figures of the 20th century.