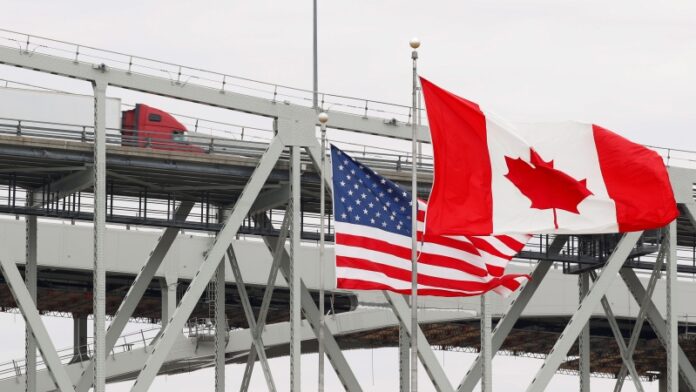 In the years since a hit-and-run driver left Patricia Anne Peters for dead on a highway north of Whistler, B.C., in the middle of an October night, she has faced plenty of hard choices.

Stay angry at a stranger who left her in a wheelchair or try to be positive. Drink and party like she used to or clean up. Look to the future or stay stuck in the past.

The 39-year-old mother of two celebrated six years of sobriety last week. And to her amazement, she also saw a B.C. Supreme Court judge hold a man responsible for her injuries.

“I don’t want to hold on to hatred toward him because this is my body, this is my spirit,” said Peters.

“I want to be able to just forgive him and let it go and move forward from here because it’s in the past and there’s nothing I can do about it. But I can move forward and try to make my situation the best I can.”

A red pack of cigarettes

Although Peters won her court battle in February, the written decision finding Bird liable for running over her was only posted this week.

Bird has never been charged criminally, but Justice Lance Bernard found circumstantial evidence convincing enough to level a civil court judgment against Bird and the company he worked for at the time of the hit-and-run. They have been assessed 75 per cent liability for damages caused to Peters.

The dollar amount of the damage has yet to be assessed.

The Insurance Corporation of British Columbia, which provided coverage for the driver and was also a party to the suit, is appealing the ruling.

Peters has no memory of the accident. She admitted in court to being “pretty intoxicated” after attending a party in Mount Currie, 40 kilometres northeast of Whistler, on the night of Oct. 16, 2013.

She was walking home along Highway 99 to the tiny nearby community of D’Arcy. The unlit road runs a single lane in either direction in that area. Peters blacked out close to midnight and woke up in Vancouver General Hospital with most of the bones on the left side of her body broken.

She remember little from that night. But she did recall what turned out to be one crucial detail: she was smoking cigarettes from a red pack of du Mauriers.

Almost a year after Peters was struck, a Squamish woman named Patricia Harris called the RCMP to say she had been assaulted by her boyfriend, Glen Bird.

During that interview, Harris said Bird had told her the previous October that he had just run over and killed a man as he was driving his logging truck through the Mount Currie area.

Harris said Bird had told her about the incident through text and telephone calls. She recalled certain details in court.

“That the collision occurred at an intersection, that the man he struck and killed was lying off to the side of the road and sat up just before he ran over him and that the man had a package of du Maurier cigarettes in his pocket,” Bernard wrote.

At the time, Harris testified, she didn’t know what to make of Bird’s admission.

She said she picked him up from work where he was “washing down the truck like a crazy person, under the front and back.” Harris said Bird deleted his text messages from that night, saying it was “bad karma” to keep them.

She searched online news reports, but could find no report of a death.

She and Bird moved to Alberta and back to Squamish. And then, Harris said that on a night in October 2014 when Bird assaulted her, he again mentioned killing a “native man.”

‘I am a good driver’

In his testimony, Bird said that he “absolutely didn’t hit anyone” and that it was not even possible that he might have hit someone and not noticed.

“I am a good driver,” he told the court. “I’ve hit animals, and even hitting a little animal or a bird, you can feel it in a logging truck.”

He described his relationship with Harris as “toxic,” saying “she was like gum on a suit, she wouldn’t go away.”

The 53-year-old said that he did remember the night of the accident, but only because he’s been asked about it so often as a result of Harris’s allegations.

He said he was stopped for a detour at one point and a taxi driver told him a man had been killed that night. Bird said he “imagined” he talked to Harris while he was waiting for traffic to recommence and that was when he told her someone was dead.

In finding that Bird was the driver who hit Peters, the judge relied heavily on Harris’s recollection of what her ex-boyfriend told her.

A “native man” may not have died, but an Indigenous woman nearly did.

And despite the fact she had no other source of information, Harris independently came up with details that matched what happened: a pedestrian was struck in a hit-and-run, it happened near an intersection and that pedestrian “had smoked cigarettes from a red pack earlier that night.”

“Bird’s version of events is that he knew virtually nothing about the hit-and-run,” Bernard wrote.

“It is significant that [his] version of events does not allow for any misunderstanding by Ms. Harris to the effect that Mr. Bird had killed a man and left the scene that night, let alone account for the details Ms. Harris subsequently reported to the police.”

Bernard drew on phone records and inconsistencies in Bird’s testimony to find he was behind the wheel, going more than twice the speed limit in a 30 km/h zone when his lights caught Peters, who was startled by the glare. She didn’t have time to move, and the judge said Bird’s speed would have meant he couldn’t take evasive action.

Peters said she was elated at the verdict.

“I guess the biggest word I could use is just relief,” she said. “It was like finally being able to hold someone accountable for what happened.”

Peters’s lawyer, Jim Hanson, said police investigated and the Crown declined to lay charges. The threshold for criminal prosecution is beyond a reasonable doubt, whereas a civil case requires a balance of probabilities.

Hanson said he bankrolled what amounted to a “civil prosecution,” paying for expert witnesses and reports.

“It was very gratifying for us to privately pursue that justice and have a court say that Mr. Bird was the responsible party,” he said.

Hanson said it may have appeared like it was a needle in a haystack, but the first witnesses on the scene reported having seen a logging truck pass by.

He wonders what might have happened had police more aggressively canvassed the records of all the drivers on that lonely piece of road that night.

Peters is also chilled by the thought of Bird allegedly shrugging off what he believed was the killing of a “native man.”