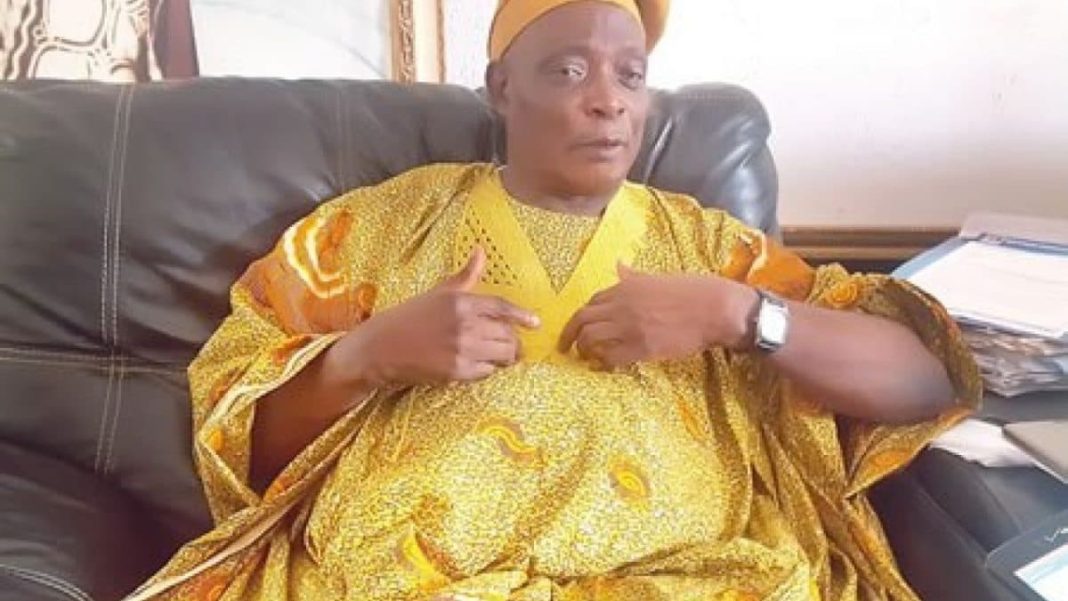 Ladoja, who was Oyo governor between 2003 and 2007, said that the terrorists who are attacking various strategic facilities and formations in the country may one day attack the seat of power if urgent action is not taken to address the growing spate of insecurity in the country.

Ladoja, who addressed journalists on Saturday in Ibadan, the state capital, explained that Aso Rock can be attacked if they can go to the extent of attacking the advance convoy of the President.

DAILY POST recalls that the advance team of President Muhammadu Buhari was recently attacked by some suspected terrorists in Katsina State.

But, Ladoja while speaking with journalists who thronged his Bodija, Ibadan residence for the Eid-el-Kabir festival on Saturday, insisted that the terrorists may one day attack the Aso Rock if they could free high-profile inmates kept at Kuje prisons without any hindrances.

The former governor, while speaking further, remarked that prayers alone cannot stop insecurity and other forms of attacks in the country.

He said that the present crop of political leaders must be visible to address various problems confronting the country.

Ladoja said, “For the terrorists to have even gone to the extent of attacking the convoy of the president is damning and worrisome.

“That means that they can even attack Aso Rock, which is the official residence of Mr. President. If high profile kept at Kuje Prisons could be freed by terrorists, that means that one day, we will just hear that they have entered Aso Rock. This calls for serious concern.

“Though we have to continue to pray, but prayers alone cannot stop insecurity and other forms of attacks, we have to be very visible to and sensitise our people.

“The situation is getting worse and very recently, Zamfara State governor told his people in the state to acquire arms and ammunition to defend themselves.

“So, if anybody carries arms in Zamfara State, can he be arrested by the security agents. Mr President and other relevant security stakeholders should be more active and strive to checkmate the worsening security situation in the country”.