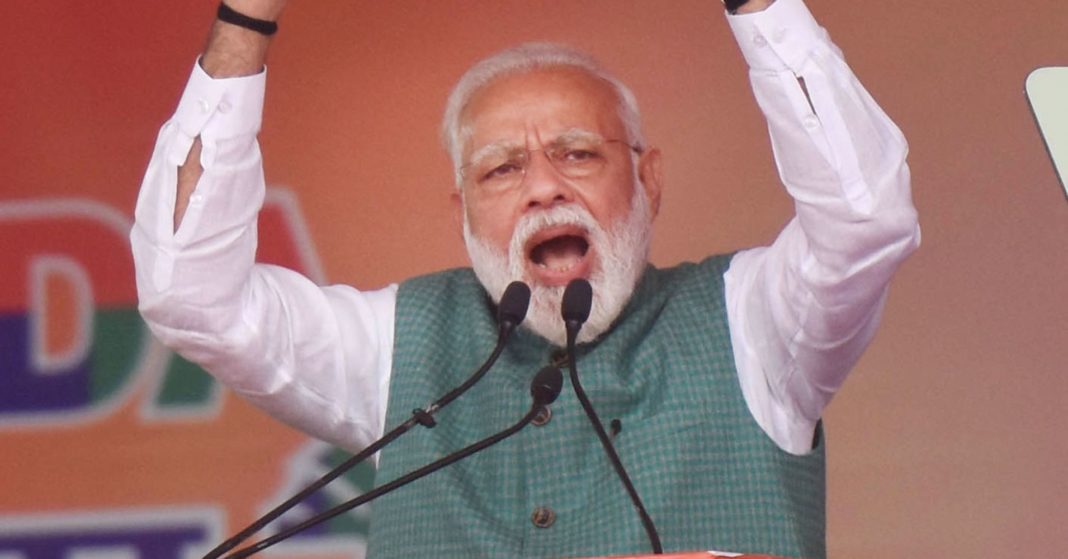 First, is the upcoming election where it is unclear whether Prime Minister Narendra Modi will remain the leader of the world’s largest democracy. Modi’s Bharatiya Janata Party is fending off challenges from the opposition party known as Congress as well as rising regional parties.

“It is certainly not in India’s best interest to have a trade war less than two months before the general election,” said Ambassador Robert Blake, who currently leads McLarty Associates’ India and South Asia practice, to CNBC.

India is also consumed by its feud with neighbor Pakistan after a series of clashes in the past month. While tensions have de-escalated, experts on the ground tell CNBC the situation is still tense with elevated military presence at the Kashmiri border, increasing the potential of an unintended conflict between the two countries.

Despite the outsized focus on the looming election and tensions with Pakistan, Washington’s wager of an escalated trade dispute with India has not gone unnoticed by New Delhi.

The Indian Ministry of Commerce and Industry released a statement defending the U.S.-India relationship.

“Due to various initiatives resulting in enhanced purchase of U.S. goods like oil and natural gas and coal the U.S. trade deficit with India has substantially reduced in calendar years 2017 and 2018.”

While the United States carries its ninth largest trade deficit with India, the country is still seen as an important growth market for powerful U.S. companies like Apple, Netflix, Facebook, among others, especially as China’s economy slows down.

Over the past couple of months, mid-level U.S. and Indian officials have discussed ways to level the trade imbalance. But sources close to the Indian government say New Delhi was not willing to budge, pushing the U.S. to respond with the GSP (Generalized System Preferences) withdrawal.

Ambassador Blake said the GSP announcement was not a big surprise for India given that trade tensions have been building over time.

Under its GSP status, India in 2017 exported over $5.5 billion of goods to the U.S. tariff free. But the Indian Ministry of Commerce expects the impact of losing this status to be limited, estimating a hit of around $190 million.

“India is not threatening retaliation immediately. But if they do, it will be the U.S. consumer that the added cost will be passed on to,” Krishna said. He said New Delhi will not be in any rush to retaliate given the focus on the national election which will take place between April and May.

But there are other ways India has made life a bit tougher for U.S. companies.

In February, New Delhi took aim at foreign e-commerce players by imposing new rules that challenge Walmart’s FlipKart and Amazon’s aggressive push into India. Indian analysts said the policies were put in place to protect small businesses, which make up a significant share of India’s retail industry and are politically important to Modi.

In a January earnings conference call with analysts, Amazon’s Chief Financial Officer Brian Olsavsky said, “There is much uncertainty as to what the impact of the [Indian] government rule change is going to have on the e-commerce sector there.”

Trump administration’s latest salvo also comes as it continues to rely on India for cooperation on counterterrorism and defense efforts. The U.S. touts its strategy in South Asia as the “Indo-Pacific Strategy.” That name is seen by foreign policy experts as recognition of Washington’s strategic alliance with India at a time when China is expanding its reach across the Asian region.