In Moscow 3,000 people evacuated after flames take over shopping centre The Sindika shopping centre, which spans 130,000 square metres and contains about 1,200 different stores, is the largest centre for building supplies in Moscow. 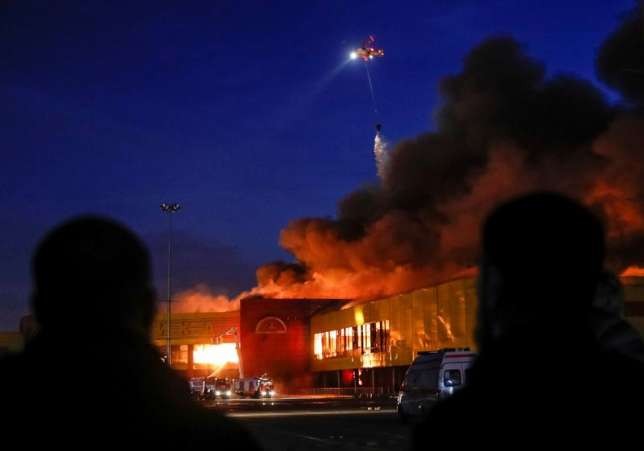 About 3,000 people were evacuated from a shopping centre on the outskirts of Moscow on Sunday after a large fire broke out in a storage room in the basement, the TASS news agency reported.

Flames quickly spread from the basement of the megastore specialising in building supplies, with 55,000 square metres of the site ablaze.

The roof had fallen in in some spots, according to emergency services. About 100 firefighters were deployed.

No cases of injury or death were immediately reported.

The Sindika shopping centre, which spans 130,000 square metres and contains about 1,200 different stores, is the largest centre for building supplies in Moscow, according to Tass.

Share
Facebook
Twitter
WhatsApp
Pinterest
Linkedin
ReddIt
Email
Print
Tumblr
Telegram
Mix
VK
Digg
LINE
Viber
Naver
Previous articleIn Turkey Prosecutors demand up to 15 years jail for Amnesty activists Turkish prosecutors Sunday demanded up to 15 years jail on charges of backing terror groups for 11 activists, most of whom were detained in a raid on a workshop led by Amnesty International.
Next articleIn US Hurricane Nate makes landfall for second time Nate had made its first U.S. landfall near the mouth of the Mississippi River in southeast Louisiana