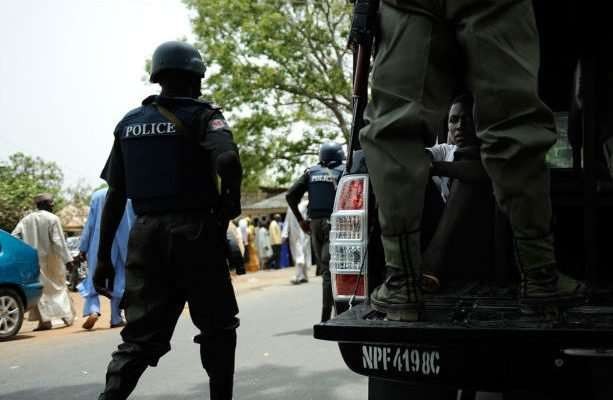 A shocking new tale suggesting a collaboration between policemen and ritual killers in Ilorin, Kwara State, has emerged.

According to singer, Aduke, some unidentified group of sports fan were arrested by the cops at a football viewing center in the state but it turned out that they were apprehended for occultic purpose.

The Alternative musician who insisted that her account was based on hearsay revealed that 8 people out of 15 had already been killed and chopped into pieces since army intervention.

“The gist I heard tonight. I’m shaking. Somewhere in Ilorin, policemen arrested guys at a viewing centre,” she began.

“One of the guys called his bro(a soldier) gave him one name he saw on the uniform. When his lil bro dnt return, soldier went to station.

“The station denied arresting anyone. Then he called the barracks for his goons. Asked for “name his bro sent in a text”, dude was produced.

“After further army handling, DPO took them to where the guys were. 8 out of 15 had been killed and divided (something like that).

Ilorin in recent times has been a hot zone in respect to the activities of ritualists. What appears most shocking for most is the police involvement.

This incident if confirmed to be true will no doubt inspire a new opinion by the masses concerning why the police is never the friend of the citizens.