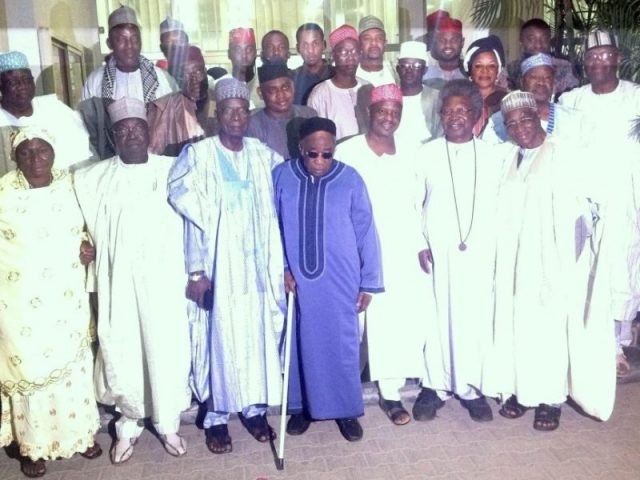 Some leaders of the South-West, South-East and South-South met in Lagos on Sunday over the ultimatum issued by a coalition of northern youth groups to the Igbo to vacate the 19 northern states on or before October 1, 2017.

The southern leaders demanded the immediate withdrawal of the ultimatum just as they berated the Federal Government for not employing the country’s constitution in addressing the inciting position of the northern groups.

The southern leaders said the failure of the Federal Government to move against the Arewa groups suggested that the youths were not acting alone but had the backing of the northern leadership.

The meeting held behind closed door at the Lekki home of the Afenifere leader, Chief Ayo Adebanjo.

The communiqué issued at the end of the meeting, which was endorsed by Adebanjo (South-West), retired Commodore Ebitu Ukiwe (South-East) and Chief Albert Horsfall (South-South), was later read to newsmen by the spokesperson for the Afenifere, Yinka Odumakin.

The southern leaders said they viewed the ultimatum as a product of the country’s unresolved nationality problem and expressed displeasure at what they described as the attempt by the Federal Government to narrow the issue down to a problem between the North and the South with the acting President, Prof. Yemi Osinbajo, holding meetings with the leaders from the two regions.

They argued that unless the problem of the country’s federalism was addressed, there were bound to be increased sectional agitations.

The southern leaders said, “We reject the attempt to reduce the current crisis in Nigeria flowing from the unresolved nationality question to an Igbo and North affair with the patterns of the meetings being held by the acting President to resolve the matter. Any further discussions on this crisis should be between the entire South and the North of Nigeria and the South-East is advised not to consider any further meeting where the South-South and the South-West are not involved because the issues involved affect all of us.

“We also demand that the Arewa youths and their sponsors must withdraw the quit notice given to the people of South-East as failure to do so will be taken as an ultimatum to the entire South to quit their region and any attack on any section of the South will be considered as an attack against the entire southern Nigeria.

“We, therefore, advise the Federal Government to take it seriously and live up to the primary responsibility of any government which is to protect the live and property of every citizen of Nigeria wherever he or she may reside.”

The southern leaders also gave the Federal Government the ultimatum to revisit the report of the 2014 National Conference before October 1, 2017.

“We reaffirm our resolve in the implementation of the report of the 2014 National Conference aimed at a complete transformation and restructuring of our country and to build and consolidate Nigeria’s unity through national solidarity, peaceful and harmonious coexistence, progress and genuine developments.

“We, the people of southern Nigeria, will want to see concrete steps taken on the implementation of the report of the 2014 National Conference before the 1st of October, 2017.

“We note that the cry for self-determination will continue unabated and much more strident unless the Federal Government sincerely addresses the issue of restructuring of Nigeria.”