If he’s ever going to win, Erin O’Toole needs to start broadening the Conservative tent 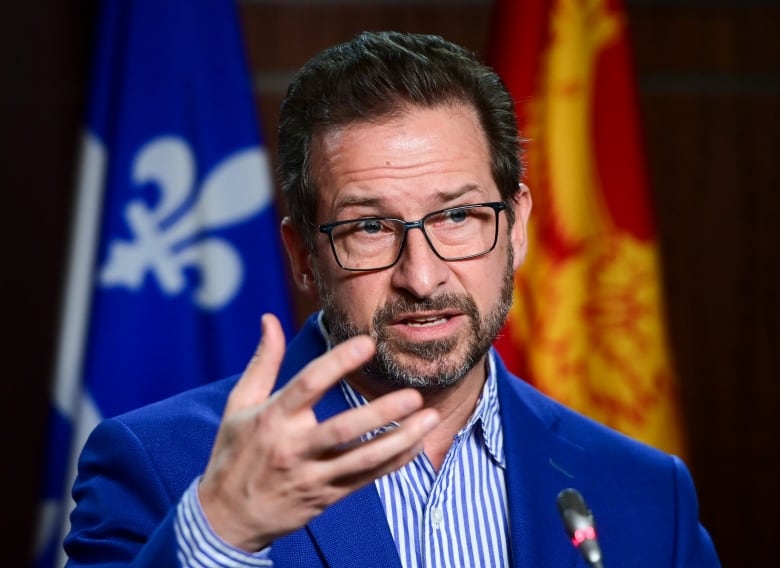 If the Conservatives want to win the next election, they’ll need a broader coalition of voters behind them.

But building that coalition has turned out to be a challenge: polls suggest the party has not been successful in broadening its appeal beyond its core supporters.

If an election were held today, the Conservatives under Erin O’Toole would find themselves back where they started some 17 years ago.

According to the Canada Poll Tracker, an aggregation of all public opinion data, the Conservatives would capture just under 30 per cent of the vote and little more than 100 seats — a result similar to the Conservatives’ first election in 2004, after the merger of the Progressive Conservatives and Canadian Alliance.

That Conservative bedrock of around 30 per cent of the electorate has been reliable. Since the party’s first election win under Stephen Harper in 2006, there have been only two occasions when the party — with a permanent leader in place — has dipped under 30 per cent in most national polls: in the wake of the Mike Duffy scandal in 2013 and in the early part of the 2015 election campaign.

Lately, however, the O’Toole Conservatives have found themselves hovering around the 30 per cent mark, with some polls putting them under it and some above it.

While a further slide might not be likely, the party’s prospects for growth look limited.

According to a survey by the Angus Reid Institute, only 10 per cent of Canadians rank the Conservative Party as their second choice. The NDP, Liberals, Greens and “other parties” all gather more second choice support.

In no demographic cohort — of age, education or income — do the Conservatives score better than 13 per cent as a second choice.

That gives the Conservatives few places to look for more supporters, even though their base isn’t going anywhere.

According to the ARI survey, 41 per cent of Conservative voters have no second preference, while 25 per cent would choose one of the smaller fringe parties, such as the People’s Party or Maverick Party.

That contrasts sharply with how supporters of the Liberals, NDP and Green Party feel about their options.

Half of Liberal voters choose the NDP as their second choice, while three-quarters of NDP voters would back either the Liberals (43 per cent) or the Greens (30 per cent) as their next-best option. Among Green voters, the NDP wins 43 per cent support as a second choice.

This suggests the other national parties have more room to manoeuvre than the Conservatives. Only a very small minority of Liberal or NDP voters would consider voting Conservative.

Abacus Data has found that 45 per cent of the electorate are “accessible voters” for the Conservatives, compared to 54 per cent for the Liberals. That does give the Conservatives something to work with, but it doesn’t give them much margin for error.

If 35 per cent is the minimum bar for the Conservatives to win at least a minority government, that means they need a “conversion rate” of about 78 per cent — they need to turn nearly four out of every five accessible voters into actual supporters.

The Liberals, by comparison, need a conversion rate of just 65 per cent. They can even get away with a lower rate, as they demonstrated in 2019 by winning an election with just 33 per cent of the popular vote.

Bloc supporters offer room for growth — but at what cost?

If there is one chunk of the electorate that looks promising for the Conservatives, it’s nationalist voters in Quebec.

The Angus Reid Institute found that 30 per cent of Bloc Québécois voters rank the Conservatives as their second choice, followed by 25 per cent who say they have no second choice. This suggests that the preference of a majority of Bloc voters would be either to stay home or to support the Conservatives if the Bloc turns them off on the campaign trail.

O’Toole’s poll numbers among Bloc supporters aren’t bad, with 31 per cent having a favourable opinion of him, compared to 43 per cent who don’t. That rating is more than three times higher than O’Toole’s rating among Liberal and New Democrat supporters.

But a Conservative campaign targeting nationalist Quebecers would come with its own risks. While it could win the party a few more seats in the province, it would not help — and likely would hurt — its chances in the rest of the country.

And the crossover between Bloc and Conservative supporters in Quebec cuts both ways. Bloc Leader Yves-François Blanchet has a higher rating among Quebec Conservative voters than O’Toole does among Bloc voters. A faltering Conservative campaign in Quebec could cause his support to bleed to the Bloc.

O’Toole not reaching across the political divide

Some of the blame for the Conservatives’ current plight might belong to O’Toole, but not all of it. The party’s lack of second-choice support long predates his arrival as leader of the party.

The Angus Reid Institute found similar numbers for O’Toole. He had a favourability rating of just nine per cent among current Liberal and NDP voters, while a majority of Liberal voters had a positive view of Singh and a majority of NDP voters approved of Trudeau. That gives Singh and Trudeau more room for growth than O’Toole.

But broadening the tent is no simple matter for the Conservatives. O’Toole himself has found it particularly difficult — after running as a “true blue” Conservative in last year’s leadership contest and embracing the socially conservative wing of the party, only to later eject from the caucus Derek Sloan, one of the social conservative standard-bearers. Anti-abortion groups have claimed that their policy issues have been pushed out of this weekend’s party policy convention.

Disgruntled supporters of Peter MacKay, the last leader of the federal PCs and the runner-up in the leadership race, also have raised allegations that he and his supporters have been excluded from the party since O’Toole’s victory.

The party’s dim current prospects for a return to power aren’t making any of this easier for O’Toole. He needs to broaden the Conservative tent to make those prospects look brighter — but his troubles won’t go away if his big tent alienates the social conservatives who form the party’s base, or the moderates he needs to win the next election.