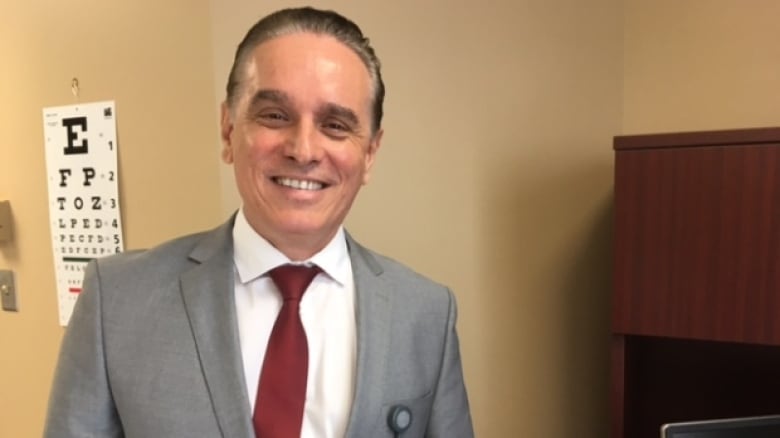 Public Health is closely monitoring a cluster of more than 40 New Brunswick patients with symptoms similar to those of Creutzfeldt-Jakob disease, a rare and fatal brain disease.

In an internal memo obtained by Radio-Canada, sent on March 5 by the office of the chief medical officer of health to the New Brunswick Medical Society and to associations of doctors and nurses, the department notes the existence of a cluster of 42 cases of a progressive neurological syndrome of unknown origin.

A first case was diagnosed in 2015, according to the memo. Three years later, in 2019, 11 additional cases were discovered, with 24 more cases discovered in 2020 and another six cases in 2021. Five people have died.

The disease affects all age groups and appears to be concentrated in the Acadian Peninsula in northeast New Brunswick and the Moncton region in the southeast.

“We are collaborating with different national groups and experts; however, no clear cause has been identified at this time,” the memo states.

According to preliminary data from a research group on the subject, headed by neurologist Alier Marrero of Moncton’s Dr. Georges-L.-Dumont University Hospital Centre, the disease is not genetic and could be contracted from water, food or air.

No other cases have been reported in Canada.

“For now it has only been found here,” Marrero said.

The symptoms of the cases detected since 2015 are similar to those of prion diseases, which include Creutzfeldt-Jakob disease and some of its variants, including mad cow disease, or bovine spongiform encephalopathy (BSE).

However, despite many similarities, tests for Creutzfeldt-Jakob disease have so far ruled out known prion diseases, the Public Health memo states.

Scientists are currently looking into the possibility that this is a new variant of a prion disease — or a new disease entirely.

The identified cases were all reported to the Canadian Creutzfeldt-Jakob Disease Surveillance System. Public Health said the location of the cases — in the northeast and Moncton region — reflects where the patients lived at the time they were referred to the system, not before that.

Marrero cautioned against rushing to assume the current cases are of a prion disease, an ultra-rare disease for which there is no effective treatment.

“Before coming out with a definition of a new condition, you need to have a lot of information to be sure that you are not diagnosing something else,” such as a disease that is treatable, he said.

Symptoms progress over 18 to 36 months

In an email, New Brunswick Medical Society spokesperson Eric Lewis confirmed the society received the memo and distributed it to physicians on March 9.

Symptoms progress over a period of 18 to 36 months, according to Marrero.

Russell said she is monitoring the situation closely, and that further research is needed to understand the “common links” that could be causing the disease.

“At this point, we have more questions than answers,” she said.