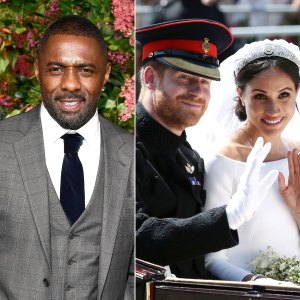 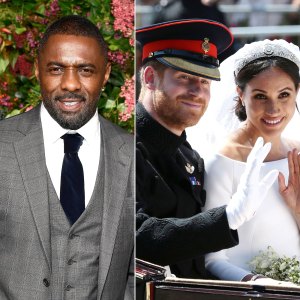 Idris Elba is still in awe that he got to DJ at Prince Harry and Duchess Meghan’s wedding in May 2018. The Luther actor explained how he landed the royal duties during an interview with Ellen DeGeneres on Wednesday, February 27.

“Harry and I, we’ve hung out a couple of times through his dad, his dad’s charity The Prince’s Trust helped me out as a young actor. So I do a lot of work with them, Harry and [Prince] William a few times,” the Wire star, 46, told DeGeneres, 61. “And Harry came to a couple of parties that I DJed, and he was like, ‘Hey man, what are you doing on the date?’ And I was like, ‘Nothing.’ He goes, ‘Hmm, would you DJ at my wedding?’ I was like, ‘Is this a joke? Are you joking?’ And he’s, like, serious.”

Elba — who is also set to DJ at Coachella this April — added that the experience at Harry, 34, and the 37-year-old Suits alum’s celebration “was great.” 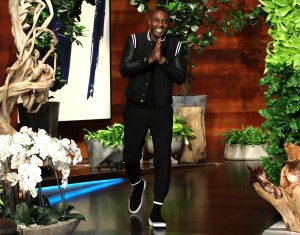 A source told Us Weekly in May that Elba spent some time behind the turntables during the evening reception at Frogmore House, noting that at one point he played Luther Vandross’ “Never Too Much” while Meghan danced with her girlfriends.

Tom Hardy, George and Amal Clooney, Priyanka Chopra, Serena Williams and Meghan’s best friend, Jessica Mulroney, were among the other famous faces in attendance for the party, according to the Daily Mail at the time. Harry’s family members including Princesses Beatrice and Eugenie and their father, Prince Andrew, Prince Edward and his wife, Countess Sophie also joined in on the fun.

Five months after their nuptials, Harry and Meghan announced that they are expecting their first child together. The California native is set to give birth this spring, and though the two have not slowed down their royal duties, Queen Elizabeth II’s former press secretary Dickie Arbiter explained that Meghan will soon take a step back.

“Royal engagements will be drastically reduced and the duchess will begin maternity leave from royal duties [ahead of the birth],” Arbiter told Us earlier this month.