“I Wanna Be Bad” Singer Willa Ford Clears the Air: I Don’t Blame My Fizzled Music Career on 9/11 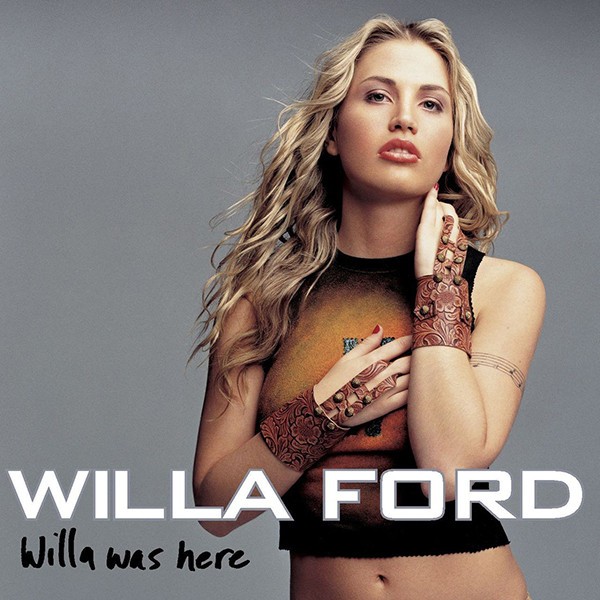 UPDATE: Amid backlash, Willa Ford has clarified her comments regarding the end of her pop career. In a statement to People Friday, the singer said, “In a recent interview with Billboard, I made a comment about the release of a single by my record label on Sept. 11, 2001, where I stated, ‘Everything that happened that day froze; the world stood still as it should have.’ During the past day, other news outlets have taken the liberty to say that I somehow blamed 9/11 for my song not taking off…this could not be further from the truth,” Ford said. “It was meant to be an inspirational piece about how the universe sent me in a new and different direction, one that has led me to success and joy in other areas of my personal and professional life.”

Willa Ford‘s career was a casualty of 9/11—or so she says.

Ford burst onto the music scene in May 2001 with the raunchy single “I Wanna Be Bad.” The track, which featured rapper Royce da 5’9″, peaked at No. 22 on the Billboard Hot 100 charts; it was the lead single from her debut album Willa Was Here, released on July 17 via Lava Records.

But the pop star’s second single, “Did Ya’ Understand That,” failed to chart.

So, what happened? “That’s the question I get on the daily, literally,” Ford tells Billboard. “It was the perfect storm. A lot of people don’t realize this, but my second single was released on Sept. 11, 2001. Everything that happened that day froze; the world stood still, as it should have. My second single didn’t do well because anything that launched that day kind of got canned.”

Other musicians released full-length albums on 9/11, including Mariah Carey (Glitter), Bob Dylan (Love & Theft), Ben Folds (Rockin’ The Suburb) Jay-Z (The Blueprint) and Nickelback (Silver Side Up). While it may sound “silly” to blame her poor single sales on a national tragedy, Ford says “they slate things” on radio, so it “fell to the wayside. I didn’t think it was a big deal because we were making a new album anyway.” Lava Records had been “acquired by another record company,” she explains, “and the president of our record company left the company.”

As a result, Ford tells Billboard, “I ended up in no man’s land.”

“I felt like this pop machine had taken me and put me in the wash cycle and I had been spinning out of control. I wanted some time to refocus myself. I started re-evaluating what I was doing,” she says. “I was a classical opera singer with musical theory—a real, legit musician. I loved what I was doing—I wrote the songs, but I felt like the authenticity wasn’t there. I knew that it wasn’t going to have the staying power that I wanted it to have. I really took a step back because I felt like I wasn’t doing what I was supposed to be doing at the time. I know that sounds crazy, but it was the perfect storm, and I walked away. It’s really hard when you walk away to go back to it.”

Initially, Ford was marketed as an alternative to pop princesses like Christina Aguilera, Mandy Moore, Jessica Simpson and Britney Spears. “People really didn’t think that we all liked each other, but I really did like all the girls. Britney Spears was really the first pop girl to launch, so you can’t touch that: Britney is iconic. Then you had Christina Aguilera, Jessica Simpson and Mandy Moore. Everyone was doing this squeaky clean image, and I was 21 coming out on a record like, ‘This is not me.’ I was on a record label with people like Kid Rock and Jason Flom, who in the business is amazing. He was the president of our record company. He got it that I was 21 and didn’t want to be a goody two shoes. He let me come out guns blazing…”she says. “When ‘I Wanna Be Bad’ came out, people were more PC, and it was just a more honest song.”

Ford’s sophomore album never saw the light of day, but it was “practically done,” she reveals. “It was raunchy, but there were some songs that were really cool. There was a song called ‘Sexy Sex Obsessive,’ which sounds funny out loud, but it was pretty striking at the time, and there was a song called ‘Who I Am,’ which got secretly released in Europe…” Ford says, adding that she intentionally tried to get “kind of dirty” on the album. “It was as if pop met Nine Inch Nails.”

If she were to make an album today, she reveals it “would go in two directions.” She likes the idea of doing a “pop-dance record that you’d see in the club with a ton of remixes.” And she’s “obsessed” with country music. “I went to Nashville for a while and did some writing. People were like, ‘You’re Willa Ford. You grew up on a farm. Why are you not doing a country record?'” Ford recalls.” That’s the only other kind of record I would make, and that would be for myself.”