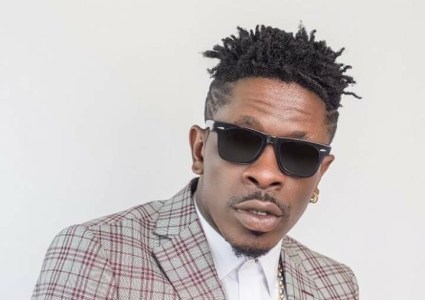 Popular Ghanaian, dancehall singer, Shatta Wale has finally given the world an idea of how much he is worth.

The “Mahama Paper” hitmaker during an exclusive interview on Peace FM’s “Entertainment Review” insisted that he is still the richest among his peers and even went ahead to back his claim with figures.

Asked why he keeps bragging about his worth and always claiming he is the richest, Shatta said, “it is business, so if they will understand it like that, any other artiste can speak the way I speak.”

“But sometimes you ask Ghanaian artistes whether they are rich, all they say is me I don’t disclose my worth but that is a lie. Because when you watch the likes of Jay Z, Kanye West and other big artistes when they buy a new house they post it on the internet. So it is normal”.

Shatta added that he puts is worth out not because he wants to brag about it but to motivate the youth out there.

“it’s not like I am bragging to anybody but it is also a motivation”.

“For now I can say that I am worth over ten million dollars”, Shatta said when he was asked how much he is worth.

When the host Kwasi Aboagye probed further, Shatta revealed that he has 3 houses in East Legon among several other properties and businesses.

Watch his interview below;