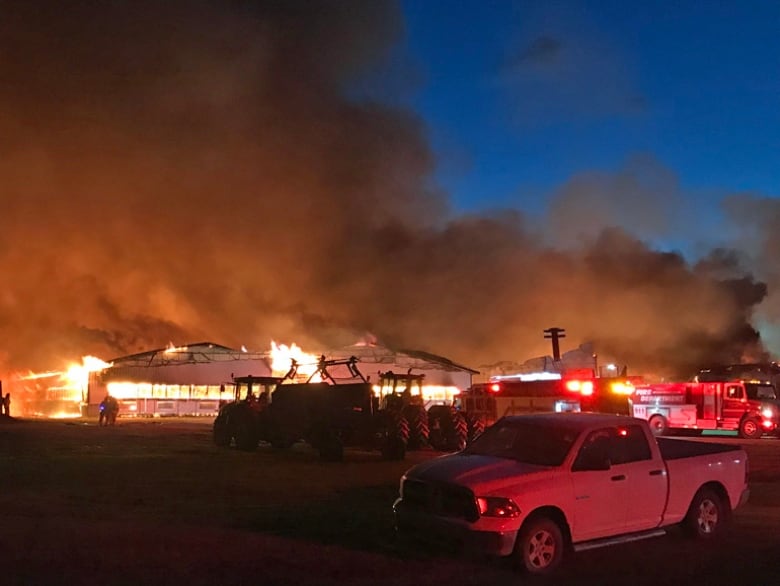 A massive fire at one of Manitoba’s largest dairy farms has destroyed multiple barns that held about 1,000 cows, of which only 200 animals survived.

Four connected farm buildings at Pennwood Dairy, northeast of Steinbach, Man., were destroyed in the blaze, which was reported at 4:40 a.m. CT on Monday, and most of the animals are assumed to have died, said Jean-Claude Normandeau of La Broquerie​ Fire Department​​​​​​.

About 60 firefighters from La Broquerie​ and four other communities — the Steinbach, Blumenort, New Bothwell and Ste. Anne fire departments — were all fighting the blaze at 36169 Clearsprings Rd. The farm is about 50 kilometres southeast of Winnipeg. 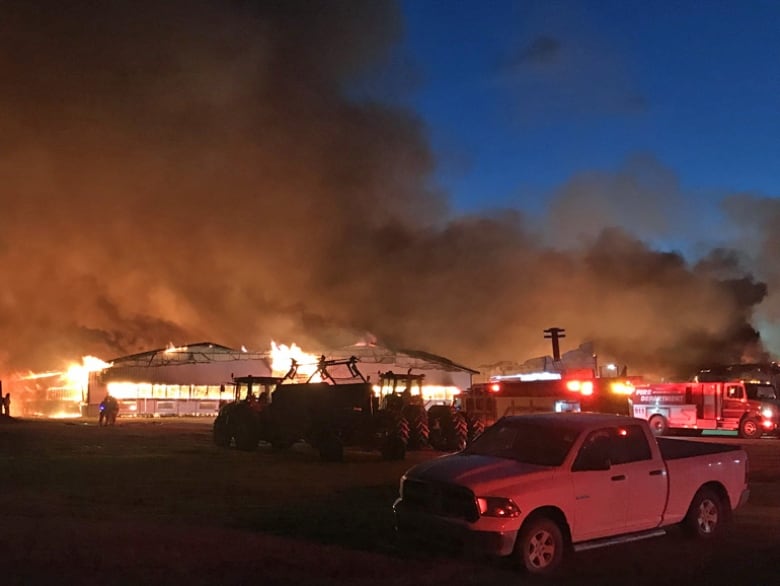 About 60 firefighters battle the fire Monday at the farm, which is about 50 kilometres southeast of Winnipeg. (Steinbach Online)

About 800 cows died in the fire, the Steinbach fire department said.

“There was probably about 1,000 animals in the barn at the time, and they were able to get 200 out,” Steinbach’s fire Chief Kelvin Toews said.

He said it was “probably the largest barn fire” he has dealt with.

“We’ve had barn fires where we’ve lost one or two barns, but this is quite a sizeable loss,” Toews said.

The farm is one of the biggest milk producers in the province, Dairy Farmers of Manitoba said. An average dairy farm has 130 cows, the dairy farmers’ organization said.

Normandeau said, “the dairy barn represents approximately 2.5 per cent of the Manitoba milk production, so quite the severe impact.” 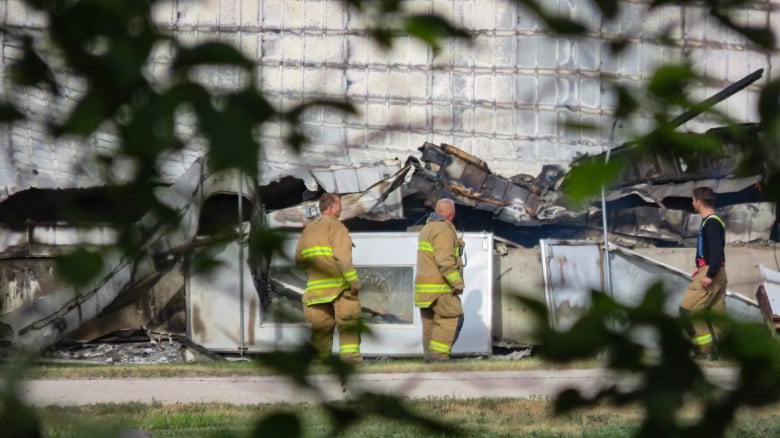 About 800 cows died in the blaze, the Steinbach fire department says. (Lyza Sale/CBC)

The Steinbach fire chief said the barns are wood frame structures with tin covering the outside.

“What happens is the wood frame burns, the tin falls in, and you’ve still got pancakes of stuff burning inside,” Toews said.

Most of the fire was out, he said shortly before noon, although firefighters were still tending to some hot spots and a smouldering pile of silage.

Christina Braun, who lives on a neighbouring farm, said she wasn’t sure what was happening when she first heard the sirens.

“I go to open my door, and I heard cows just screaming,” Braun said.

She could see flashing lights and a bright orange glow, as if the sun was setting over the treeline between her place and the neighbours, she said.

“It sounded really close. I thought it was at my farm. Thank God it wasn’t, but it was my neighbours.” 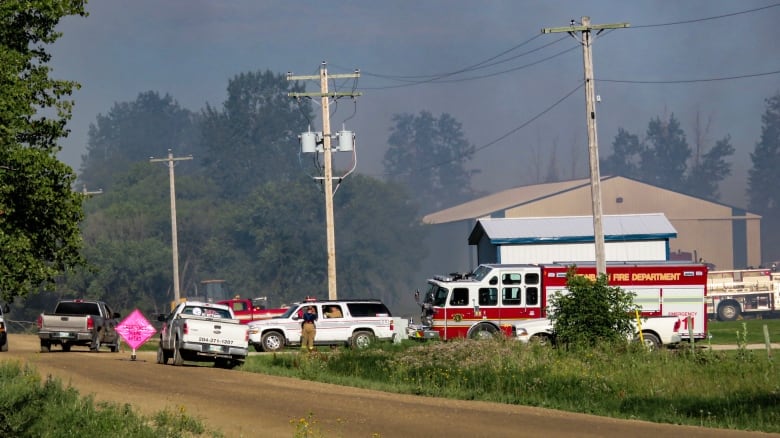 Roads are blocked in the area as emergency crews fight the dairy barn fire. (Lyza Sale/CBC)

A server at the nearby Quarry Oaks Golf Course said roads in the area were blocked off as she drove to work around 6 a.m.

“On my way here, I saw fire trucks, and I just saw a huge cloud of smoke,” Jaylene Stoesz said.

The golf course is a few kilometres away from the fire, Stoesz said.

A massive fire at one of Manitoba’s largest dairy farms has destroyed a barn that held about 1,000 cows. (Video courtesy: SteinbachOnline) 0:55