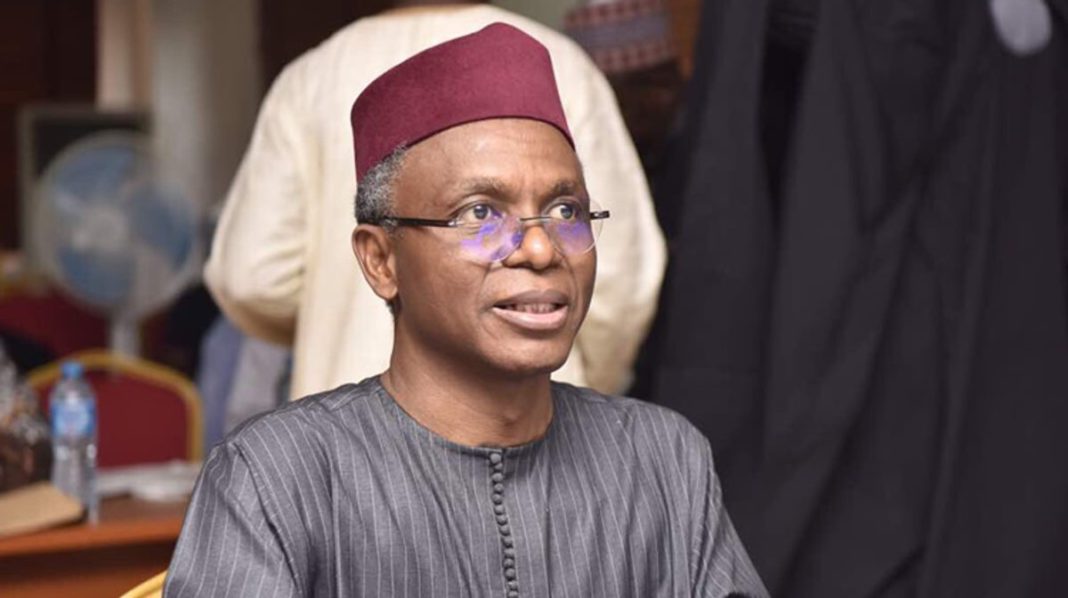 Indications emerged, Monday night, of how President Muhammadu Buhari jettisoned the stringent conditions Kaduna State government led by Governor Nasir El-Rufai asked leader of the Islamic Movement of Nigeria (IMN), Sheikh Ibrahim El-Zakzaky to meet before he and his wife could travel for treatment abroad.

The Kaduna government had set 7 conditions, including asking the ailing Islamic group head to present a First Class emir as surety.

But according to PRNigeria, Buhari gave the clearance for the Shiites leader to proceed to get medical attention as granted by the court after considering an intelligence report on the matter.

It quoted sources as saying the National Intelligence Agency (NIA) and Department of State Services (DSS) pointedly advised the presidency on the appropriateness of obeying the order.

They also warned that meeting the conditions might take some time and cited the security implication of El-Zakzaky’s continued detention.

Other factors considered were the concerns raised by several foreign countries which had sent appeals to the Nigerian government to properly manage the issue, especially when El-Zakzaky’s health was deteriorating with his followers going on rampage.

Eventually, diplomacy and security advice prevailed as El-Zakzaky and his wife, Zeenat, traveled out of Nigeria Monday evening.

They left Abuja to India at about 6:30 pm Nigerian time via Emirates Airline, accompanied by security personnel and close family members.

DAILY POST recalls that in reaction to the court ruling granting the IMN leader and his wife permission to travel, the El-Rufai government listed the following conditions released by Commissioner for Internal Security, Samuel Aruwan:

“The Kaduna State Government has filed at the Kaduna High Court terms for strict supervision of the medical leave, as follows:

1. The Ministry of Foreign Affairs of the Federal Republic of Nigeria shall confirm the appointments of the defendants/applicants with the Medanta Hospital, India, and undertake all necessary diplomatic arrangements and protocols to ensure compliance with the conditions of the medical leave.

2. Each of the defendants/applicants shall undertake to return to Nigeria to continue their trial as soon as they are discharged from the hospital, and shall also be responsible for the cost of their travel, treatment and living expenses while on their medical leave.

5. Each of the defendants/applicants shall undertake in writing, endorsed by their Counsel, that while on medical treatment in India, they shall do nothing to jeopardize the ongoing trial, the peace and security of Nigeria and the laws of the Republic of India in whatever form.

6. Security agents of the Federal Government of Nigeria shall escort the defendants/applicants and remain with them throughout the duration of their treatment in India and thereafter shall return with them after their discharge from the hospital.

7. The Nigerian High Commission in India shall undertake prior vetting and grant consent before any visitor has access to the defendants/applicants while in the Republic of India.”

The lawyer to the IMN leader, in a statement said: “I thought that the Kaduna State government had planned to appeal against the order of the Honourable Darius Khobo granting leave to the El-Zakzakys to travel to India for urgent medical treatment under the supervision of the government.

“I hope that the plan to pursue an appeal in the case has been shelved as the Court of Appeal has ruled that you cannot stay the execution of orders of this nature. That remains the position of the law as espoused in the case of Mowarin v Nigerian Army, which was decided under a military dictatorship in the country.

“The so-called agreement is totally alien to the penal code and the administration of criminal justice law of Kaduna State. Hence, the agreement is not brought under any substantive or adjectival law.

“My colleagues in the Ministry of Justice are not unaware of the position of the law that an agreement cannot vary or modify the order of a competent court. It is unfortunate that some highly placed public officers are so hell bent on abrogating the fundamental rights which have been fought for and won by Nigerians, even under the British colonial regime.

“For instance, the Prison Ordinance was amended in 1917 to allow the family members or friends of prison inmates to remove them from prison and take them out for medical treatment, if the prison facilities could not cater for any terminal illness. That provision has been incorporated in Regulation 12 made pursuant to the Prisons Act.

“In this instant case, the court did not release the El-Zakzakys to their family members but that they should be treated in a foreign hospital under the supervision of the government.

“Since the Department of Service Services (DSS), which has the custody of the El-Zakzakys, has announced on behalf of the Federal Government that the court order would be obeyed, the so-called terms of “agreements” of the Kaduna State government should be ignored because it is the height of provocative contempt.”