How The U.S. Military Used Guns N’ Roses To Make A Dictator Give Up 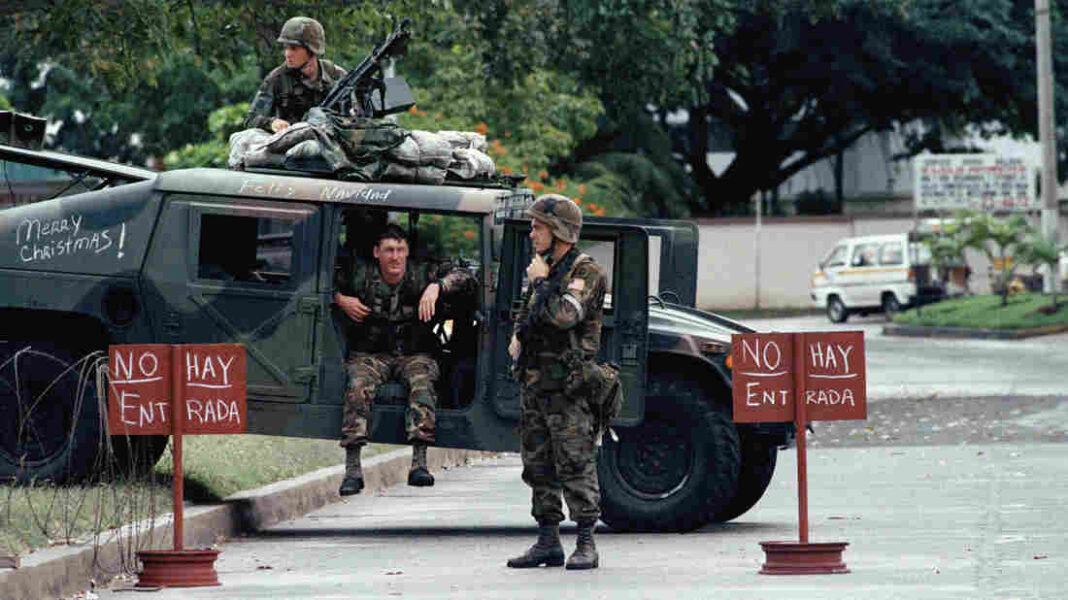 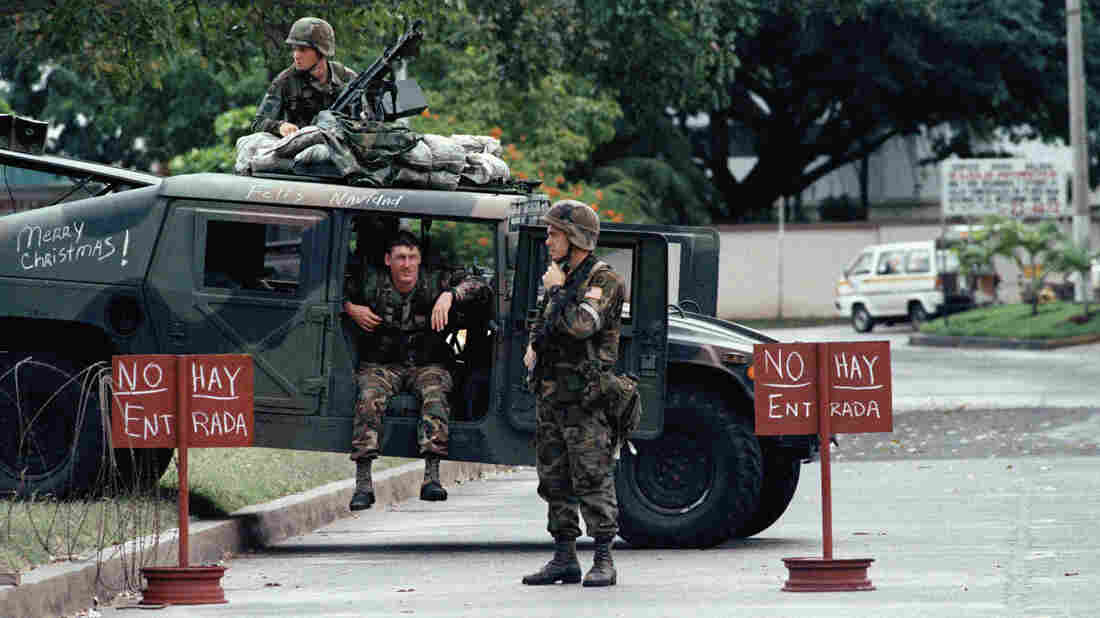 U.S. troops man a roadblock on Dec. 26, 1989, in Panama City, preventing access to the Vatican Embassy where Panamanian leader Manuel Noriega was holed up. The U.S. forces played loud rock music in an attempt to bring Noriega out. He surrendered on Jan. 3, 1990. AP hide caption

U.S. troops man a roadblock on Dec. 26, 1989, in Panama City, preventing access to the Vatican Embassy where Panamanian leader Manuel Noriega was holed up. The U.S. forces played loud rock music in an attempt to bring Noriega out. He surrendered on Jan. 3, 1990.

The U.S. military invaded Panama in hot pursuit of the country’s dictator, Manuel Noriega, in December 1989. As he rapidly ran out of options, Noriega took refuge at the Vatican Embassy in Panama City.

In deference to diplomatic protocol, U.S. forces did not enter the embassy. But they did concoct a plan to smoke out Noriega, who died Monday at the age of 83. The plan involved music, mostly heavy metal and rock, with a few ballads thrown in. It was blasted on loud speakers, at deafening volumes, around the clock.

Here’s a small sampling of the playlist designed to send Noriega a musical message:

“Give It Up,” by K.C. And The Sunshine Band, “No More Mister Nice Guy,” by Alice Cooper, and “Paranoid” by Black Sabbath.

You get the drift.

The U.S. military launched the operation on Dec. 20, 1989, to seize Noriega, who had once been a U.S. ally but was by this point wanted on drug trafficking charges. The U.S. military radio for Central America, known as the Southern Command Network, initially did what it always did — play requests from the troops.

Many of those requests were directed at Noriega. As U.S. Southern Command later noted in an after-action report:

“When the troops started coming in from the field, the requests became quite imaginative,” it said in dry, military-speak.

The favorites included “Welcome to the Jungle,” by Guns N’ Roses, “Wanted Dead Or Alive,” by Bon Jovi, and “The End” by The Doors.

After several days on the run, Noriega was allowed to enter the Vatican Embassy on Christmas Eve. And on Christmas Day, the radio station broadcast only Christmas music.

But with requests streaming in, the U.S. effort ramped up after the holiday.

On Dec. 27, “someone who identified himself as a member of the PSYOPS [Psychological Operations] team from Fort Bragg [N.C.] called to tell us what they were doing with their loud speakers,” the military report said.

U.S. Gen. Maxwell “Mad Max” Thurman had ordered speakers placed as a “musical barrier” around the perimeter of the Vatican Embassy and turned to full volume.

Noriega was reportedly partial to opera. What he got was “Panama,” from Van Halen, “Danger Zone,” from Kenny Loggins, and “Refugee,” courtesy of Tom Petty.

And remember, this was the ’80s. So the strongman also got an earful of Rick Astley’s “Never Gonna Give You Up,” though that may have been intended more for Noriega’s hosts at the embassy.

As the standoff dragged on for days, the playlist became part of the story.

Not everyone was happy with the military’s approach, including the White House, and the music was stopped after several days. President George H.W. Bush’s national security adviser, Brent Scowcroft, said afterward that he thought the use of high-volume music was “undignified.”

On Jan. 3, 1990, Noriega surrendered to the U.S. forces, though not until after he’d been treated to a version of “I Fought The Law.”

Noriega was flown to Miami, tried and convicted of drug trafficking, and spent nearly two decades in U.S. prisons.