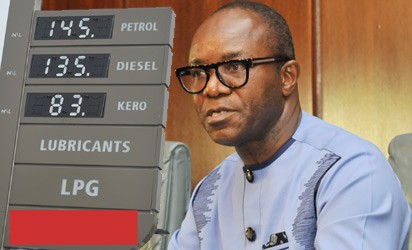 The Central Bank of Nigeria on Tuesday said that Deposit Money Banks in the country lost a total of N2.19bn to fraudsters in the 2016 fiscal period.

The figure was contained in the Nigeria Electronic Fraud Forum Annual Report, which was unveiled by the CBN Governor, Mr. Godwin Emefiele, during the NEFF stakeholders’ workshop on cybercrime.

The conference with the theme: ‘Tackling enforcement challenges under the Cybercrime Act’, was held to address some of the impediments to the enforcement of the Act.

It stated that although there was an 82 per cent increase in reported fraud cases as compared to 2015; the banking sector witnessed marginal reduction in the value of attempted frauds and actual losses.

A breakdown of the actual amount lost showed that across the counter transactions accounted for the highest with a total value of N511.07m.

The report read in part, “Based on trend and human perception, it is believed that fraud rates increase towards the end of the year due to festivities observed during this period and the need for people to get more money.

“But the truth is fraud can occur anytime, hence the need for us to always gear up our preventive and detective strategies.”

Speaking on the theme of the workshop, Emefiele, who was represented by the Deputy Governor, Operations, CBN, Mr. Adebayo Adelabu, said the challenges faced while enforcing the Cybercrime Act, 2015 had made it imperative for a review of the law.

He stated, “The protection of information infrastructure utilised in the delivery of financial services is considered critical all over the world, and it was because of the importance of securing infrastructure such as that of the financial sector, and protecting the underlying services from cyberattacks that the Cybercrime (Prohibition and Prevention) Act was enacted in 2015.

Emefiele said, “It is now about two years into the commencement of the Act, and so it is not too early to conduct a holistic review of its implementation.”

“Thus, your deliverables at this workshop should include a careful examination of the extent to which the obligations placed by the Act are fulfilled, and the general assessment of any challenges experienced in compliance with the provisions of the Act.

“It is our natural expectation that following such careful and interesting review, this workshop would have very little difficulty in proffering the much needed solutions and making practical recommendations for the effective implementation of the Act from hereon.”

The governor stated that while the apex bank and banking operators had made efforts to reduce the incidents of fraud and ensure consumer confidence in the payment system, the Cybercrime Act, if effectively enforced, would serve as a deterrent and constant reminder to those who might wish to engage in illicit activities targeting the financial technology infrastructure.