How the political parties are addressing Canada’s overdose crisis 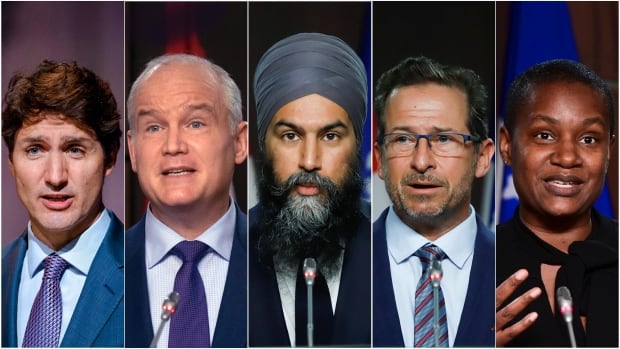 Most of Canada’s main federal parties have voiced support during the election campaign for removing criminal penalties for simple drug possession and offering safer alternatives to street-level drugs as overdose deaths reach record-high levels across the country.

While no party has made the overdose crisis a focus, the NDP and Greens have included decriminalization and safe supply in their platforms. The Liberals have not, with leader Justin Trudeau only saying that his government would work with community partners interested in those actions.

The Conservatives, for their part, have embraced a recovery-focused approach that some experts say would fall short of alleviating the escalating crisis.

The Tories, if elected Sept. 20, have promised to invest $325 million over three years to create 1,000 residential drug treatment beds and build 50 recovery communities across Canada. Leader Erin O’Toole has said his government would allow supervised consumption sites as it shifts away from harm reduction and toward recovery.

Elaine Hyshka, an assistant professor of public health at the University of Alberta, fears a Conservative government would restrict access to harm reduction supports while recovery takes centre stage.

“I’d issue a really significant caution against adopting the (Conservative) platform as national policy. We have seen basically a replica of that policy already implemented in Alberta and we have never had more people dying here,” says Hyshka.

More than 2,500 Albertans have died by accidental drug overdoses since the province’s United Conservative Party took power in April 2019 and implemented a recovery-based approach to the opioid crisis.

“Handing somebody who’s deep in addiction a needle is not a continuum of care. I don’t even think it’s terribly compassionate to facilitate addiction rather than to offer a full spectrum of services for recovery and lifetime treatment,” Kenney said in July 2020.

However, Hyshka said the reality is that most people who use substances on a given day are not ready, willing or able to access treatment services for a variety of reasons.

A spokesman for the federal Conservatives said in a statement that the opioid crisis is a national emergency that has robbed too many Canadians of their lives and devastated too many families.

“That’s why Canada’s Conservatives will treat the opioid epidemic as the urgent health issue that it is,” said Mathew Clancy.

“Only a Conservative government will ensure recovery is the overarching goal for the federal framework on substance abuse and get those struggling with addiction the help they need.”

Dr. Mark Tyndall, a professor at the University of British Columbia’s School of Population and Public Health, says the plan “can resonate with the general public” but is an “unworkable and unproven” response.

Tyndall says all parties need to address the core issue — highly toxic street drugs — with safe supply programs, which provide legal and regulated drugs as an alternative to street substances.

“The three pillars I think of are: safe supply as a direct response to the poisoned drug supply, decriminalization to destigmatize drug use and then where we put our priorities with policing,” says Tyndall.

Decriminalization means criminal penalties for personal drug use and possession would be lifted.

O’Toole, during a campaign stop in British Columbia last month, stopped short of committing to decriminalization.

“We would like to see more judicial discretion to get more treatment options for people with addictions.”

The New Democratic Party, Green Party and Bloc Quebecois — all of which held seats before dissolution — said in statements to The Canadian Press that they support decriminalization. Both the Greens and New Democrats also committed to safe supply.

Although the Liberal platform fails to mention either approach, Trudeau has said his government would continue to work with community partners pursuing those solutions.

“(Safe supply) is certainly something we have invested in and will continue to stand for,” Trudeau said during an announcement on mental health commitments.

“We’ve seen a number of provinces particularly British Columbia, very interested in moving forward on some forms of decriminalization and we are absolutely open to working with them.”

The Liberals would also amend the Criminal Code to repeal relevant mandatory minimum drug-related penalties. And they are promising to spend $25 million on a public education campaign to reduce stigma and $500 million for evidence-based treatment.

Hyshka says the NDP and Greens are most aligned with evidence on the issue.

Both parties said they would declare a public health emergency to address the overdose crisis. The NDP also said it would launch an investigation into the role drug companies played in fuelling the epidemic.

“They’re recognizing that innovation is really critical if we want to end this historically unprecedented crisis that we’re in,” says Hyshka. “Just doing the status quo is not going to be effective in reducing deaths.”

Health Canada data says more than 21,000 Canadians have died from opioid-related overdoses since 2016. Since the onset of the COVID-19 pandemic, fatalities have reached record-high levels, with about 17 people dying per day last year.

All parties have promised support for measures ranging from harm reduction, including supervised consumption sites, to recovery.