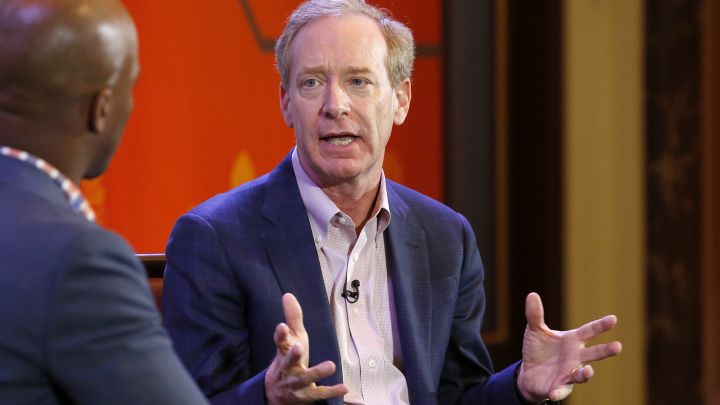 The contract between Microsoft and the Army aroused some controversy. In February, about 100 Microsoft employees wrote an open letter to CEO Satya Nadella demanding that the company cancel the IVAS contract.

“We are alarmed that Microsoft is working to provide weapons technology to the U.S. military, helping one country’s government ‘increase lethality’ using tools we built,” the letter said. “We did not sign up to develop weapons, and we demand a say in how our work is used.”

But McCarthy made the case for teaming with Microsoft and other American tech companies, even if some of their employees are uncomfortable with the work.

“We have a responsibility to communicate with these companies, but we need the best of American business. We want their help and we need their help,” McCarthy said.

Just before Microsoft landed the contract with the Army, Microsoft President Brad Smith explained in a blog post that the company “will be engaged” with the military.

“We want the people of this country and especially the people who serve this country to know that we at Microsoft have their backs,” Smith said. “They will have access to the best technology that we create.”

McCarthy also explained a bit more about how the military uses the word “lethality,” which was a point of objection in the letter.

“We use the word ‘lethality,’ but if you look at this system, it improves situational awareness so you can be better at target discrimination,” the under secretary said. That means soldiers can use IVAS to make sure they’re only killing the enemy, not civilians.