How much hate crime does Canada have? Without a standard definition, no one knows for sure 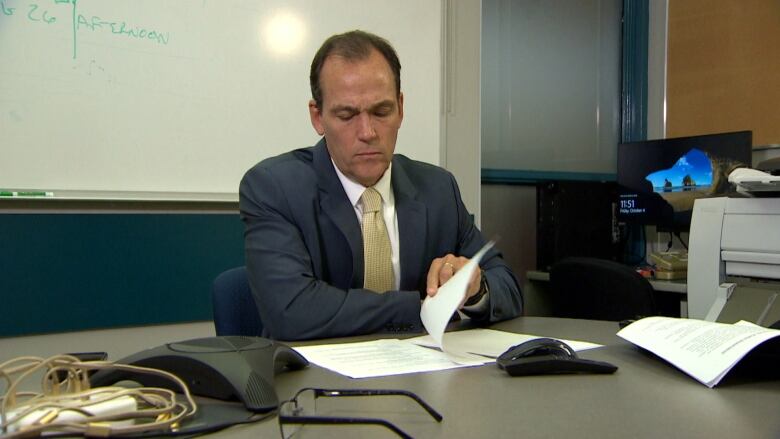 This story is part of an ongoing series examining the nature of hate in Canada: how it manifests, spreads and thrives and how Canadian institutions, law enforcement and individuals are dealing with it.

Police departments across Canada have different ideas of what constitutes a hate crime, a new CBC investigation shows.

As a result, experts say it’s impossible to have accurate numbers that show which communities are struggling.

Police departments use different definitions of hate crime, which means how crimes are identified as hate-motivated differs from region to region and even among police officers investigating complaints. Some municipalities have comprehensive definitions that include gender identity and expression, while others have no formal definition at all.

The lack of a countrywide definition means Canadians don’t have an accurate reflection of how prevalent hate crime really is, says Stephen Camp, president of the Alberta Human Rights Commission’s hate crimes committee.

That means the federal government, he says, has no idea where to put resources to stop it.

Statistics Canada numbers show there were 1,798 hate crimes in Canada last year, Camp said, but there were likely more than that.

“What needs to occur for a number of reasons, not just for statistical gathering, is to have a national definition of hate crime incorporated into the Criminal Code,” he told CBC News.

Without a standard definition, he said, the current statistics are “not an accurate number of what’s going on in Canada.”

The Criminal Code of Canada has sections around hate propaganda, specifically advocating for genocide. It has sections for the public incitement of hatred and mischief relating to religious property. But it only considers “hate crime” as part of how someone is sentenced, not in the initial charge itself.

The current statistics, Camp said, show “the leaders in our society that the problem is not as bad as it sometimes is purported to be,” he said. “Then that equals insufficient resourcing and insufficient policies and legislation.”

Some services, like the Ottawa Police Service, define a hate crime as one motivated by “hate/bias or prejudice based on race, national or ethnic origin, language, colour, religion, sex, mental or physical disability, sexual orientation or any other similar factor.”

Quebec provincial police, meanwhile, don’t have a formal definition at all.

Of the 19 police services that provided their definitions to CBC News, eight of them mention gender identity. Only a handful mention discrimination based on someone’s “real or perceived” race or religion.

Both of those are important, says Irfan Chaudhry, a hate crimes researcher at MacEwan University in Edmonton.

The absence of gender expression, he said, means the definitions police services are using haven’t caught up to Canada’s Human Rights Act.

As for “real or perceived” race or religion, there may be cases where a culprit targets someone based on a misconception, Chaundhry said. A Sikh, for example, might be targeted by someone who mistakes the person as Muslim.

Without a standard definition, police services even give different instructions to their frontline officers about how to identify and investigate hate crimes, Camp said.

If this is a priority for Canada, he said, then it should be reflected with a uniform Criminal Code definition officers would use when laying a charge.

“The Criminal Code is a reflection of our ethics, morals and values in society, and Canada continues to purport to be a society that is pluralistic and inclusive, and safe,” he said. “So why is there not a hate crime section in the Criminal Code to reflect that?”

CBC News reached out to the major political parties to see who would be committed to establishing a uniform hate crime definition after the Oct. 21 federal election.

The Liberal Party said it would “improve the quality and amount of data collection Statistics Canada does regarding hate crimes in Canada.”

A Liberal government would also “create effective and evidence-based policies to counteract these crimes,” the party said in an emailed statement.

The Conservatives said in an email that the party believes “in making criminal justice policy based on evidence.”

“If the information being made available is not accurate,” the party said, then “a Conservative government will certainly look into addressing the issue.”

Looking for an accurate picture

The NDP says there are still six major Canadian cities without hate crime units and that if the party is elected on Oct. 21, it will provide money and resources to make sure every city has one.

“We will also work with provinces, experts and law enforcement to determine a clear and consistent definition of hate crimes so the data we collect and use is more accurate,” a party spokesperson said in an email.

The People’s Party of Canada says it would “look into if there is a need to make data collection uniform and better allocate resources.”

Camp said governments and police agencies owe it to the public to have an accurate picture of the location and prevalence of hate crimes.

“Without that,” he said, “we’re not doing our job as public servants.”