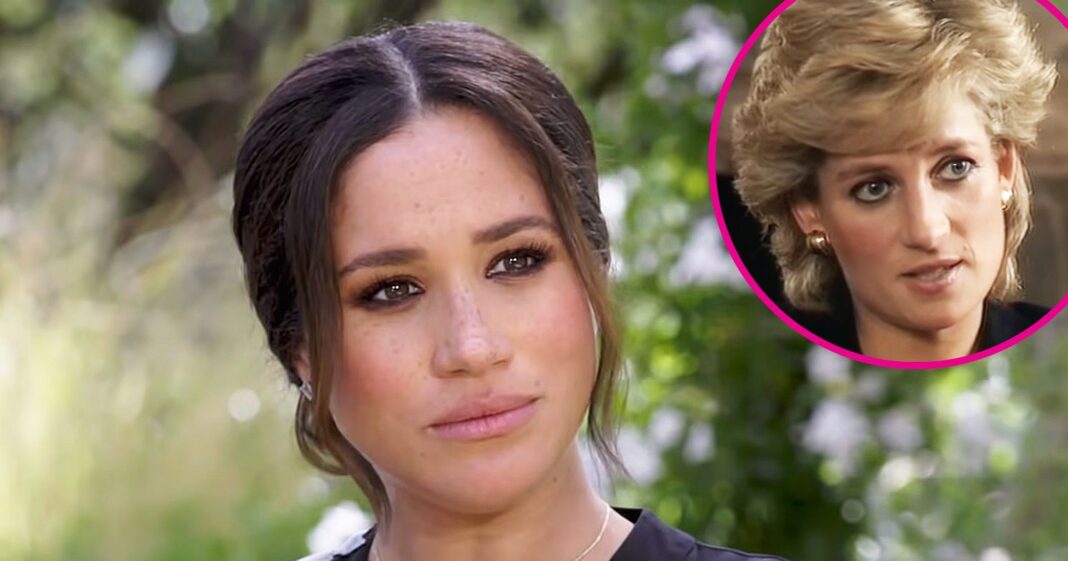 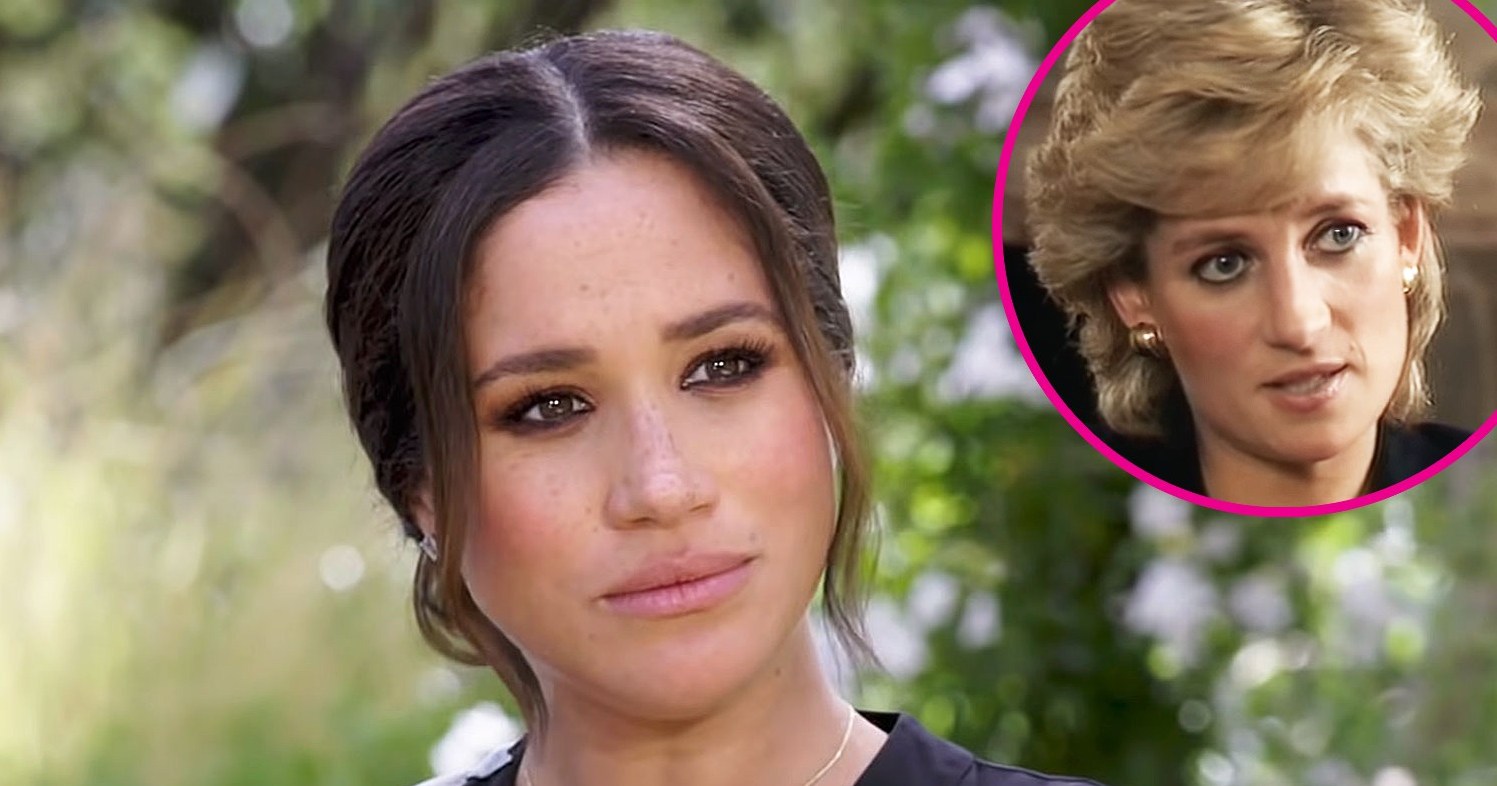 Not holding back. Meghan Markle and the late Princess Diana both gave powerful looks at their times as members of the British royal family — and their revelations were eerily similar.

Diana married Prince Charles, heir apparent to the throne, in July 1981 and quickly transformed into an international icon. Amid reports of infidelity, the parents of Prince William and Prince Harry announced their separation in December 1992, three years before the “people’s princess” sat down for a televised interview with BBC’s Martin Bashir.

“No one sat me down with a piece of paper and said, ‘This is what is expected of you,’” Diana recalled of her introduction to life as a royal. “But there again, I’m lucky enough in the fact that I have found my role, and I’m very conscious of it, and I love being with people. … To me, it was quite a normal thing to do.”

The now-iconic interview touched on Diana’s battles with depression and bulimia, a habit that developed as her marriage hit a rough patch. “I felt compelled to perform,” she admitted. “I was compelled to go out and do my engagements and not let people down and support them and love them. In a way, by being out in public, they supported me … and it carried me through.”

The Princess of Wales finalized her divorce from Charles in August 1996, one year before she was tragically killed in a car crash in Paris. Her sons have honored her memory in countless ways over the years, and when it came to his and Meghan’s own struggles within the palace, Harry’s biggest fear was “history repeating itself.”

Though their stories aren’t exactly the same, Meghan and Diana faced similar scrutiny from the British tabloids, who put their every move under a microscope. Both women even admitted to feeling a lack of support from the institution of the royal family.

“I came to understand that not only was I not being protected but that they were willing to lie to protect other members of the family, but they weren’t willing, to tell the truth, to protect me and my husband,” Meghan revealed during her no-holds-barred CBS interview with her husband, which aired in March 2021 after their step back from their royal roles was made permanent. “I continued to say to people, ‘I know there’s an obsession with how things look, but has anyone talked about how it feels? Because right now, I could not feel lonelier.’”

The Suits alum and her husband initially announced their royal exit in January 2020. The move came as a shock to people around the globe but was ultimately made to preserve the pair’s mental health after a “constant barrage” of toxicity. When asked how he thought his mother would feel about how the decision came to be, Harry knew she would have been supportive.

“I think she would feel very angry with how this has panned out and very sad,” he admitted during the sit-down. “But … all she’d ever want is for us to be happy.”

Scroll down for a closer look at the similarities between the two bombshell interviews. 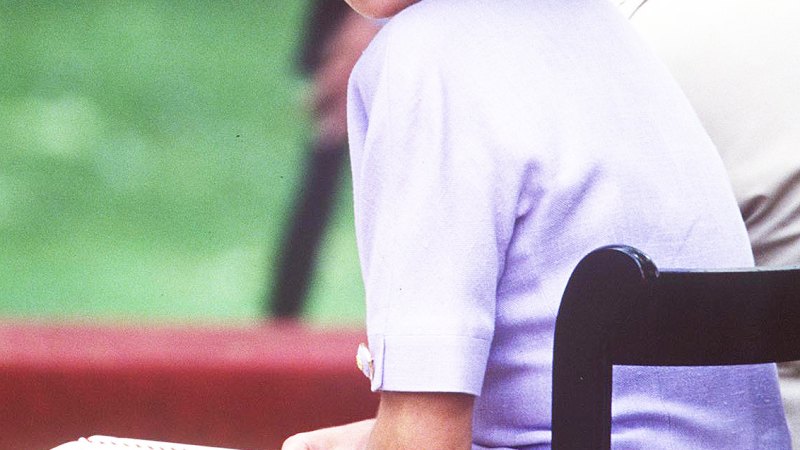 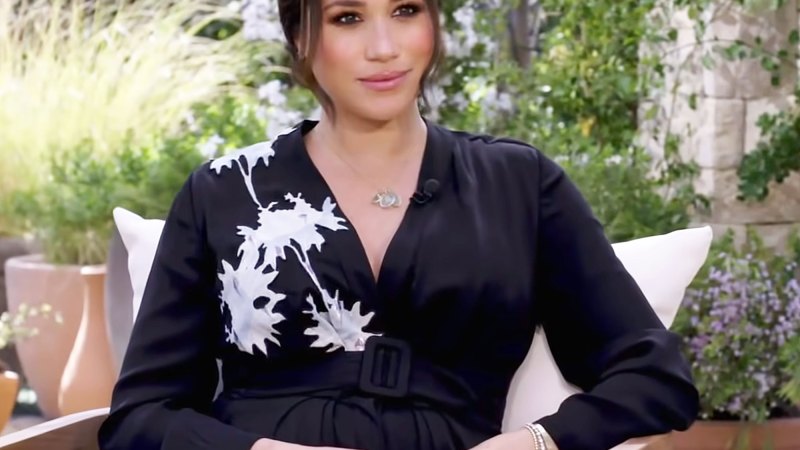 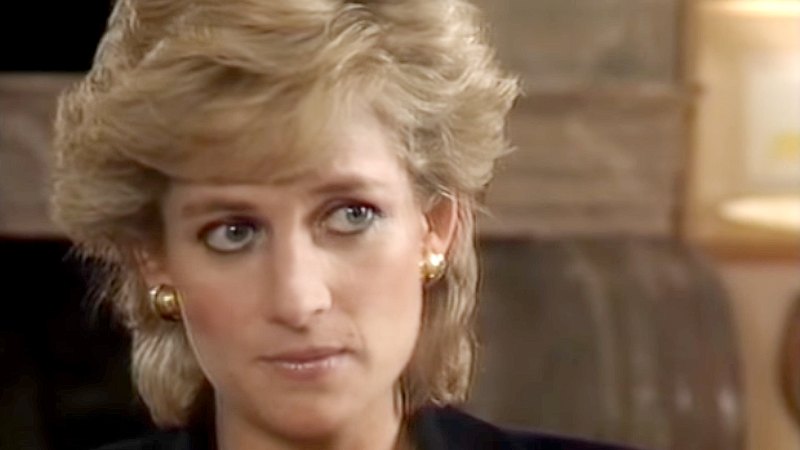 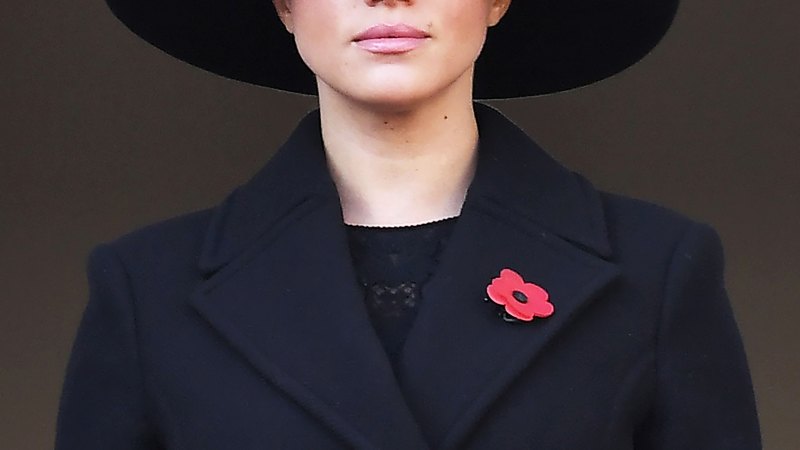 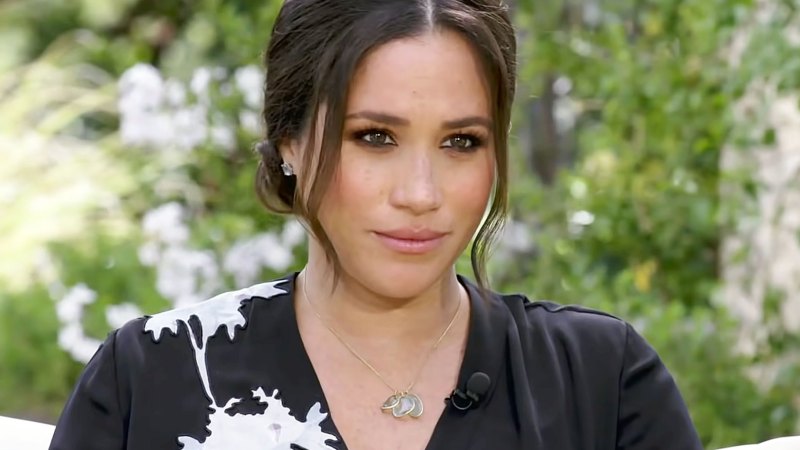 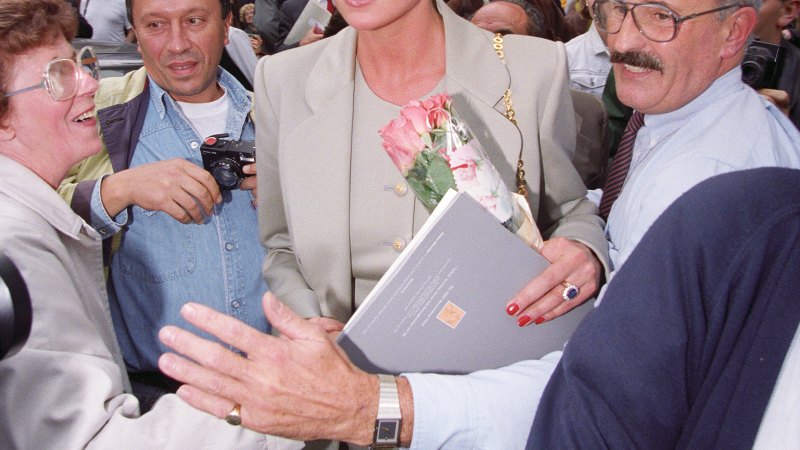 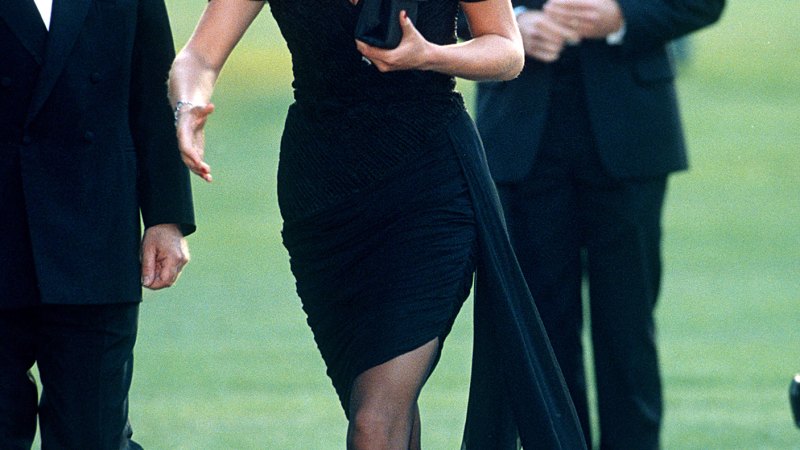 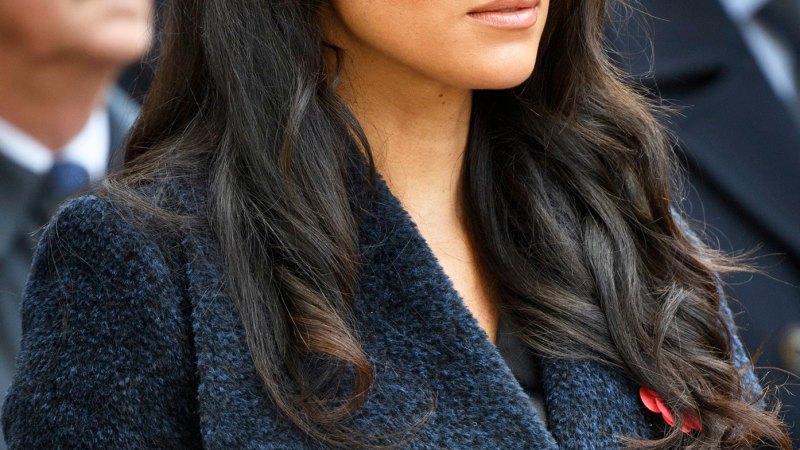 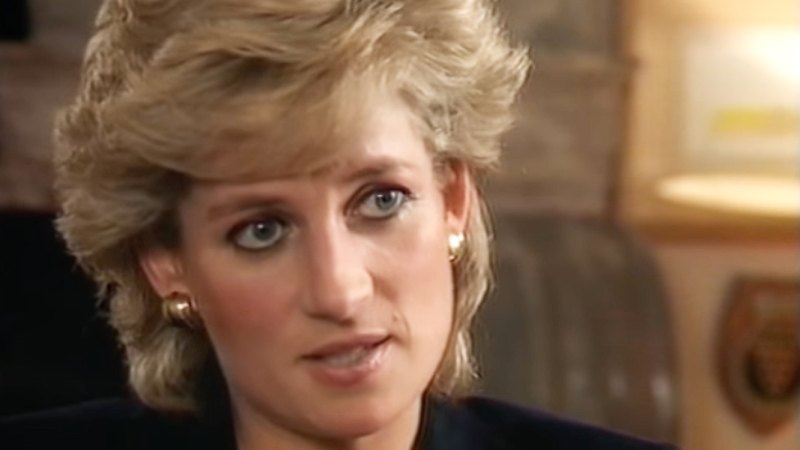 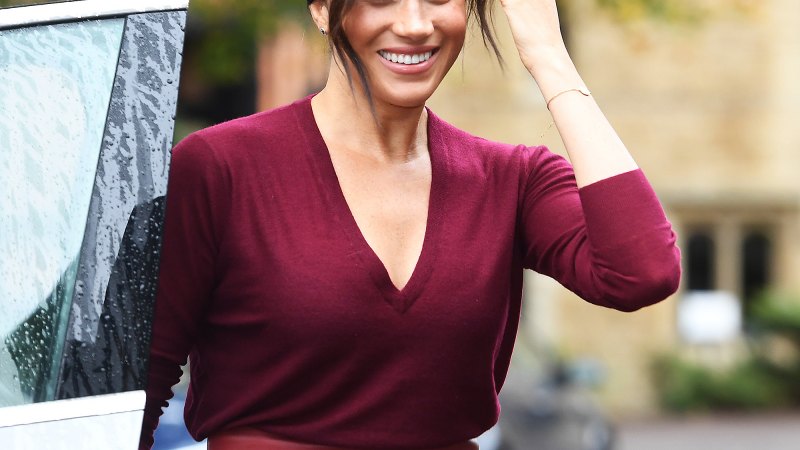