How Justin Trudeau bought himself some peace from Quebec’s culture wars, and what he paid for it 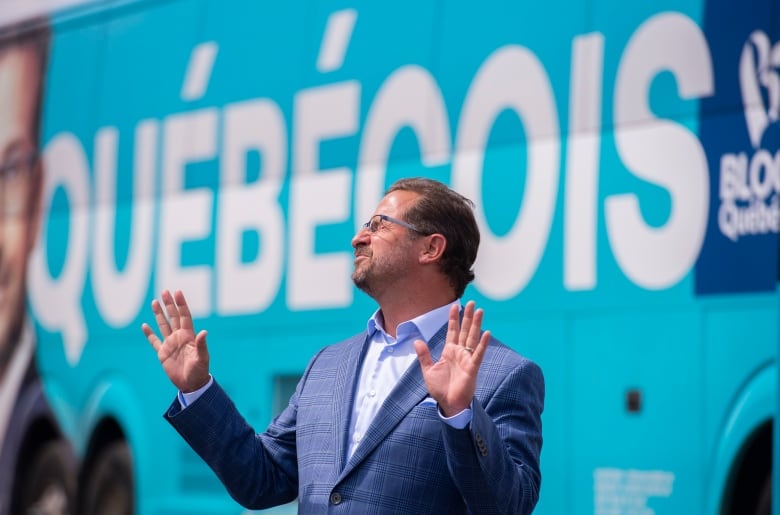 If you like the horse-race side of election campaigns, then the situation in Quebec might appeal to you.

The Liberals, according to many election observers, need to pick up between five and 10 seats in the province in order to turn their minority into a majority.

Their main opposition in this quest will come from the Bloc Québécois. The other federal parties have fallen behind in recent polling out of the province.

The Liberals find themselves in this enviable position thanks, in part, to an informal bargain that leader Justin Trudeau arrived at with Premier François Legault in the months leading up to the election.

Through a succession of lucrative federal funding announcements, ranging from high-speed internet to electric buses, Trudeau secured a measure of goodwill from Quebec’s popular premier.

Friction between the two leaders during the 2019 campaign had benefited the Bloc. But on the first day of this campaign, Bloc leader Yves-François Blanchet had to answer a question about the Trudeau-Legault “bromance.”

The implications of the bargain struck between Trudeau and Legault, however, extend well beyond the electoral fortunes of one party or the other.

They potentially involve Quebec’s economic development, its cultural anxieties, the protection of minority rights and, well, conceptions of federalism itself.

In the mood for a culture war?

In order to tease out the implications of the bargain, it might be helpful to re-frame the political benefits it brings to Trudeau and the Liberals.

The funding announcements appear to have bought Trudeau a sliver of peace amid Quebec’s culture wars.

In 2019, the hot topic on the campaign trail in Quebec was where the federal parties stood on the province’s recently passed Laicity Act, the law that prohibits public teachers and other civil servants from wearing religious symbols at work.

Trudeau left the door open to Ottawa playing a role in an eventual Supreme Court challenge. It was a position too timid for many opponents of the law, especially those outside of Quebec, but it was enough to trigger harsh words from Legault.

Blanchet, on the other hand, pitched himself as a defender of the law from outside meddling. His party gained 22 seats, the Liberals lost five.

Yet Bill 21, as the Laicity Act is often called, is only one battleground in an ongoing culture war in Quebec, pitting conservative nationalists against progressive-types.

In recent months, acrimonious debates have flared up over issues such as immigration levels, systemic racism, cancel culture and freedom of expression on university campuses.

Whether he’s directly involved or not, Trudeau’s name is often invoked by critics in these debates, as someone representing a multicultural Canada intent on imposing foreign conceptions of rights and political correctness that threaten the unity of Quebec society.

This anxiety, when it manifests itself, has tended to benefit the Bloc. But the pandemic, as it has elsewhere, has refocused the priorities of many Quebecers.

A tight labour market that threatens the economic recovery, a health-care system still shaken by the pandemic, rising infection rates — these issues, not cancel culture, occupied the first week of the campaign.

If that’s where the minds of voters are at, then Trudeau has positioned himself well.

Since March, he has made a number of appearances with Legault, announcing joint projects they described as laying the groundwork for the post-pandemic economy.

These include $50 million to build an electric vehicle battery plant, $400 million for high-speed internet, $440 million for greening the aerospace industry.

They were seen together again just days before the election, as Trudeau announced $6 billion in daycare compensation.

The latter came with the usual no-strings attached rider for Quebec, also known as asymmetric federalism.

Bloc Quebecois Leader Yves Francois Blanchet: ‘Justin Trudeau would not have worked closely with Francois Legault if we were not there.’

When asked why Quebecers should vote for him, Blanchet said his presence helps to ensure that the federal government respects Quebec and its demands. 1:07

Alongside the funding announcements, Trudeau also has displayed a more fluid, less centralized approach to federalism, at least when it comes to Quebec-Ottawa relations.

Whereas Trudeau hasn’t hesitated to intervene in some provincial matters, such as carbon pricing, he has been more reluctant to do so when it comes to Quebec legislation that has national ramifications.

When Legault tabled legislation (Bill 96) this spring that would simultaneously bolster the province’s language laws and unilaterally alter the Constitution, Trudeau surprised many when he offered no resistance.

And this despite concerns expressed by Quebec’s anglophone community who, among other things, are worried about privacy rights, given the bill is proposing to grant search and seizure powers to language inspectors.

As it did with the Laicity Act, the Quebec government is planning to invoke the notwithstanding clause to shield the eventual law from constitutional challenges.

In both instances, Legault is using the pretext that the individual rights laid out in the Charter impede Quebec from protecting its collective rights.

Using the notwithstanding clause like this, however, creates uneven access to basic Charter rights across the country.

As it stands, a Muslim woman does not have the same workplace opportunities in Quebec as she does in Ontario or British Columbia. Bill 96 could have similar implications for the rights of linguistic minorities.

Trudeau’s support for Bill 96 may allow him to duck some of the fire that Quebec nationalists are always intent to direct his way.

That would mean breaking with the original vision of the Charter. And, for Trudeau, that would be a steep price to pay.