How Does The Richest Nation Solve A Milk Shortage? By Airlifting 4,000 Cows 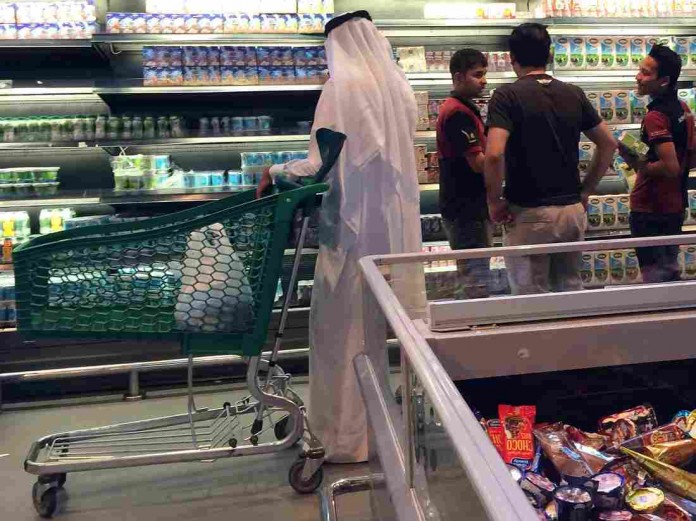 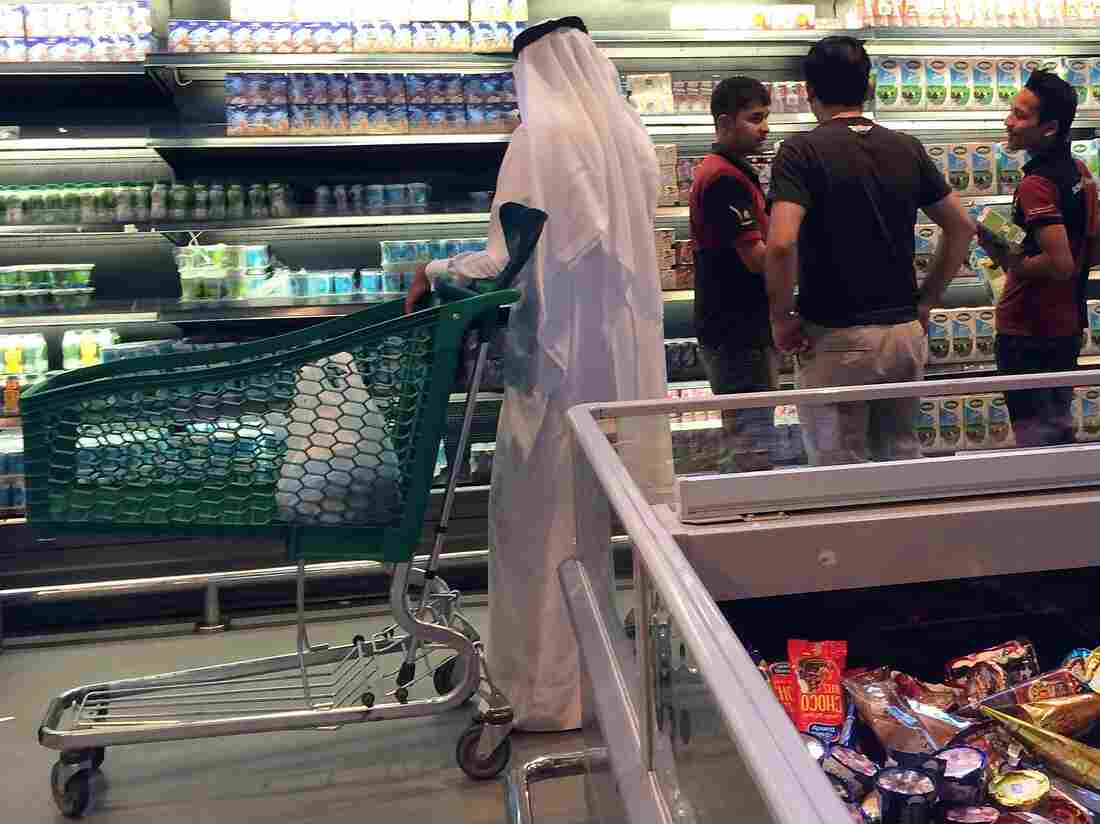 Customers shop at the al-Meera market in Doha on Saturday. Qatar faces possible food and dairy shortages after its Gulf Arab neighbors cut ties with the wealthy nation.

How do you start a dairy industry overnight in a wealthy desert nation with its transport links blockaded? You buy 4,000 cows from Australia and the U.S. and put them on airplanes.

That’s what Qatari businessman Moutaz Al Khayyat told Bloomberg he’s doing. The airlift will require as many as 60 flights on Qatar Airways, but as Al Khayyat told the news source, “This is the time to work for Qatar.”

Last week, Saudi Arabia, Bahrain, Egypt and the United Arab Emirates all cut ties to Qatar. While it’s very wealthy due to its oil and gas reserves, Qatar imports 80 percent of its food from bigger neighbors, like the UAE and Saudi Arabia.

Or rather, it did until last week. Qatar is a peninsula in the Persian Gulf, and it shares its only land border with Saudi Arabia — a border that is now closed.

News of the blockade sent people rushing to grocery stores, with reports of long lines and empty shelves.

Qatar is the richest country in the world – its GDP per capita is $141,542, according to 2015 data from the World Bank. The average annual income of native Qataris is reportedly about $400,000.

But while Qatari citizens are very wealthy, foreign workers make up 90% of the country’s population. The low-paid migrant workers, mostly from Asia, continue to face abuse and exploitation, according to a 2017 report from Human Rights Watch.

And Qatar needs those foreign workers now more than ever. As it prepares to host the 2022 World Cup, the nation is building eight stadiums and a metro system for Doha. Some 40,000 workers are reported to be working on the metro project alone.

It’s the low-paid workers who would bear the brunt of any food shortages from the blockage, which is happening in the midst of Ramadan.

After they land, the cows will make a home in the Wisconsin of Qatar: “a site covering the equivalent of almost 70 soccer fields, new grey sheds line two strips of verdant grass in the desert with a road running through the middle up to a small mosque,” according to Bloomberg.

Al Khayyat, chairman of a company called Power International Holding, told Bloomberg that he had already been planning on importing the cows by boat. But when Qatar was cut off by Saudi Arabia and four other countries, he picked up the pace. He expects milk production to begin by the end of June, and to meet a third of Qatar’s milk demand by mid-July. He told the publication that shipping the cows by air raised their transport cost five times over, to $8 million.

Qatar’s “National Vision 2030” aims to create “a diversified economy that gradually reduces its dependence on hydrocarbon industries.” Becoming less reliant on foreign foodstuffs is a key part of that effort.

Al Khayyat told Entrepreneur Middle East in a 2015 article that he was exploring opportunities in farming and dairy manufacturing, and noted that his construction company had “set itself apart from its peers with its ability to successfully perform and deliver a wide range of diverse projects on a design build turnkey lump sum basis.”

Flying in thousands of cows when you need them is certainly one definition of turnkey.

“No one in his daily life feels a crisis” because of the blockade, Al Khayyat told Bloomberg. “The government is working very hard to ensure there’s no effect.”