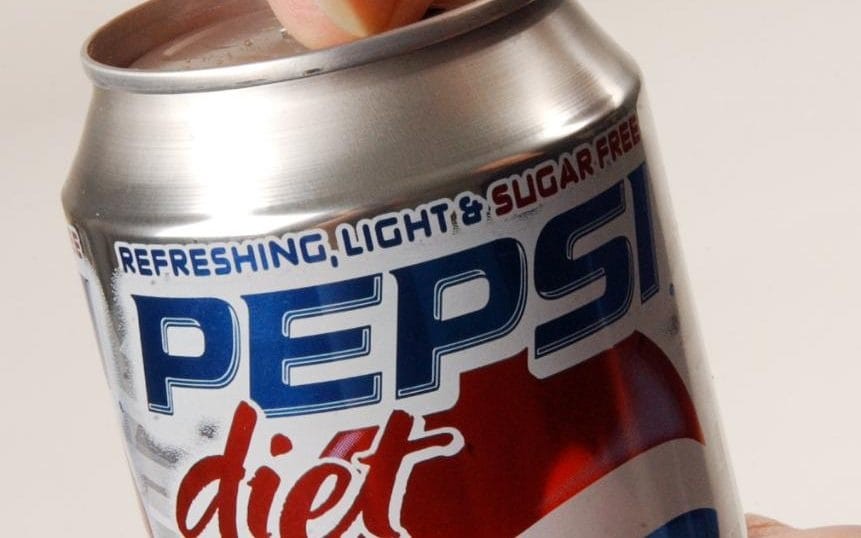 DIET DRINKS… Researchers at Yale University say in nature sweetness signals the presence of energy, so that the sweeter something tastes, the more calories it contains. When a drink is too sweet for the calories it contains, the brain becomes confused. PHOTO CREDIT: Getty Images

Diet drinks and meals could cause people to put on weight and trigger diabetes even when they are low-calorie. Modern diet products confuse the human body because there is nothing natural like them, scientists say. Where a low-calorie drink is still as sweet as the normal version, the mismatch appears to send our metabolisms haywire.

Researchers at Yale University say in nature sweetness signals the presence of energy, so that the sweeter something tastes, the more calories it contains. When a drink is too sweet for the calories it contains, the brain becomes confused. It does not register that calories have been consumed, which could lead someone to end up eating more.

Co-author Professor Dana Small, from Yale University School of Medicine, said ‘a calorie is not a calorie’ in this situation, adding: “The assumption that more calories trigger greater metabolic and brain response is wrong. Calories are only half of the equation – sweet taste perception is the other half.”

A sweet-tasting, lower-calorie drink can trigger a greater metabolic response than drinks with higher calories, explaining the association between artificial sweeteners and diabetes discovered in previous studies.

The results were discovered by giving 15 people drinks with varying calorie contents, then measuring their brain response in an Magnetic Resonance Imaging (MRI) scanner.

Responding to the study, published in the journal Current Biology, Tam Fry, of the National Obesity Forum, said: “This research should be enough to convince you that artificial ingredients, whether they be in food or drink, can screw up your system even though they may sound healthy. “They may be free of calories but not of consequences – and diabetes is only one of them.”

Many processed foods contain similar mismatches, including yoghurts with low-calorie sweeteners. The findings follow previous research showing expectant mothers who drink diet drinks are more likely to have overweight children, who are believed to develop a sweet tooth after being exposed to the artificial sweeteners in the womb.

Adults who have at least one diet drink a day are three times more at risk from a stroke or dementia, research showed in April. Scientists said they should no longer be regarded as the healthier alternative and urge the public to stick to water or milk.

Their study of almost 4,400 adults also suggests diet drinks are more likely to cause strokes and dementia than those full of sugar. There was no link between sugary beverages and either of the illnesses – although the researchers aren’t encouraging us to drink them either.

The team of scientists from Boston University believe the artificial sweeteners including aspartame and saccharine maybe affecting the blood vessels, eventually triggering strokes and dementia.