How a surprise deal to boost oil supply could ‘stir the pot’ in the Mid East, and test Saudi Arabia 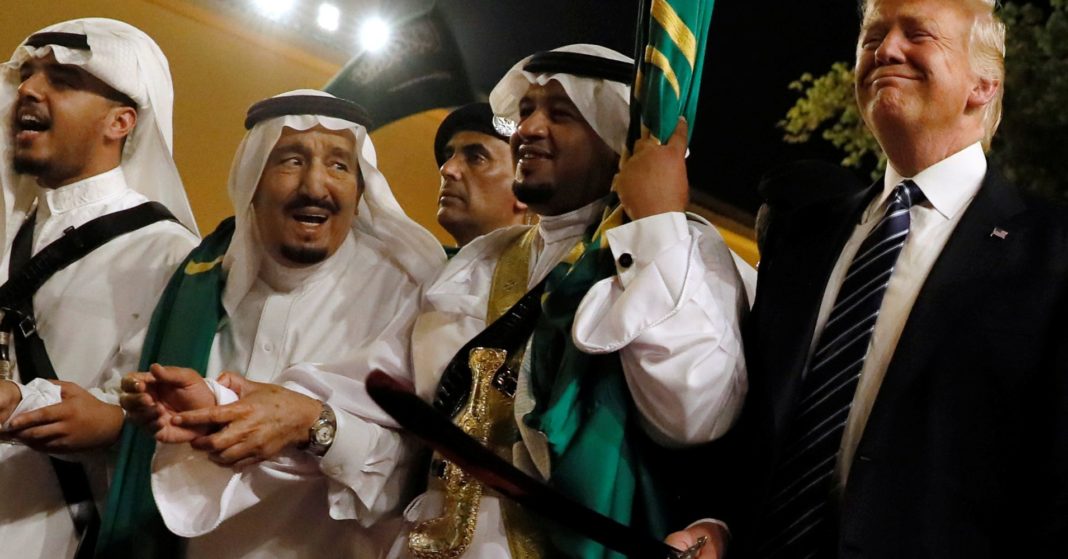 An impromptu agreement between the United States and Saudi Arabia to add more supply to increasingly tight oil markets is perceived as a test of the kingdom’s ability to pump more crude — and could further antagonize Iran and Venezuela, as both countries grapple with deteriorating conditions in their respective economies.

Barely a week after OPEC’s decision to ramp up oil supplies, President Donald Trump surprised the world on Saturday by announcing a new side agreement with the Saudis to smooth over supply shortages from crisis-hit producers, Iran and Venezuela. Both countries resisted the oil cartel’s decision last month’s agreement, even though OPEC demurred on how much it would boost supply.

The president and King Salman agreed that Saudi Arabia would add more output to a market that’s seen crude shoot to its highest level in more than 3 years above $74 per barrel.

According to Trump, the world’s largest oil producer will inject up to 2 million barrels a day to world oil markets — a figure Saudi officials did not immediately verify in a readout confirming the call between Trump and Salman.

Gas prices have risen in tandem with crude, ramping up political pressure on Trump as he fights a multi-front trade dispute that has roiled markets and threatens the global growth outlook.

Meanwhile, the US-Saudi deal represents a challenge to market fundamentals. If accurate, the 2 million barrel per day figure cited by Trump is the upper end of Saudi Arabia’s excess crude supply, which ranges between 1.5 million and 2 million, according to estimates from the Energy Information Administration.

Separately, the agreement is also fraught with geopolitical consequences. Iran — which along with Venezuela resisted OPEC’s deal to ramp up capacity — is being targeted with a new round of sanctions meant to squeeze the government Tehran.

Since last month, when Trump pulled out of the nuclear which lifted most sanctions in 2015, the rial currency has dropped up to 40 percent in value, prompting angry protests by bazaar traders usually loyal to the Islamist rulers.

Indeed, John Kilduff of Again Capital, who also questioned Riyadh’s ability to pump that much additional oil, said the U.S.-Saudi accord would “most certainly anger the Iranians, who just left OPEC confab last week with an agreement that production would not be raised.

Given that Saudi Arabia had to cajole Iran and Venezuela to agree to an output boost last week, the new deal may be seen as “attempt to stir the pot in the Middle East,” Kilduff added.

“The Trump administration is pushing hard to squeeze and isolate Iran to the breaking point,” he said. “Don’t be surprised if Iran ups the ante and starts to threaten shipping interests in the Strait of Hormuz as a counter measure.”

Saturday’s news underscored how politics are as decisive as economic fundamentals in determining oil prices and supply. As relations between the U.S. and Russia – the world’s second largest crude producer— have hit a nadir, Saudi Arabia is a touchstone of America’s limited ability to exert influence over the oil cartel.

“Riyadh and Moscow are calling the shots, being the largest producers with the capacity to adjust output readily and in size,” wrote Konstantinos Venetis, senior economist at research firm TS Lombard Research, in a note earlier this week. That position, however, isolated some OPEC countries eager to reap more revenue from higher prices.

As Iranian supply is squeezed by sanctions and Venezuela’s production hampered by a relentless deterioration in its economy, “Saudi Arabia with the [Gulf Cooperation Council Countries] and Russia are easily able to take up this kind of slack – Aramco alone has spare capacity of 2 million barrels per day, according to its CEO,” Venetis said, referring to Saudi’s massive public oil giant.

The impact of a deal between the U.S. and Saudi Arabia won’t be felt until oil begin trading early Monday. However, any relief in prices is likely to be short-lived, given that analysts believe the near-term risks are putting upward pressure on the market.

“We see the Trump administration taking advantage of any dip in oil prices to put additional pressure on Tehran, likely reducing downside risks to oil prices in the absence of a full blown trade war,” analysts at Bank of America said in a recent research note.