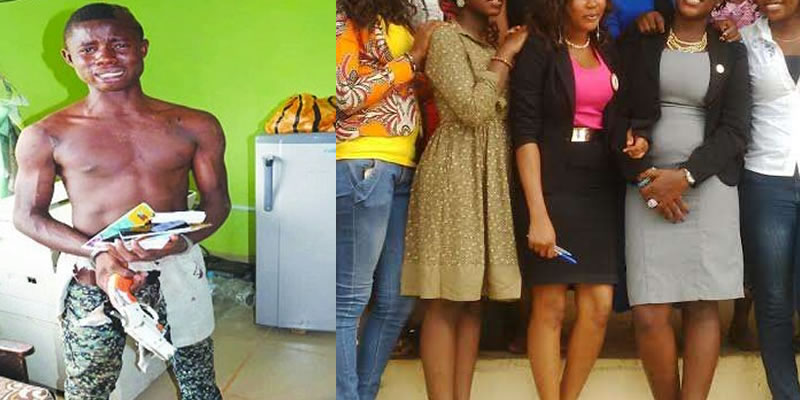 The suspect, Chidi Okoye Christian has been on the wanted list of EKSU Security Unit for some time following attacks on students living off campus.

The suspect, who is not a student of the University, was arrested and paraded with his accomplice, Odunmbaku Kayode.

Ajayi, who was with the Investigating officer, said most of the victims live in nearby Iworoko.

The EKSU guard noted that the suspect usually carries a pistol with which he threatens his victims.

“With a good knowledge of the neighbourhood where Okoye himself resides, it was easy for him to unleash terror in the middle of the night and return to his room, which he shared with an accomplice, Kayode Odunmbaku.”

Okoye confessed, and he was identified by his father, who told the police that the suspect “has been a wayward boy who ran away from home.”

The duo will be charged to court as soon as police conclude investigation.