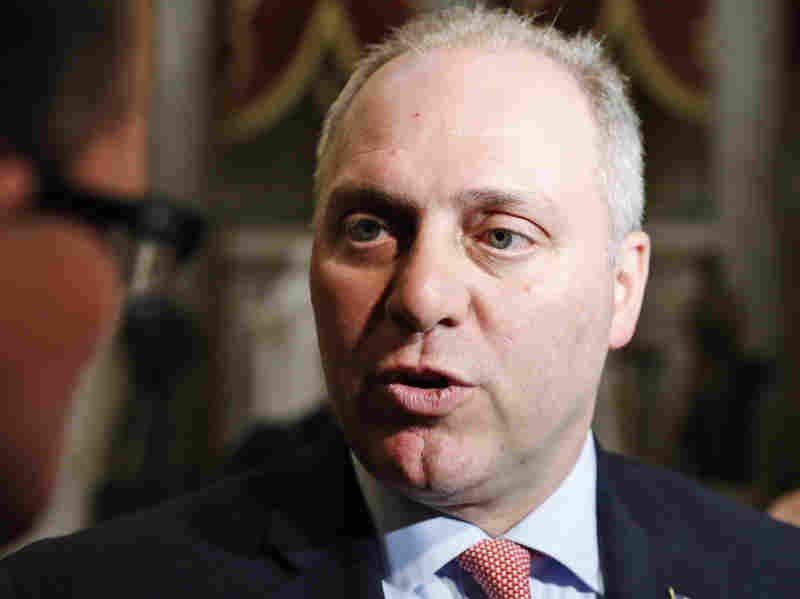 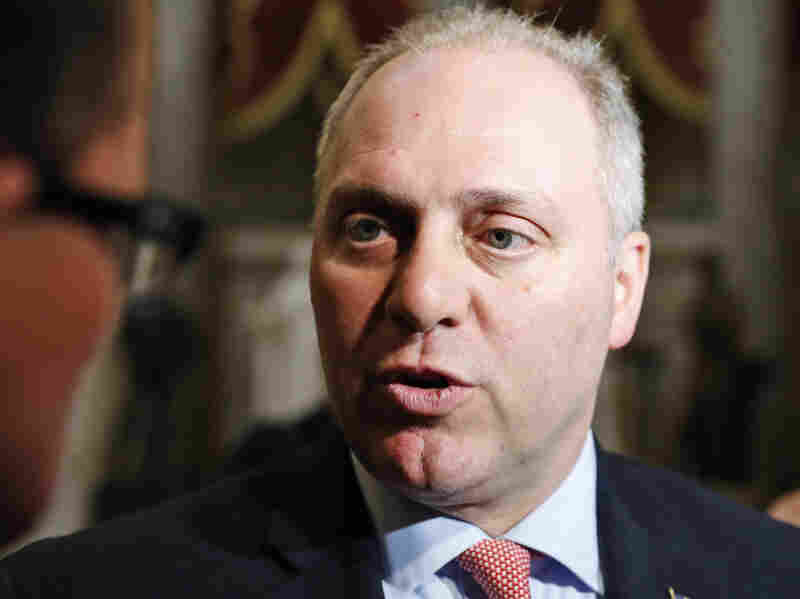 In May, Majority Whip Rep. Steve Scalise, R-La., speaks with the media on Capitol Hill in Washington, D.C.

Republican Rep. Steve Scalise of Louisiana, who was wounded last month when a gunman opened fire on a Republican baseball practice in Alexandria, Va., is back in intensive care because of concerns for infection.

Congressman Steve Scalise has been readmitted to the Intensive Care Unit at MedStar Washington Hospital Center due to new concerns for infection. His condition is listed as serious. We will provide another update tomorrow, July 6.

Scalise, 51, who is the No. 3 Republican in the House, had been moved out of intensive care on June 22 after undergoing multiple surgeries. At that time, his condition was described as fair.

He had been in that unit since the shooting on June 14. Four other people were shot in the attack but Scalise was the most seriously wounded.

The gunman, James T. Hodgkinson, was killed in an exchange of fire between U.S. Capitol Police and other officers.

The FBI said it didn’t appear that Hodgkinson was targeting a specific individual and the attack appears to have been spontaneous.

Scalise is the 17th member of Congress shot while in office.

He was elected in 2008 to represent Louisiana’s 1st Congressional District. It was a special election to replace Bobby Jindal, who had just been elected governor.