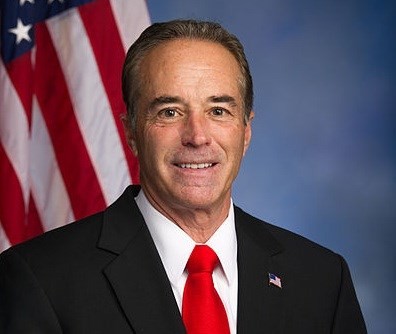 The House Ethics Committee is reviewing allegations that Rep. Chris Collins (R-N.Y.) engaged in misconduct, four months after his personal investment practices came under scrutiny in the media.

Leaders of the Ethics Committee said they had “jointly decided to extend the matter” and plan to announce their course of action in October.

The announcement provided the first public confirmation that the Office of Congressional Ethics (OCE), an independent ethics monitor, investigated Collins and concluded that there is substantial reason to believe he violated the law, House rules or the code of conduct governing lawmakers.

The Ethics Committee, which received the OCE’s report July 14, said its review “does not itself indicate that any violation has occurred.” It did not provide details of the OCE’s investigation or describe the specific allegations against Collins.

The New York Republican, who has denied wrongdoing, received a barrage of negative headlines in April and May after the Daily Beast reported that he wrote legislation that would benefit a pharmaceutical company in which he held a substantial interest.

Collins’s involvement with Australian pharmaceutical company Innate Immunotherapeutics, including his participation in its initial public offering in late 2013, prompted Rep. Louise M. Slaughter (D-N.Y.) to introduce a bill designed to stop lawmakers from taking advantage of exclusive stock deals not available to the public.

The legislation would bar members of Congress from taking part in foreign IPOs or private-placement stock offerings. It would also stop them from purchasing stock at discounted prices.

A spokeswoman for Collins denied allegations of misconduct and accused Slaughter of engaging in a “partisan witch hunt.”

“Today’s announcement was expected and is nothing more than a pro forma delay because Congress is currently in its August recess,” Sarah Minkel said in an emailed statement. “Congressman Collins has followed all ethical and legal guidelines when it comes to his personal investments and he looks forward to their review.”

The Ethics Committee must make the OCE’s report public Oct. 12, unless it impanels an investigative subcommittee to explore the matter further.

The OCE, which has not confirmed its investigation of Collins, declined to comment because the matter is pending.