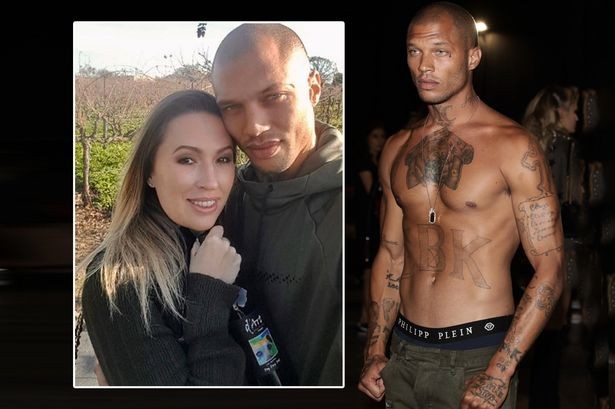 When “Hot Convict” Jeremy Meeks was caught kissing heiress Chloe Green on a luxe yacht last weekend in Turkey, the world was shocked. But no one more so than Meeks’ wife, Melissa Meeks, who thought the father of her three children was out of the country for a modeling gig, promoting a holiday resort in Turkey. From the photos, it appears as though the trip wasn’t all work…

On Sunday, Melissa told the Daily Mail, where the photos were first posted, that she felt “humiliated” after seeing the photos and that her “world has been torn apart.”

Melissa said, “I know it takes two to tango but she knew he was married. To me, that’s unforgivable. My whole world has been torn apart by this. What do I tell our children? My heart is broken.” 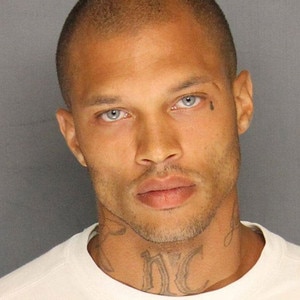 In the interview, Melissa confessed that her now-estranged husband begged for forgiveness upon his return to Los Angeles and said, “I didn’t mean for this to happen.”

The 38-year-old mother of three also says that the couple is done and will be divorcing.

But just because the marriage may be over, that doesn’t mean Melissa’s anger has faded.

In the emotional interview, Melissa asks, “What sort of woman would do something like this to another woman? My marriage wasn’t perfect but I thought it could be saved, until this happened.”

As for whom she blames: “Of course I’m angry at her. What she did is unforgivable. And I’m angry at him too. What they did destroyed my entire world.”

In the sit-down, Melissa, who is a nurse, asked, “Did either of them think about the children and how this will affect them? They’re the innocent victims in this. And so am I.”

Last weekend, in addition to the kissing photos, Chloe, the daughter of disgraced TopShop billionaire Sir Philip Green, posted a photo of herself, Jeremy and his manager/photographer Jim Jordan.

“Just the Beginning,” she wrote. “We appreciate all the love and the hate.”

Chloe took the image down, but of course, it’s still everywhere. The Internet is forever…

Jeremy rose to fame in 2014 after his blue-eyed mug shot, taken after his arrest for felony gun possession, went viral.

He was sentenced to more than two years in prison. While behind bars, he landed a modeling contract and has been heating up catwalks (and yachts) since his release in 2016.