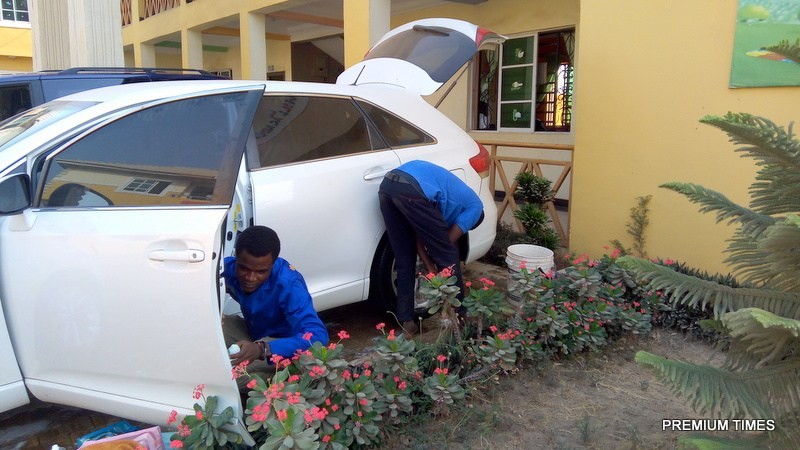 Succour may be near for the family of deceased hero cop who confronted a four-man robbery gang in a shootout at the Owerri, Imo State branch of Zenith Bank on Wetheral Road, as well-meaning Nigerians have committed to settling their house rent which is overdue.

Twitter user and host, PolitrickswithKO on BEN-TV, Kayode Ogundamisi, had, in a post on Sunday, announced the commitment, tweeting, “@MobilePunch we already have a commitment on @Twitter of about N200K that can clear N180K owed by the hero #HonourSergeantChukwudiIboko.”

.@MobilePunch we already have a commitment on @Twitter of about N200K that can clear N180K wowed by the Hero #HonourSergeantChukwudiIboko pic.twitter.com/M9YPj7GG7E

Apparently thinking they could make a swift snatch and a clean getaway, the gang had, on February 22, 2017, trailed the Zenith Bank’s customer to the branch, came down shooting into the air, but failed to reckon with Sergeant Chukwudi Iboko who engaged them fire-for-fire, killing one.

Iboko, in April, died from the injuries he sustained in that incident.

Despite his heroic deed, however, his family had been left to fend for themselves by the Nigeria Police Force and the Zenith Bank, which he died defending.

In a chat with Sunday PUNCH, Idoko’s widow, Rose, when asked if Zenith Bank and the Police had rendered any assistance to them, had said, “Not at all.

“I am now left with my children;” adding, “The bank only assisted me in making sure that he was buried. After that, no help has come from the bank.”

Continuing, the mother of seven said, “It has been hell for me since he died. The children dropped out of school because I could no longer pay their school fees.

“I don’t work, I am a housewife. His sudden death was an agonising loss to my family.

“To eat is now a problem. Most times, we don’t eat and when we eat, it is half food.

“Last night (Friday), we took groundnut as dinner. It has been very difficult for us.

“We now live from hand to mouth. We always go to bed hungry, without knowing where the next meal will come from.”

Nigerians have, however, gone on Twitter to indicate their support and commitment to assist the family.

Will gladly sign up for the #HonourSergeantChukwudiIboko donation. However, there’s something wrong with our reward values @ogundamisi

He’s a Hero. @PoliceNG can do better. #HonourSergeantChukwudiIboko for his gallantry. He died serving and protecting his community. pic.twitter.com/0PJ5rxqw1N

.@MobilePunch we already have a commitment on @Twitter of about N200K that can clear N180K wowed by the Hero #HonourSergeantChukwudiIboko pic.twitter.com/M9YPj7GG7E

Hmmmm… How about a GoFundMe page?
#HonourSergeantChukwudiIboko