Homeschoolers: We Need to Police Our Own 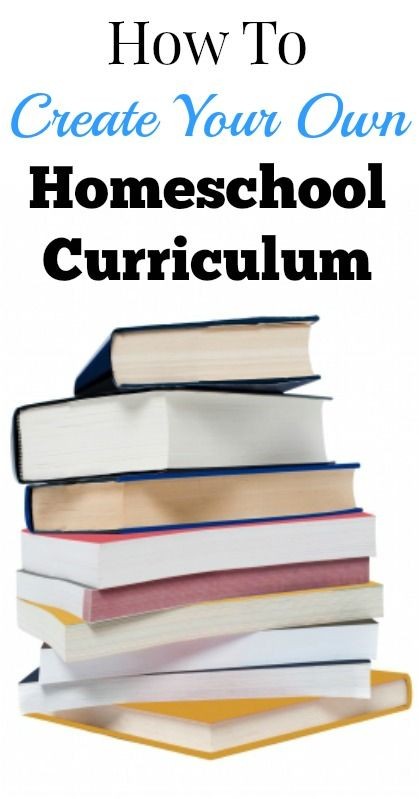 There is a dark side of homeschooling where abuse can flourish, and I want to talk about that today.

But first, a bit of background: I homeschooled both of my daughters right through, up to university (Rebecca completed first year university online before she went to the University of Ottawa, and Katie completed most of it). I firmly believe that this was the best thing we ever did as a family, and my girls will tell you the same thing. They got an amazing education. They were able to have amazing part-time jobs that helped them so much. They excelled in some extracurricular competitions and were able to dedicate time to them. They developed hobbies and skills that have lasted beyond university (Katie started a YouTube channel at 16 that now supports her full-time). They took multiple music lessons and now play instruments that they can use on a praise team or for their own pleasure. And they did all of that during the day, so that, in general, we had evenings at home.

I also firmly believe that homeschooling, if done well, is usually completely superior to a school system, because education can be tailored to the child’s abilities and interests, and you can avoid all the busy-work of the classroom setting. So you get far more done. My girls were roughly 3 grade levels ahead on just about everything, while we did academic work for only about 4 hours a day during the elementary/middle school years (the other hours we did swimming lessons and music lessons and sports and just extracurricular trips).

That being said, I also firmly believe two things:

Some people do their children an incredible disservice by “homeschooling” them badly, so that they get virtually no education at all;

Abuse is higher among homeschoolers than the general Christian population.

I want to flesh out those two things today, and then talk about our response.

This week I’ve talked about communities where there have been crises of abuse, and here’s the point I really want to drive home:

I wrote a long explanation of how this happens and the effects in this post begging Christians not to make women and children powerless in the name of God. I won’t rehash that here, but I would like to explain how this can happen among homeschoolers.

Most homeschoolers are amazing. But homeschooling also attracts abusers. What is our response?Click To Tweet

Homeschoolers Are a Very Diverse Group

All kinds of studies have shown that homeschoolers, on average, perform better on standardized tests than kids at school, and I do believe those studies. It makes sense. Kids who get one on one instruction will just learn to read and do math more quickly. But that being said, it does not follow that ALL homeschoolers are academically superior.

I’ve belonged to several homeschooling groups over my life, and I’ve spoken at multiple homeschooling conventions. And this is how I’d divide it (and this is ME totally guessing these numbers. I have absolutely no scientific backing to this. This is simply my personal observation):

Their parents want their kids to learn so much, and are excited by the academic prospects homeschooling brings. They lean towards a classical education, and love inspiring debate and creativity in their kids. When these kids graduate, they are often far ahead of peers.

Not to brag (although it will sound like bragging), I’d put my own kids in this category. And I know others in my circle whose kids have gone on to become doctors, lawyers, engineers, or even start their own businesses.

They really know grammar, spelling, and math rules. They have these down pat, which allows them to more easily excel at high school English and at advanced math, because the foundation was so strong. They aren’t necessarily academically inclined, but if you compare them to the average classroom schooled child, they end up ahead. Their focus at home isn’t necessarily on academics, but because of the rigorous foundation and one-on-one instruction, they tend to do quite well.

If you look at statistics for schooled kids, a high minority of kids graduating high school can’t actually write a decent paragraph. Some homeschoolers would fall into this category, too. Academics really weren’t the focus at home, but they learned enough to get by. Often where these kids excelled were in other areas–entrepreneurial skills, trade skills, something else.

Unfortunately, I know far too many families who “homeschool”, but what they really mean is simply “we don’t send our kids to school”, not “we actually teach them anything”. And all too often these kids grow up virtually illiterate, or unable to get a GED (in Canada that’s what we call a high school equivalency certificate; I don’t know what they call it elsewhere). They’re held back in life because it’s hard to get just about any job if you don’t have a GED and you really don’t have any marketable skills. And you can’t expand your education on your own without a GED.

So why are academic achievements among homeschoolers so diverse?

I think it’s because we homeschool for different reasons.

2. Logistics Reasons to Homeschool:
Families want family time. They don’t want to be rushing around every night after school, getting kids to soccer or piano or swimming lessons, and never having time as a family. They want the siblings to play together and to have down time together and to enjoy each other. If you homeschool, even if you’re busy in the evenings, at least you see each other during the day.

3. Faith Reasons to Homeschool:
Some families want to be able to teach their kids the depth of their faith, and to have that be a large part of schooling. They don’t want their kids exposed to what the public school teaches.

5. Control Reasons to Homeschool:
Some families have very strict ideas of what is acceptable behaviour and beliefs, and they want to ensure that their kids have the same behaviour and beliefs as the parents. They are controlling and verging on abusive (if not outright abusive), because they believe the children must conform absolutely to parents’ wishes.

I’d say Keith and I emphasized #1 and #2, with some degree of #3. But I’d say likely the majority of homeschoolers do so based on #3.

Because you homeschool for very good reasons of wanting your kids to know Jesus, when you meet a family who is even more adamant about it, couching their beliefs about homeschooling in Christian terms (“the world is trying to pervert our children, and it is our God-given duty to train up our children appropriately to be godly”), then we assume they’re just like us.

But what if they’re not?

Homeschooling can be a wonderful thing. But homeschooling also naturally attracts people who have very rigid views of family hierarchy, who are very controlling and anti-authority in other ways, who want the ability to control their kids with no outside influence, and who love the idea of being able to do things in secret.

That does not mean that all homeschoolers are like that. But because of the nature of homeschooling (you’re doing it behind closed doors; you have absolute authority over your kids; your children are sheltered from outside influence), parents who are controlling in an abusive way will gravitate to it.

This is why I firmly believe that the rate of abuse among homeschoolers is likely higher than in the general population.

Homeschoolers, we need to get real about the danger some children are in within our circles

I hear so much at homeschooling conventions about promoting the rights of homeschoolers from government interference.

I actually agree, to a large extent. Parents in general can school their kids better, especially with all of the materials available to us now.

But if we are going to say that, then we must also agree to police our own.

We must look out for the children in our midst. We must be real that the threat exists. And some degree of government oversight may just be necessary.

If you are in a homeschooling group, you may be the only safe adults some kids will ever see. Controlling, abusive families usually go to controlling, abusive churches and come from controlling/abusive families. And they don’t tend to let their kids socialize in the wider community. So in your homeschooling sports events or field trips, you may be the only safe people those kids see.

And if you don’t speak up for them, maybe no one ever will.

One of the things that haunts me is the children of three families that I let down.

I was a young mom in awe of some of these older homeschooling families. I thought things were odd, but I was naive. I thought they were just more passionate than I was. But there were red flags and warning signs, and I didn’t follow it up. And as the kids have grown up, I’ve now learned of actual abuse which I think I suspected, but didn’t let myself admit.

Our homeschooling group was wonderful, in general. Many of the kids have gone on to be artists of some sort. One girl has been accepted in an elite art school. Katie has YouTube. My daughter Rebecca has just written a book about to come out with a major publisher. A group of our boys have a band that’s coming together (here’s a video where they asked Katie to star in it):

It was a great community, a great experience, with many great memories. Except for those three families.

We’re always telling Muslims that if they don’t want government interference in their mosques, then they need to start turning in suspected terrorists.

Well, homeschoolers, if we don’t want government interference in what we do, then we need to turn in those bad ones in our lot, too.

Now let me know in the comments: Have you seen this dynamic in homeschooling groups? How should it be handled? Do you have regrets about not turning in families that you have known?