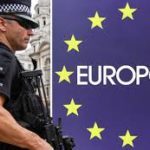 The Polish police, with the support of Europol and police of Croatia, Germany, Romania and Sweden smashed the group.

Europol said the suspects advertised and sold cars, agricultural machinery and other products online but failed to deliver the goods to interested buyers after receiving advance fee payment.

It said that adverts were posted on a number of internet trading platforms selling vehicles and machinery in different European Union (EU) member states.

The investigation found that about 1,000 individuals are victims of this criminal network, with an estimated total loss of at least 2.5 million euros ($2.8 million).

The police said investigations are still ongoing and more arrests are expected in the near future.