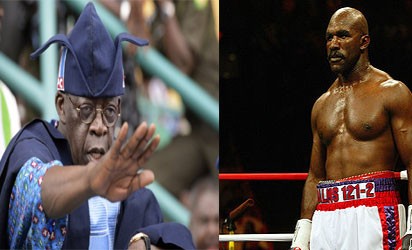 When Hall of Famer and former undisputed heavyweight world champion Evander Holyfield announced earlier this year that he was getting into the promotional end of boxing with his newly founded Real Deal Sports and Entertainment, he said he wanted not only to put on quality fights but also to help the fighters.

One of the ways he plans to do that is with the development of “The Real Deal Medical,” an initiative the company has announced that it believes will improve the standard of care for its fighters.

According to the company, the Real Deal Medical team will consist of ARP-certified physicians from various specialties who will provide the fighters with consistent medical care and maintain a medical history that will be able to track any changes in their physical or mental health. Real Deal Sports and Entertainment is partnering with Medical Arts Radiology, which will monitor the brain health of the fighters as well as provide pre- and postfight imaging studies to try to prevent any acute or chronic traumatic brain injuries.

“The whole reason I got into the promotion game was to be the best and to do right by the fighters,” Holyfield said. “This initiative demonstrates to the boxers and the rest of the world that we not only want what’s best for them during their careers, but we want what’s best for them beyond their careers. I really want to thank our committed doctors and Medical Arts Radiology for their dedication and efforts to improve the sport and protect the fighters.”

Said Dr. Steven Tuzinkiewicz, CEO of Medical Arts Radiology: “We are excited about our partnership with Real Deal Sports and Entertainment and look forward to contributing to the health of the fighters.”

For more than 70 years, the Long Island, New York-based Medical Arts Radiology has provided patients with diagnostic imaging and that will now extend to the boxers promoted by Holyfield’s company.

“I’ve had this vision for quite a while, and seeing it come to fruition is truly a blessing,” said Eric Bentley, the chief operating officer of Real Deal Sports and Entertainment. “There is so much good that can be done with this initiative, and I’m very grateful that Evander and Sal Musumeci, our CEO, not only believed in this venture but embraced it. Also, on behalf of Real Deal Sports and Entertainment, we are beyond proud to announce our partnership with Medical Arts Radiology and the vision Dr. Steven Tuzinkiewicz and his partners have to revolutionize the health and safety standards in ringside medicine.”

Bentley is vastly experienced in his boxing career, having worked as a matchmaker as well as a longtime regulator for the New York State Athletic Commission. He said it is time for fighters to have more consistent medical care.

“I’ve had the opportunity to observe the sport from both the promotional and the regulatory side,” Bentley said. “Many fighters don’t have health coverage and the only time most of them see a doctor is when they fight. Each state has a different roster of physicians, as well as inconsistent medical requirements and standards. There is no way for there to be an efficient way to track each fighter’s history from state to state, fight to fight, and we’re going to change that.

Real Deal Sports and Entertainment’s next fight card is scheduled for Sept. 9 at the Resorts World Casino in Queens, New York, where junior lightweights Elio Rojas, a former featherweight world titleholder, and Bryant “Pee Wee” Cruz are scheduled to meet in the 10-round main event.