Holyfield: ‘I was able to accomplish things no other fighters have’ 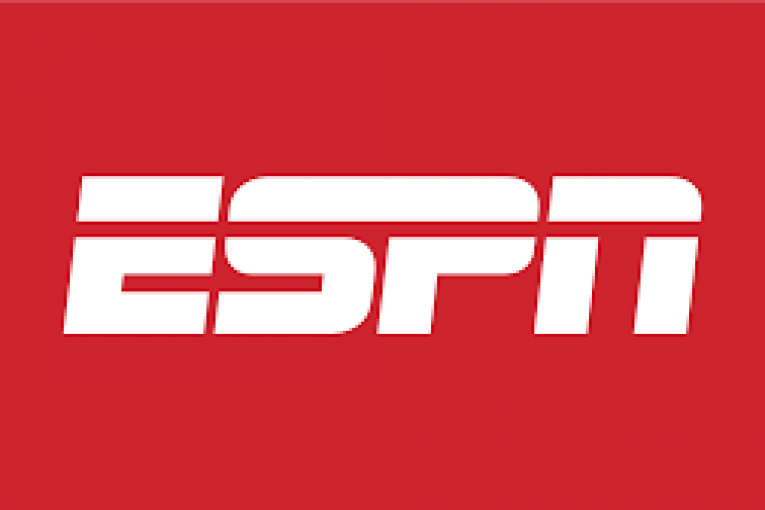 On Sunday afternoon, Evander Holyfield, whose tenacity and warrior mentality made him one of the greatest heavyweights in boxing history, will be inducted into the International Boxing Hall of Fame. With him in spirit will be his late mother, Annie Holyfield, the woman who instilled in him the dogged stubbornness that made him who he is.

“My mom is that person that taught me never to give up and to always work hard. Always,” Evander Holyfield told ESPN in an interview on Thursday. “She’d always say you’re never supposed to quit, you’re always supposed to work hard. My momma said, ‘If you outwork somebody, 99 percent of the time you’re gonna beat them. Whoever works the hardest is probably gonna win.’ That’s what she would say.

“My momma said, ‘Work the hardest, don’t take no shortcuts. Do that and you’re probably going to win.'”

Along the way Holyfield became a global star and engaged in some of the most memorable fights in boxing history. He will take his place among the sport’s immortals during the 28th annual induction ceremonies at the Canastota, New York, shrine.

“My mom is that person that taught me never to give up and to always work hard. Always. She’d always say you’re never supposed to quit, you’re always supposed to work hard.”

Annie Holyfield died in 1996 from injuries suffered in a car accident, a few months before Holyfield scored his most famous victory, the 11th-round knockout of massive favorite Mike Tyson to win a heavyweight world title for the third time.

Holyfield said he will think about her when he is inducted and that he is excited about the weekend.

“I feel good about it but I think that the day after [the induction] I’ll feel even better because you realized what happened,” Holyfield said. “I was able to be in the sport and I did some things that were pleasing to the people who judge fights and they say you’re one of the best ever.”

He is proud to have done things nobody else has.

“I was able to accomplish things no other fighters have,” he said. “Heavyweight champ four times. Undisputed cruiserweight champ. When you look at it, and the work is done, it just so happens I am the guy who’s been heavyweight champion more times than anyone, but I’ll tell you this also — records are made to be broken. That’s the reason you make records, to give something for others to shoot for, so I won’t be upset if somebody comes along and breaks my record. It will let me know boxing is still growing if someone breaks it.”

Mexican legend Marco Antonio Barrera, who won titles in three different divisions during his career, will take his place in the International Boxing Hall of Fame on Sunday. Al Bello/Getty Images

Being inducted in the nonparticipant category are Australian trainer Johnny Lewis, veteran Nevada judge Jerry Roth and the late ring announcer Jimmy Lennon Sr. The observer category inductees are longtime Showtime broadcast partners Steve Farhood and Barry Tompkins. The late Eddie Booker, a welterweight and middleweight contender in the 1940s and ’50s, will be inducted posthumously in the old-timer category.

There were the back-to-back huge wins against Tyson — the second, by disqualification, when Tyson infamously bit off a chunk of Holyfield’s ear. There was the epic trilogy with Riddick Bowe. A classic first fight (and first world title victory) against Dwight Muhammad Qawi that was a raging 15 rounds of violence. Lennox Lewis (twice), Buster Douglas, George Foreman, Larry Holmes, Michael Moorer (twice), Ray Mercer, Michael Dokes, John Ruiz (three times) and Hasim Rahman. Holyfield fought everybody.

Of all the fights in his career, Holyfield, not surprisingly, said it was the first victory over Tyson that was the most significant.

“The fight that made me feel like I had made my case, that took all the weight off my back, was that first fight with Mike Tyson,” Holyfield said. “I think that’s because, even though I had done a lot — I had already been heavyweight champ twice — people continued to say, ‘Well, you been champ twice but you ain’t whooped Mike Tyson.’ But he wasn’t there, so I didn’t have to. But it was pleasing when I did beat him to [win a third heavyweight title].

“My goal never was to chase people. I was chasing whoever had the titles. He was champion. I was chasing belts and he just so happen to have one. So as long as you trying to be the champ, you got to fight the guys with the belts. That’s ultimate goal of boxing.”

Tyson, of course, was an enormous favorite and a fight with Holyfield had been talked about for years but derailed when Tyson lost the undisputed title to Douglas and later wound up in prison.

But all along, Holyfield believed he would be able to beat Tyson even if virtually nobody else gave him a chance — except Annie. Holyfield said she told him years earlier that if he fought Tyson it would be an easy fight.

Holyfield did not believe her at first, but eventually did.

Showtime boxing announcers Barry Tompkins, left, and Steve Farhood will be inducted into the Hall of Fame in the observer category. Photo provided by Showtime

The toughest fight Holyfield said he ever had was the 1986 battle with Qawi. Holyfield won his first world title at cruiserweight in front of his hometown fans in Atlanta by split decision. It was a raging battle in just his 12th pro fight.

“Qawi was by far the toughest fight. By far,” Holyfield said. “No fighter ever pushed me to that limit. Oh my, that was a very tough fight. Condition-wise, I knew I could do it.”

The fight was so tough that Holyfield said he lost 15 pounds during the bout.

If Qawi was the toughest, high on that list are the three fights with Bowe. Holyfield lost a decision and the undisputed heavyweight title to him in the first fight in 1992, regained the title by decision in the 1993 rematch and got knocked out in the eighth round of the 1995 rubber match. All three fights were dramatic, action-packed battles.

“Those three fights with Bowe, they were outstanding fights,” he said. “The first fight humbled me a little bit. I felt I could beat anyone with two hands, but Bowe proved if you don’t have a strategy you’re not going to beat a guy like him. He had a lot of talent.

“I beat him the second fight but I truly believe the first fight, even though I lost, gave me respect. A lot of people knew I could really fight after that one. They said, ‘Doggone, look at this guy. Look how he fought that big guy.’ Look at our size. This boy was knocking the daylights out of me and we stood toe to toe. After that I had respect because after that fight a lot of people didn’t want to fight me.”

In the end, Holyfield did fight a who’s who of his era. And he beat most of them.

“I didn’t make up excuses on why I shouldn’t fight this guy or that guy,” he said. “I fought everyone I was supposed to do. I fought everybody. No excuses.”

He did that because he had a singular goal, one instilled in him by his mother.

“My momma, she’s the one who told me every time I should do my very best and that’s what I always tried to do.”