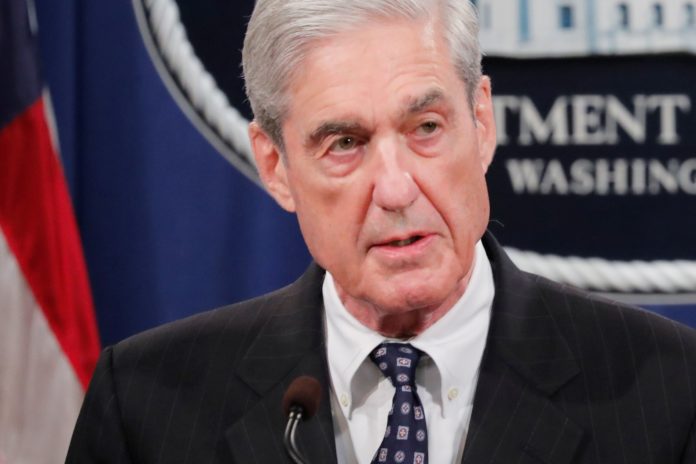 Former special counsel Robert Mueller is now a private citizen, but he’s about to make his most public appearance yet — and lawmakers of both parties are planning to make the most of the occasion.

Mueller, one of the most discussed but least visible public figures of Donald Trump’s presidency, will testify in public hearings before two House committees on July 17.

Democrats hope Mueller will not only nail home the most damning findings from his 448-page Russia report — which most Americans likely haven’t read — but also offer some new dirt on Trump. Republicans, many of whom soured on Mueller over the course of his probe, will likely press the former FBI director to respond to accusations of political bias in the government and on his own investigative team.

“If all he does is reiterate” the top lines of the report, “then perhaps it’s worthwhile,” said Rep. Mike Quigley, D-Ill., in a recent MSNBC interview. “But there’s so much more to talk about.”

Mueller’s probe of Russian meddling in the 2016 U.S. election, possible Kremlin coordination with Trump’s campaign and possible obstruction of justice was completed in March. The lengthy report on the special counsel’s findings was released, albeit with redactions, in April.

In May, at his first and only press conference since the probe began two years earlier, Mueller resigned his Justice Department post with an aim to “return to private life,” and warned that any further public remarks from him, including public testimony, “would not go beyond our report.”

“It is important that the office’s written work speak for itself,” Mueller said.

But following months of negotiations and pressure from Congress — including Democrats issuing subpoenas for him to testify — Mueller agreed to appear in public before the Democrat-led House Intelligence and Judiciary committees.

House Intelligence Chairman Adam Schiff, D-Calif., one of Mueller’s loudest defenders in Congress, said that “there’s no limitation on confining his testimony to the four corners of the report. That may be his desire, but Congress has questions that go beyond the report.”

During the 22-month investigation, Trump had regularly sniped at Mueller from his Twitter account, calling the investigation a “witch hunt” and accusing Mueller’s team of Democratic bias against him.

“The obvious question is the one that everyone in the country wants to know: When did you first know there was no conspiracy, coordination or collusion?” said Judiciary Committee member Rep. Jim Jordan, R-Ohio, Politico reported. “How much longer did it take Bob Mueller to figure that out? Did he intentionally wait until after 2018 midterms, or what?”

Trump and other Republicans have zeroed in on Peter Strzok, who played a key role early in the investigation but was removed from Mueller’s team in July 2017 after it was discovered that he and former investigator Lisa Page, with whom he was having an extramarital affair, exchanged a series of anti-Trump text messages.

They have also raised concerns about the government’s use of a largely unverified dossier, which alleged salacious connections between Trump and Russia, in a request to obtain a surveillance warrant for former Trump campaign associate Carter Page.

Barr, who was heavily criticized by Democrats for his handling of the public release of the slightly redacted Mueller report, has said he believes “spying did occur” on Trump’s 2016 presidential campaign. He confirmed that the DOJ is reviewing the origins of the Russia probe.

The Intelligence Committee’s ranking Republican, California Rep. Devin Nunes, said in a Fox News interview that he plans to ask Mueller about when the investigation into Trump’s campaign began. The FBI says it began in July 2016, but “that is a total lie,” Nunes claimed.

Democrats, who in March launched a sweeping corruption probe into dozens of individuals and entities associated with Trump, are just as interested in the things Mueller wasn’t able to investigate.

Rep. Jackie Speier, D-Calif., “would like to know the extent to which that impacted the investigation,” a staffer for the congresswoman told CNBC. “And she would also like to know what Mr. Mueller thinks should be Congress’ next steps.”

Rep. Denny Heck, D-Wash., told CNN that he wants to ask Mueller whether it is true that the probe did not look into any potential financial conflicts of interest Trump may have, among other questions.