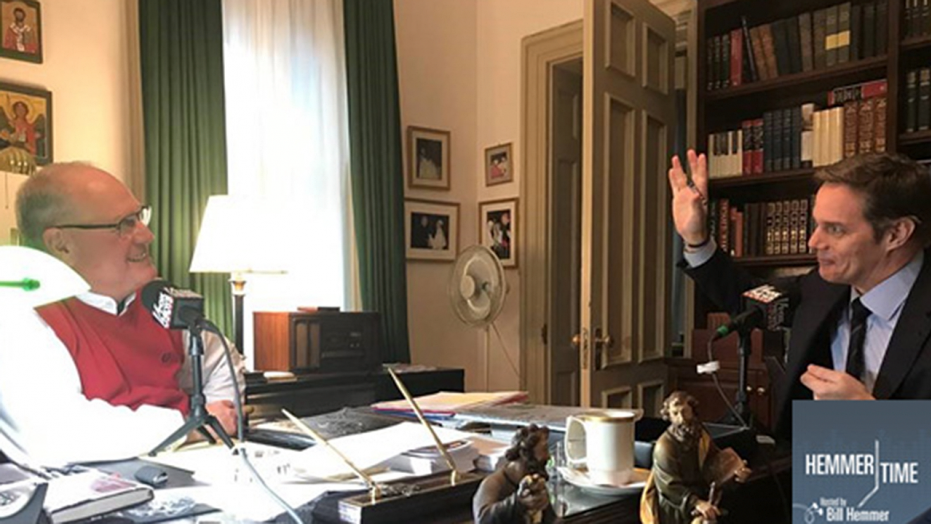 It is one of the most important weeks of the year for Christians.

Today, on Easter Sunday, more than a billion people around the world will pause to recognize the crucifixion and resurrection of Jesus Christ.

From his residency at St Patrick’s Cathedral in New York City, Cardinal Timothy Dolan — Roman Catholic archbishop of New York — spoke with Fox News’ Bill Hemmer about his message for millions of American Catholics this Holy Week – and specifically, his Easter Sunday sermon.

“In my mind, I have been mulling over the Easter Message for the 40 days of Lent. Because Easter is the summit of everything we do and mean,” the cardinal said.

Hemmer – who anchors “America’s Newsroom” weekdays from 9 a.m. to 11 a.m. on Fox News – asked Dolan for his reflections on how quickly the world moves today.

“Pope Francis has spoken about this. As much as he praises technology and social communications, he says ‘Thank God we’ve got those because they can bring us together.’ But he said the temptation is we become distracted and we become reactive to these things.

“And he would suggest, we always have to step back, we need a reflective posture, and that can only really come with some silence.”

Delving into how that impacts faith and religion, the cardinal said: “A lot of the things we used to do that encouraged silence and reflection, they’re gone. I’m glad we got it because we can communicate, but they can turn us inward, they can make us – in a term that Pope Francis uses – they can make us self-referential.

“Where, the essence of faith and really the essence of healthy, wholesome, productive human life, is to make God and other people the center of our lives.”

Dolan, 68, also discussed with Hemmer how his Midwestern childhood prepared him to serve as a leader of the Catholic Church in America, and the “Pope Francis effect” – five years into the papacy.