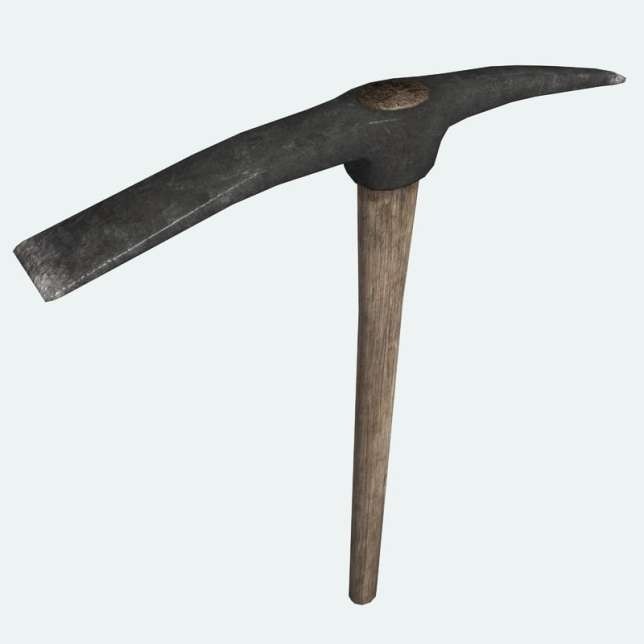 A heartless 27-year-old father from Limpopo in South Africa has appeared in court after he brutally killed his six-month-old baby with a pickaxe after accusing his 19-year-old wife of infidelity.

Lesiba Motsai reportedly walked into Modjadji Marikhela’s home in Hlala-Mpsha section on Thursday, May 3 and demanded to see the baby called Bonolo.

Modjadji Marikhela narrated that: “He said we should go to his place so he can relax with the baby and I agreed. When I was about to leave, his mother requested I leave Bonolo behind because she hadn’t seen her in a long time.

“I then told his mother that my younger sister will come and fetch her before sunset. All of a sudden he started accusing me of cheating. I told him to get lost because, me and him, we were no longer an item.”

She said the accused suddenly pounced on her and assaulted her before pulling out a shoe sewing needle and threatened to hurt her.

He then said that she would never see her baby again, while he walked towards the door of the room in which the innocent baby had been kept.

Modjadji Marikhela’s 13-year-old younger sister who was a witness to the gory incident reportedly told the Sowetan that:  “He was trying to gain access into a room where the baby and his mother were after she had locked him out. He forced the door open and got to Bonolo before me.

“He placed the baby under his armpit and reached out for the shoe needle from his pocket, and stabbed the baby in the head. He then pulled it out and stabbed her again in the stomach.

“He left the baby on the ground thinking she was dead. He then returned after hearing Bonolo’s desperate cough and came back with a pick and finished her off. Her small intestines were exposed.”

Motsai tried to hang himself in order to escape justice, but vigilant neighbours restrained him.

He was subsequently arrested and arraigned for court. On his first appearance at Mookgophong Magistrate’s Court in Limpopo last Friday, Motsai reportedly told Magistrate Frans Mahodi that: “She said she was going to visit her grandmother’s house at a nearby township but only to find out she went to see her boyfriend.”

After the magistrate warned the suspected murderer that “it is inhumane what you did and you can go to jail for very long time” he said “I intend to plead guilty and I am prepared to go to jail for killing my baby.”

He said he wanted to represent himself in court, but the magistrate insisted that he must employ the services of a Legal Aid lawyer.

Magistrate Frans Mahodi adjourned the case till May 31 for a bail application hearing.

Meanwhile, the bereaved mother, Modjadji Marikhela, has vowed to get her ex-husband killed if he is released on bail.

She said: “I’m heartbroken and I don’t know what an innocent baby did to him to be slaughtered like an animal. I want him to die. I don’t want to see him again because if he comes I’m going to mobilise the community to kill him.”