He was offered a job at a church in N.L., or maybe Nunavut. Unfortunately, it doesn’t exist 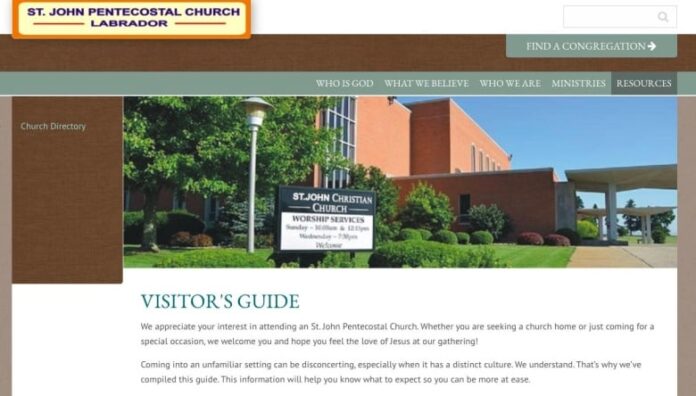 Bernard Obu Asare says he was looking for new opportunities a couple of months ago when an ad popped up on social media.

It pitched the chance for a life-changing move thousands of kilometres from his home in the western African nation of Ghana to Canada, and the opportunity for church work in Newfoundland and Labrador.

Asare says he filled out forms and was offered a contract position as an outreach minister.

But then the request came for money — nearly $1,000 for a “Canadian health ministry insurance fee.”

Asare decided to carry out more due diligence before paying.

“I was vigilant enough,” he said in a recent interview from Accra, the capital of Ghana.

“I decided to make some searches and to see which people will be able to help me to investigate.”

Those searches led him to the CBC Investigates email address in Newfoundland and Labrador, where his inquiry would soon prompt calls to a small-town Nunavut mayor and people in parts unknown.

Those searches would lead to places that don’t exist. His intuition was right: things were not actually as they appeared.

“Honestly, I was surprised because for me everything in there looked genuine,” Asare said.

The St. John’s address for the church is bogus. And the email asking for payment came from a purported law firm in Nunavut that also doesn’t exist.

Someone using the email address associated with the “St. John Pentecostal Church,” wrote CBC News to explain that the Newfoundland and Labrador-based address on the website is a “postal/virtual” one.

The email noted that “our worship center is located in Alert, in the Qikiqtaaluk region of Nunavut, Canada.”

Alert is just over 800 kilometres from the North Pole. According to the Canadian Forces, military and government employees comprise its entire population. There are about 55 full-time military and civilian personnel there.

The website for the church offers Sunday school for school-age children and provides a history of its formation in Newfoundland and Labrador.

The people behind the church website did not respond to a followup message seeking clarity about that.

CBC News had a brief conversation with someone who answered the number listed on the website of the purported law firm in Arviat, Nunavut, which asked Asare for money.

They insisted they were actually located at that address, before the call abruptly disconnected.

However, the mayor of Arviat says there is no law firm located in the hamlet of around 3,000 people, and that the address is not real.

“This is a town small enough and so isolated that everyone knows everyone,” Mayor Joe Savikataaq Jr. told CBC News.

Savikataaq says he was surprised by what he saw on the website flagged to him by CBC News, and added that it could seem legitimate to someone not from the hamlet.

“But when you are from the place where they claim to be from, it’s eye-opening,” the mayor said.

The lawyers named on the website are not registered to practise law in the territory, and their pictures are actually stock photos found elsewhere on the Internet.

‘More and more con artists out there’

Immigration lawyer Meghan Felt agreed that someone not familiar with Canada could get the impression the websites for the fictitious church and lawyers were real.

“It was an attempt, a good reasonable attempt, to make it look legitimate, when really it wasn’t at all,” said Felt, a partner and immigration lawyer with McInnes Cooper in St. John’s.

She says one of the first things anyone should do as part of their due diligence is to make sure they look up the relevant lawyer through the provincial or territorial law society to ensure they are real.

“We’re seeing it all the time. And with the Internet being as vast as it is, it’s just really important for everyone to do their due diligence and to do their homework.”

Asare can vouch for the importance of due diligence, having taken that crucial step before sending off any money.

“If I hadn’t contacted you, probably I would have easily fallen prey to them,” he said.

The Canadian Anti-Fraud Centre told CBC News it has received one report about the exact same situation faced by Asare.

The centre says as of mid-November it had received 58 job scam reports where immigration and/or visas were promised. Of those reports, 37 were from victims reporting a total loss of more than $222,000.

After hearing the church didn’t exist, Asare played along with the scammers for a while, before they ultimately terminated their offer to him.

He still hopes for an opportunity to come to Canada but says he will be careful about who he is dealing with to make that dream a reality.