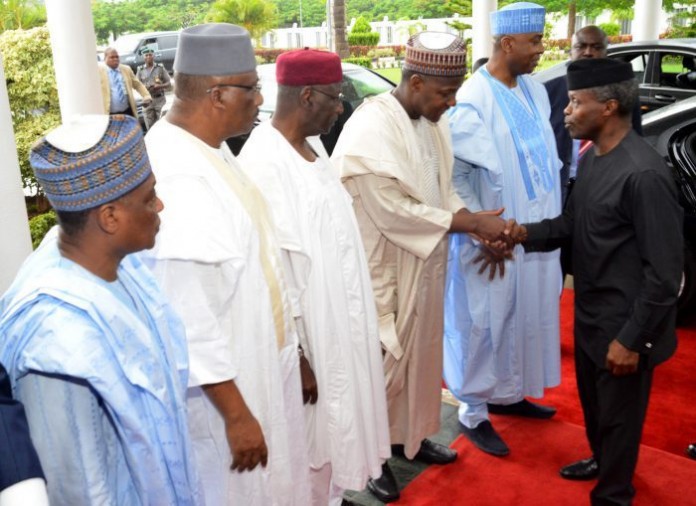 Acting President Yemi Osinbajo has warned that persons agitating for secession and the northern groups that issued ultimatum to Igbo risked jail terms as they violated Nigeria’s laws.

Osinbajo gave the warning at a consultative meeting with traditional rulers from the South-East at the Presidential Banquet Hall, Abuja, on Sunday.

He said that the manner of the agitations, method and objective were wrong, unlawful and clearly violated the nation’s Constitution.

He said: “I want to repeat that both the agitations for secession and the ultimatum to leave the northern states are wrong and a violation of our Constitution.

“Our Constitution says in Section 2 that Nigeria is one indivisible and indissoluble sovereign state to be known by the name `The Federal Republic of Nigeria’.

“That is the law of our country. Let us not be in any doubt about the fact that the Federal Government is committed to ensuring that our country remains united.

“And, anyone who violates the law in the manner such as we are seeing all over the place will be met with the full force of the law.

“The reason why it is so is because for Nigeria’s unity, enough blood has been spilled and many hundreds of thousands of lives have been lost.’’

The acting president recalled that many Nigerians had paid the supreme price to keep the country united, saying that “it will be wrong for men and women of goodwill in this generation to toy with those sacrifices that had been made’’.

He, therefore, maintained that men of goodwill must not tolerate any tendency that would drag the nation in the direction of yet another civil conflict.

He, however, said that the government and people “must be sensitive to the reasons why there are agitations by the various young men across the various zones of this country.

“Many have to do with perceived marginalization; some have argued that safety in the different zones has been compromised.