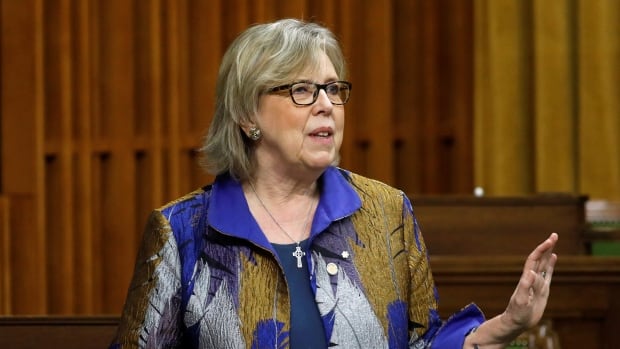 Green Party of Canada member of Parliament Elizabeth May says she has tested positive for COVID-19.

She found out on Thursday and is “very sick,” May tweeted on Friday.

She said she isolated herself when she started feeling unwell and doesn’t think she will be hospitalized.

May said she has been back in Ottawa since March 20 and the COVID rates in the city “are crazy high.”

She said the illness is no joke and she is angry because too many people are not wearing masks.

May followed with another Tweet, saying she is “not as angry as grateful for lovely kind messages. Please everyone — stay safe. This is no time to be in crowded indoor spaces.”

The MP for Saanich-Gulf Islands is the parliamentary leader of the Green Party.